Writing about the historical Old West is in my blood!  Why? Because I was born near the Oregon Trail in Kearney, Nebraska. As a young girl, I became interested in the history of nearby Fort Kearny after which my hometown was named and equally fascinated to read about the soldiers, pioneers, and Native Americans who helped create the history of America's growth westward.

Fort Kearny was founded in 1848 along the Platte River and named after then Colonel and later General Stephen W. Kearny.  As an interesting side note, the "e" was added to Kearny by postmen who consistently misspelled the town name.  Also one should not confuse Fort Kearny with the historic Fort Phil Kearny located in Wyoming and named after Kearny's nephew, Maj. Gen. Philip Kearny. 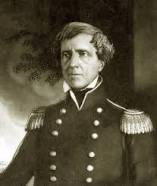 Despite its lack of fortifications, Ft. Kearny served as a way station, sentinel post, supply depot and message center for 49ers bound for California and emigrants traveling to California, Oregon and the Pacific Northwest.  Numbering in the hundreds of thousands, those brave pioneers crossed the continent searching for economic opportunity, and who associated land ownership and farming with freedom.

Throughout most of its 23-year history, the outpost consisted mostly of wooden buildings surrounding a central parade ground without fortified walls.  Throughout the decades of its use until the completion of the transcontinental railroad, the buildings became slightly more permanent, changing from adobe and sod structures to the wooden frame buildings. 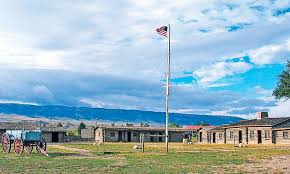 As the first U.S. Army post on the Oregon Trail, it grew rapidly into an important trail stop. The fort accumulated large stores of goods for travelers, with the directive of selling them at beneficial cost to the emigrants. The commander of the fort was authorized to sell goods at cost to emigrants, and in cases of hardship, to give goods to them for free.  In 1850, the fort acquired regular once-a-month mail service with the arrival of a stagecoach route between Independence, Missouri and Salt Lake City.  It was the first regular mail service established along the trail. By the 1860's the fort became a significant freighting station and home station of the Pony Express.

Although it was in the heart of lands inhabited by Native Americans, and was near the center of hostile action in the 1860's, no direct attack was ever made on the fort.  However, in the summer of 1864, the irritation of the Native Americans at the encroachment by white settlers culminated in violent attacks on wagon trains along the Platte and the Little Blue River.  During this time, soldiers from Fort Kearny began escorting wagon trains and the fort became a center for refugees fleeing from attacks.

The construction of the Union Pacific Railroad across Nebraska starting in 1867 largely marked the end of the need for a fort to protect and supply wagon train emigrants. Following the completion of the transcontinental railroad in 1869, the U.S. Army issued an order for abandonment of the post in May, 1871. 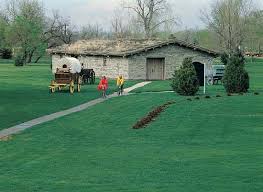 In 1960, Nebraska designated the land where the outpost once stood as Fort Kearny State Historical Park.  Archeological exploration has located the building sites that are now marked with interpretive signs. Replicas of the palisade and blacksmith shop were built. An interpretive center presents audio-visual programs and museum displays. The park's 40 acres also acts as a recreational area, providing hiking trails, camping, picnicking and boating.

Fort Kearny played a vital role in the settlement of the American West. I feel fortunate to have spent part of my childhood living nearby and thus, developing a love for our western heritage and more importantly a love of writing about it.

The fort's history was the inspiration for writing Book 1 of the Wheels of Destiny Trilogy, Trail To Destiny,which takes place along the Oregon Trail.