In today’s jet-setting world, we tend to forget how laborious and time-consuming travel used to be. Sure, we occasionally think of the Oregon Trail and the people who traversed the western United States along its continuous pathway. We even like to read stories with characters that are struggling to cross those endless plains and mighty mountains. However, I’ve noticed a trend in my own writing, and a connecting one in some of my readers’ minds when they read my historical western romances. You see, in my historical western romances, my characters are on the move. Since my stories take place long after the prime era of the Oregon Trail migration, railway travel is the mode my characters most often use. And, well, they use it a lot. How exactly they manage to pay the expensive travel fare is something I usually leave up to the reader's imagination. 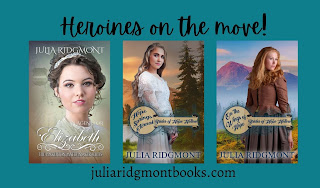 In my first Pinkerton Matchmaker book, An Agent for Elizabeth, however, I had 18-year-old Elizabeth purchase a train ticket for $122 to travel from Kansas City to Denver. I, along with a few of the authors in the series, made an educated guess based on a travel log that one of the authors was able to pull up online. Turns out that we were pretty close! Other sources I have since run across mention that train fare cost 2-3 cents per mile, and in 1870, a trip from New York to San Francisco cost around $136 if traveling first-class in a Pullman car. That was quite a lot of cash for the average person to hand over back then. It was Elizabeth's stepmother who provided her with the funds to make this trip. What neither of them knew was that Elizabeth wasn’t just going to meet her beau—who didn’t know he was her beau—she would need to become a Pinkerton agent in order to snag his interest!

As for my heroine, Susannah Eversoll, in my Brides of Hope Hollow story, Hope Springs Eternal, she migrated from Missouri, where she grew up, to Dakota Territory, when her first husband took a job there, and then to Piedmont, Wyoming. I imagine, as the general notion goes, most regular folks in those days didn’t travel more than five to ten miles beyond their childhood homes is true. However, as Laura Ingalls Wilder, along with other journals from people who lived back then have proven, there were some brave souls who did step into the great unknown and make long treks for the purpose of bettering their lives. My own ancestors were some of these folks. I’m not sure how desirous they were for seeking riches or seeing parts of the country they hadn’t seen before, but they were Mormons who were being driven out of their homes and needed a place of refuge. They traveled right alongside the folks who were going to Oregon or to the California gold fields, only they stayed on one side of the Platte River while the rest of the travelers stayed on their side, mainly for protection against anyone who might hold strong sentiments against them and therefore cause more trouble than they’d already faced back East.

Back to Susannah, though. She and her husband wouldn’t have traveled by rail up to Dakota Territory from Missouri. This was during the time of the Civil War. They left that state because of the conflicts that were happening (and unbeknownst to Susannah, her husband was deeply involved in them). Maps from that era show there were no rail lines heading up that way. It would have been a long and arduous journey, especially since their daughter, Melissa, was so young at the time.

One reason that I chose to place Susannah and her first husband in Dakota Territory, even though it didn’t have a huge bearing on the story, was that in 2019, my family and I traveled up from Arizona to Wyoming, stopping at Independence Rock. From there, we went into Deadwood, South Dakota, and then down to western Nebraska, visiting a few historic places there, and home through Colorado and New Mexico. So it was one big loop for us—and an incredibly enlightening trip for me. In South Dakota, I fell in love with the beautiful, fragrant blossoms there. I never imagined the prairie land looking and smelling so vibrant and fresh. I was amazed! Perhaps someday I’ll write a book that fully takes place there. Here are a few pictures from that trip. It’s definitely time to take another one! 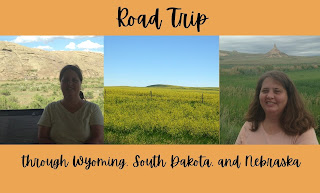 As you can also see from the map above, there were no rail lines going straight into southern Oregon from Wyoming and Idaho in the 1880s, where the Brides of Hope Hollow series takes place, so my brides have to travel through California and then up that way. Ariana, the schoolteacher in my last BofHH story, On the Wings of Hope, did some major traveling before finally settling in Hope Hollow. Her reason? She was being chased by a strange man. She started teaching in western Nebraska and then made her way to Rawlins, Wyomings, then to Carson City, Nevada, and a fictional town in northern California. And still the man followed her! I don’t know about you, but I would keep on the move if I were a lone woman in 1882 and a man whom I didn’t know kept showing up in the places I moved to!

Incidentally, Ariana's story doesn't begin in Nebraska. She was a rider on an orphan train. As you can see from this map, at the time Ariana rode the rails to her new home, the Union Pacific Railroad only went a little ways past Omaha, and that's where she was adopted into a not-so-loving family.

So while the stories of these women traveling such far distances, and many times on their own, might seem farfetched, there were actually several brave females who did this in real life (check out the real life story of Charley Parkhurst here). And I want to pay homage to them. I don’t know that I would have had the fortitude to do such a thing. Perhaps some of them were escaping a bad situation at home. Perhaps they felt there were no opportunities for them. I especially like the fact that they put their trust in God to bring them to a place of prosperity. I am of the mindset that we shouldn’t settle for less than happiness. Yes, the old adage to bloom where you’re planted is a good one. But we can also plant ourselves where the soil is more fertile.

I hope these women and others in your life inspire you to take a leap of faith into the unknown. No matter what, we must keep plowing ahead until we reach our goals.

One step at a time.

To learn more about Julia’s books, visit her Amazon page. 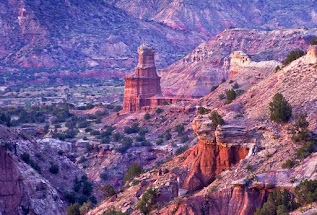 Caroline Clemmons is a bit under the weather, so I'm filling in for her today.

Most people in the United States have heard of the Grand Canyon. But did you know that the second largest canyon in the U.S. is in West Texas?

For 12,000 years, humans have been in the Palo Duro Canyon, beginning with the Clovis and Folsom people who hunted mammoths and bison through the area.The Apache, the Comanche, and the Kiowa also inhabited the canyon, which was named Palo Duro, or “hard wood,” by the Spanish explorers.

One tragic episode in the history of the Palo Duro Canyon is the Battle of Palo Duro, the defining battle of the Red River War (June 1874 to spring 1875). A group of Comanches, Kiowas, and Cheyennes were hiding in the canyon.  At dawn on September 28, Colonel Ranald S. Mackenzie led his 4th U.S. Calvary in a surprise attack. The Native Americans fled further up into the canyon, leaving behind their horses and all their belongings.  The U.S. troops captured 1,400 ponies, shooting most of them. The soldiers burned the encampment, leaving the tribes with no supplies or food. The surviving families were forced to return to their reservation.

In 1878 Charles Goodnight drove 1,600 longhorn cattle to the Palo Duro Canyon. Goodnight and his partner, John Adair, founded the J.A. Ranch in 1877.  Cornelia, Adair’s wife, took over as partner when Adair died in 1885.  In 1887, the partnership ended because Goodnight began to pare down his ranching responsibilities. The partners divided the land, and until 1890, most of the Palo Duro Canyon belonged to the J. A. Ranch. Descendants of John and Cornelia Adair still run the J.A. Ranch today. 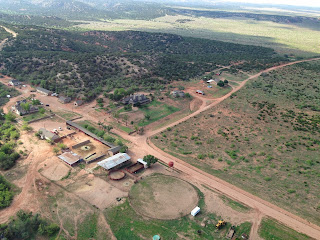 In 1933, the state of Texas bought the Palo Duro Canyon. Men from the Civilian Conservation Corp, the program created by Franklin D. Roosevelt to give people jobs during the Great Depression, began work on the park. They build the CCC Trail, the road to the canyon floor, then the El Coronado Lodge, 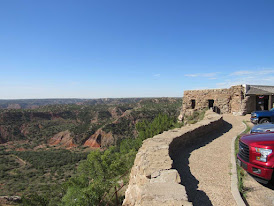 which is the current day Canyon Gallery and Visitor Center, and several cabins. Today, the Palo Duro Canyon State Park is the second largest state park in the United States, encompassing approximately 28,000 acres.

Texas: The Musical is a popular attraction with music, dance, fireworks, and special effects.  People come from all over the world for the experience of watching the historical musical in the open air theater. 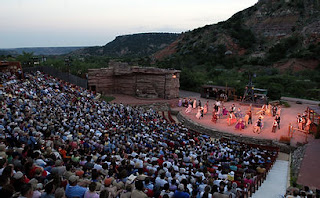 The rules for the state park are few: Don’t remove artifacts from the park, don’t bother the wildlife, and keep the park clean. It’s a breathtaking area of the state with a rich archeological and geological history. 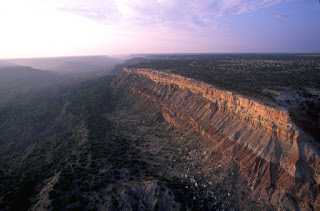 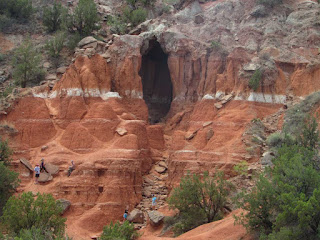 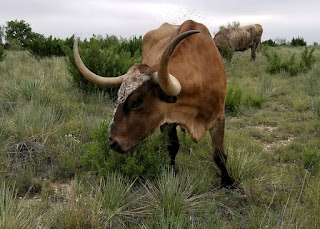