When Taffy Pulling Parties were Popular 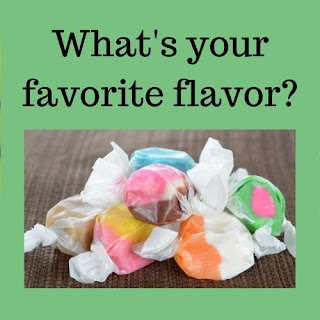 Have you ever pulled taffy by hand? I must confess I have not. To be honest, the task sounds difficult and tedious to me. However, I also understand how the task might become much more enjoyable when doing it in the company of others. Taffy pulling became all the rage back in Victorian times, especially during the winter when the weather turned bitterly cold and most activities came to a screeching halt. Both men and women (or young men and young women) attended these events, which also provided a wholesome way for members of the opposite sex to get to know each other better. I wonder how many matches were made from these parties!

If you look up a pioneer recipe for taffy (or toffee, as it was called in Britain), you will find molasses or sorghum to be the main ingredient. That is because sugar became scarce during the Civil War, and the other two were readily available. The molasses or sorghum had to be boiled with water until it formed a soft ball stage, about 250 degrees Fahrenheit. In some recipes, you will find that glycerin is used. In others, cornstarch and corn syrup. Whichever ingredients you use, however, be sure to pour it out onto a buttered surface and butter your hands as well.

After it cools a bit, the taffy can be scraped together and then pulled and folded over. The pulling and folding allows for aeration within the fibers of the candy. As the candy is pulled and folded over, again and again, it hardens until it is almost impossible to do so any longer. At that point, it gets rolled into a rope and then individual pieces of candy are cut and wrapped in wax paper.

Even though taffy now can be made by machine and turned into all sorts of delicious flavors, I still like the thought of joining a set of peers for one of those old-fashioned parties. Can you imagine what fun conversations might have occurred at a party like this? Or who would have been eyeing whom, hoping to get paired up with that person? I enjoyed imaging this very scenario while writing A Lumberjack for Christmas, a mail-order bride story that released earlier this month as part of the Spinster Mail-Order Brides multi-author series. Not only did Molly, my female protagonist, who married Brandt Troonedale dream up and then organize this fun activity, showing her new husband that she’s the kind of person who goes after what she wants, but several younger characters paired up. It was fun to put different characters together and see how they would interact. I imagine that I will someday revisit this small town of Pine Ridge, Arizona, and create more stories that take place there!

For this one, though, Molly Crismon has decided to leave her home in New York without her father’s knowledge and marry a lumberjack with two small children. However, when she arrives in Pine Ridge, she discovers that the man she was supposed to marry is at death’s door after a horrendous accident. Good thing his best friend, Brandt, is able to step in and take his place, even if that isn’t exactly what Brandt wants to do. He had hopes of following the next logging job down in South America. However, neither Molly nor Brandt expect Molly's father and former beau to suddenly show up and make demands of their own. Will Molly and Brandt be able to provide a wonderful Christmas for these two orphans? Will their hearts knit together in love by then? 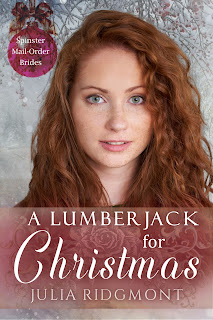 You can find out the answers to those questions by reading A Lumberjack for Christmas, available here. Which then leaves only one more question to be answered:  what is your favorite flavor of taffy?
Posted by Julia Ridgmont at 7/28/2020