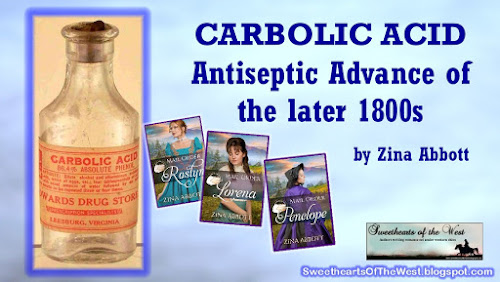 Many of us are aware that the surgical procedures during the American Civil War were mostly conducted without much thought to cleanliness. The germ theory developed by Louis Pasteur in the 1850s was not well-understood, and often rejected, even by esteemed and experienced surgeons. The importance of antiseptic procedures were not understood and mostly not practiced.

Sepsis, also known as wound infection, tetanus, septicemia, wound fever, and hospital gangrene, was the most prominent problem of surgery in the 18th and 19th centuries.

Dr. William Keen, the first neurosurgeon in the United States, served in the Union Army. He described the standard of surgical hygiene as follows:

We operated in old blood-stained and often pus-stained coats, the veterans of a hundred fights. We operated with clean hands in the social sense, but they were undisinfected hands. We used undisinfected instruments from undisinfected plush-lined cases, and still worse used marine sponges, which had been used in prior pus cases and had only been washed in tap water. If a sponge or an instrument fell on the floor it was washed and squeezed in a basin of tap water and used as if it were clean.

Some realized alcohol—the kind people drink—could help hold down infection. However, other surgeons denied the necessity of even washing their hands between patients.

a talented British surgeon. He became a Fellow of the Royal College of Surgeons in 1852. He developed a deep concern about the infections that seems so common after surgery. Where most doctors wrote them off as part of the risk, he sought to discover what caused them and how to help prevent them. He found himself in a position to do so when he became the professor of surgery at Glasgow University.

Dr. Lister was aware of the work of both Ignaz Semmelweis, an early pioneer in antiseptic procedures (discovered that the cases of puerperal fever, or “childbed fever,” could be drastically reduced by hand disinfection in obstetrical clinics. In 1847, he proposed the practice of washing hands with chlorinated lime solutions.) and Louis Pasteur, whose medical discoveries provided direct support for the germ theory of disease and its application in clinical medicine. Building on that, he began exploring ways of adapting their findings the surgery.

In 1834, German chemist Friedlieb Ferdinand Runge discovered a phenol, now known as carbolic acid, which he derived in an impure form of coal tar.

Carbolic acid had been used to reduce the stench of fields that had been irrigated with sewage. Since livestock that grazed on the fields showed no ill effects, he deduced that it could be used as a disinfectant.

Lister started to experiment by spraying surgical instruments, the incision site, and the surgical dressings with carbolic acid. He also insisted that doctors should wash their hands before and after in a 5% solution of carbolic acid (At full strength, is it very toxic). The result was that his infection rate dropped dramatically. Then in 1865, he applied carbolic acid dressings directly to the wound of an 11 year old boy who have been run over by a cart and sustained a compound fracture of his leg. Usually, a compound fracture meant amputation or death. The dressing was changed after two days without signs of infection. Six weeks later, the leg was completely healed.

Once Lister was sure his method worked, he published his findings in the scientific magazine ‘

In 1871, Lister invented a carbolic acid steam spray for the purpose, which emitted a yellow, sweet, tar-like smelling mist into the air around the operation. These spray machines were cumbersome, weighing around 4.5 kg, but soon surgeons all over the world we're using them.

Because of the success of the antiseptic properties of carbolic acid, carbolic soap was invented. It is a mildly antiseptic soap containing either carbolic acid In 1894, William Lever, 1 One of the distinctive features of this soap is its deep pink to red color, which was added to the soap to designate it as carbolic soap. This addition of the red color was considered important to distinguish it as a germicidal soap. At the time it was introduced to the general public, it was the only germicidal soap available. By killing bacteria, it also acts as a mild deodorant. It was used by many families through the 1970s and distributed by the Red Cross and other organizations as part of disaster hygiene supplies.

Carbolic acid is used in a wide range of industrial and consumer products and applications. It can be a skin irritant with prolonged contact. This is one of the reasons carbolic soap has been displaced in hospitals by more gentle disinfectant skin cleansers.

Since my current work in progress, Mail Order Penelope, involves a military escort patrol traveling with the stagecoaches from the railroad's "End of Track" at Wilson's Station, I mention carbines. This book is on preorder now and will be released August 14, 2020.

My other two recent books, Mail Order Roslyn and Mail Order Lorena, are currently available. Please click on the book titles above to find the book descriptions. 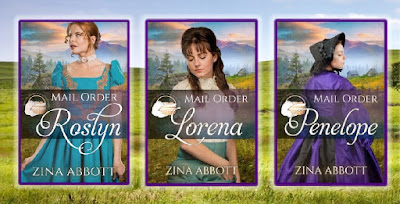 The Doctor’s Bag - Medicine and Surgery of Yesteryear by Dr. Keith Souter AKA Clay More 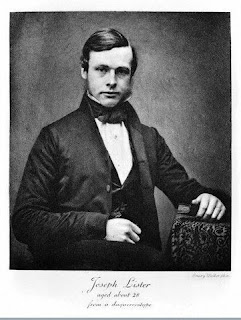