A HISTORY OF OUR AMERICAN FLAG By Cheri Kay Clifton

On this, the 244th year of our country’s Independence, I want to wish everyone a
Safe, Healthy & Happy 4th of July!

Our first National Flag, the GRAND UNION FLAG, was displayed on January 1, 1776 in Boston by General George Washington, the organizer of the Colonial Army under the directive of the young Continental Congress. 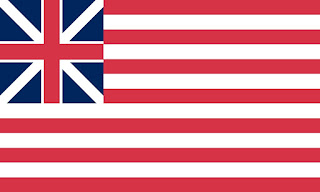 For the colonists, the GRAND UNION FLAG signified their loyalty to the Crown of England and their New Union.

The progress of the Revolution and the adoption of the Declaration of Independence soon outdated the symbolism of the GRAND UNION FLAG. On June 14,1777 the first congressional legislation creating an American flag was enacted.

“RESOLVED: that the flag of the United States be 13 stripes alternate red and white, that the Union be 13 stars white in a blue field representing a new constellation.”
Thus, was born a new Nation under the STARS AND STRIPES.

The NEW CONSTELLATION FLAG with its 13 stars and 13 stripes, represented the original thirteen founding states of the Union: Delaware, Pennsylvania, New Jersey, Georgia, Connecticut, Massachusetts, Maryland, South Carolina, New Hampshire, Virginia, New York, North Carolina, and Rhode Island.
Since the Flag Act of 1777 did not provide for the arrangement of the stars in the flag’s union, over 20-star designs have been documented for the NEW CONSTELLATION FLAG as being used in the eighteen-year period from 1777 through 1795. 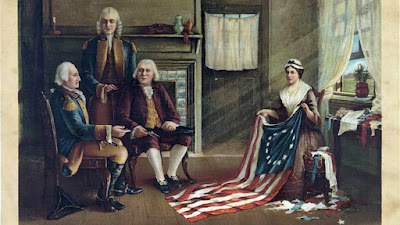 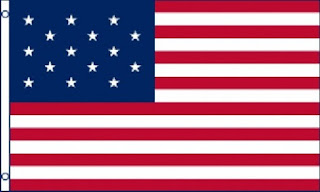 This SECOND NATIONAL FLAG recognized two new states that had been admitted into the Union, Vermont and Kentucky.

This new flag also inspired Francis Scott Key to write the Star Spangled Banner, and was our national flag for nearly a quarter of a century until the year 1818.

On April 4th, 1818, President James Monroe signed a bill into law as “An Act To Establish The Flag Of The United States” which provided for “a return to a flag of thirteen horizontal stripes, alternate red and white; and a Union to have twenty stars, white in a blue field.” This updated the flag to show the admission of additional five more states.

The Act also provided “That on the admission of every new State into the Union, one star be added to the union of the flag; and that such addition shall take effect on the fourth of July succeeding such admission.”

All succeeding design changes were due to the addition of stars to the flag’s union, upon admission of a new state to the Union. 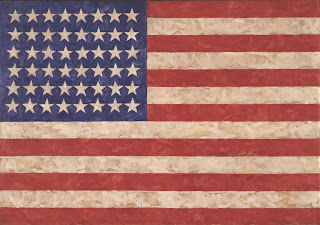 The forty-eight star flag WAS THE LONGEST LIVED OF ALL THE Stars and Stripes with official status of 47 years, from 1912 to 1959. Eight American Presidents served in office under this flag and three wars were fought under its banner. 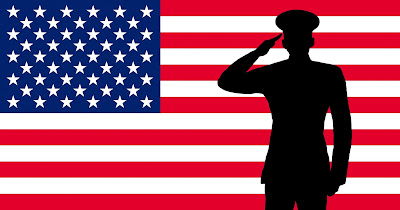 The design of the Stars and Stripes as the National Flag of the United States of America is one of the longest in the history of any country in the world.

Thanks for visiting Sweethearts of the West. I hope you'll check out my new release,
Yesteryear's Destiny, an adventure-filled time-travel,
Book 3, Wheels of Destiny Trilogy
available on Amazon, Barnes&Noble, iTunes, Apple and many other distributors. 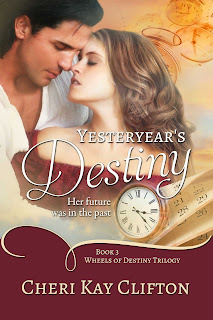