THE LOWLY BANDANA by E. Ayers

It’s been a part of western culture just as much as the cowboy hat. The hat shaded the eyes 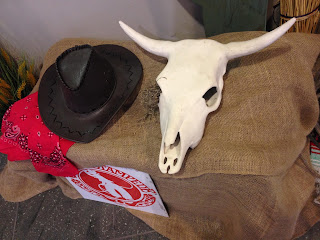 from blinding sun and kept the sun off the neck and ears. The bandana was used to cover the mouth and nose and protect it from dust during cattle drives or roping. It also could be wrapped around the neck to protect it from sun and soak up perspiration. It could be wrapped around the forehead to keep sweat out of the wearer’s eyes. And it was a handy hankie or towel and used for dozens of things including bandages.

My father always had cotton bandanas in his pocket when he worked. And in those days, those things had to be ironed. Guess what every little girl learned to iron on? Bandanas. Wouldn’t want to scorch a fancy hankie, but that poor bandana was more forgiving, or at least no seemed to complain if it wasn’t perfect. It was only a bandana.

Over the years it’s been used as head covering, a head band, a sweat band, and ponytail holder. Sometimes it was used to carry things. Drop in the center of a bandana and tie it up. Then it started to symbolize gangs. The average person quit wearing the traditional paisley bandana, especially if someone lived in a city.

But with Covid-19 pandemic, bandanas have taken on a new life. People are wearing them again as a face mask. Do they work? It’s probably one of the least effective masks. But! For those who have a problem wearing something over their nose and mouth, the bandana is an alternative. It’s better than nothing but not great. It’s less apt to wind up in your mouth when you try to talk.

I went to a drive-thru and the gentleman inside was wearing a mask. But I couldn’t understand anything he said. I finally gave up and said I was coming to the window because I could not understand him. It was a little easier face to face without a piece of electronic equipment between us. We all need to remember to be extra patient. We’re in this together. There are better and safer masks than the bandana. But maybe it still has a place during this pandemic. It’s better than nothing for those who can’t wear a traditional mask.
We’re not the only ones in history to wear masks. The Black Plague doctors wore the long beak masks. The beak was stuffed with herbal materials with the hopes that it might protect them. That ugly mask is how doctors gained the unwanted reputation for being “quacks.” Apparently, it didn’t work very well for them. They died and their patients died. It might have helped to cover up the stench of death. 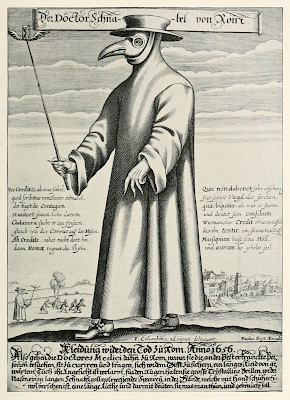 Paul Fürst, engraving, c. 1721, of a plague doctor of Marseilles

Remember, the mask is protecting others from you. So if you have a cough, fever, or have been exposed to the virus, don’t wear a bandana. Don’t go out unless you must, and then wear a real mask. But a clean bandana, folded and placed a zippered plastic bag, comes in handy when kept in the car or purse. It can protect your hands when that bottle cap refuses to budge or it can help grip the container so it doesn’t slide as you unscrew the cap. It can be used wet to help cool you on a hot day. And it looks really cute on the dog! 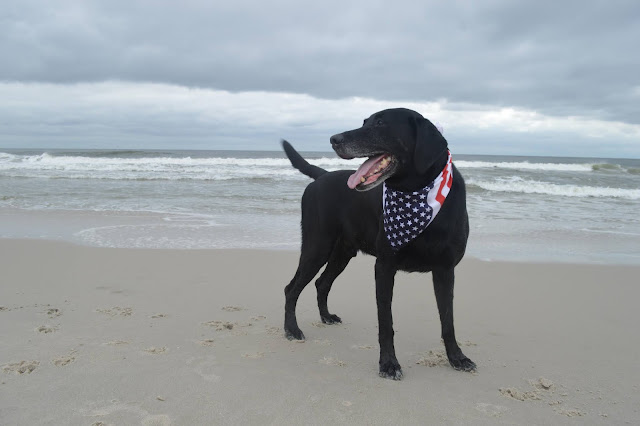 How do you use a bandana?

Click the link and you can read a sample.

A new mail order bride, Ellen has now been widowed.

With two young boys to raise, a dead mail-order husband, and no food or money, she is forced to shelter with the neighboring rancher. The same one who found her latest husband’s body.