Read Bury My Heart...and Yours Will Break! ~Tanya Hanson

My copy of the powerful book,  Bury My Heart at Wounded Knee, by Dee Brown,  sits beside me now, dog-eared to death, pages browned with time and coffee spills. Dates and names highlighted including such beautiful and poetic terms as Time of the Big Leaves, Yellow Leaves Moon, and Moon When the Chokecherries are Ripe. This American classic from 1970, subtitled "An Indian History of the American West, was described by the Washington Post, "not how the West was won, but how it was lost." 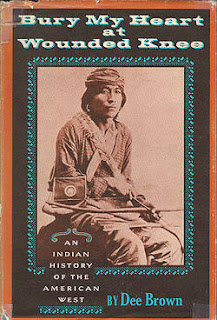 Such beauty aside, this is not a book for the faint-hearted. There are chapters I can’t bear to re-read, and many of today’s words have been hard to write. But since we at Sweethearts of the West, whether authors, readers, guests and commenters, love the American West, this book is not to be missed. The title comes from the last “Indian War” in December 1890, against Minneconjou (Sioux) chief Big Foot at Pine Ridge, South Dakota, in The Moon When the Deer Shed. (This “battle” deserves its own blog post sometime.)

The TV and movie Westerns of my childhood often presented Indians as bloodcurdling enemies out to massacre innocent settlers. The occasional good “brave” was a mono-syllabic caricature, often a doofus.  No American history class I’d ever taken explained the truth about “Manifest Destiny.”  Maybe because we couldn’t handle it. Brown’s book documents America’s westward expansion through the eyes and words of the great chiefs, vividly explaining four hundred years of injustice, broken treaties, and betrayal.

I hope things are different in classrooms now. During my career teaching American Lit, I spent a whole unit on the history and plight of the Native Americans because no teacher or prof ever told me the complete truth about, say, Christopher “Kit” Carson (1809-1868). His expeditions through the Rockies made him a national hero, and his first two wives were Indian. Yet in 1864, he relentlessly hunted down a group of Navajo. Not content with destroying their hogans (homes) and livestock, he chopped down their carefully tended grove of peach trees. 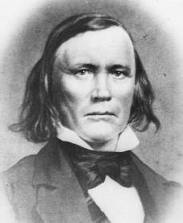 No one ever told me about the horrors of Sand Creek. Or of the Cavalry at Fort Robinson sending good-will blankets to the Oglala Sioux--—blankets infected with smallpox.

Or of Palo Duro Canyon, The Place of Chinaberry Trees. Only a few white men knew of this well-hidden canyon in the late summer of 1874. Without fear and stocked with food to last until spring, Kiowa, Comanche and Cheyenne sought sanctuary from the whites. Almost two thousand horses shared rich grass with the buffalo.  On September 26, the Bluecoats descended upon them, the warriors holding off long enough for their women and children to escape. But by days’ end, General Ranald “Three Fingers” Mackenzie rounded up the tribes’ treasured horses and had more than a thousand shot to death. (In a subsequent book, I learned that the horse-loving Cavalry greatly resisted these orders, and that the slaughter of the terrified beasts took more than eight hours to complete.) 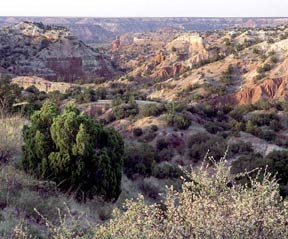 From the Nez Perce of the Pacific Northwest, I learned their poignant history in a personal way because my husband’s relatives hail from this area. I know Paty Jager hails from here, too and her expertise on the Nez Perce far exceeds mine. But of the many massacres and heart-rending betrayals in the book, the Nez Perce tragedy really speaks to me.

As with Squanto who helped the Pilgrims in 1620 and the Taino who treated Christopher Columbus like a god in 1492, the Nez Perce tribe met the white man in peace. In 1805, the tribe saved the Lewis and Clark expedition from starvation and dysentery, fed and welcomed them, and tended their horses for months while the party explored the Pacific shore. For the next seven decades of friendship, the Nez Perce proudly declared they had never shed white blood.

Their home turf was Oregon’s Wallowa Valley, the Valley of Winding Waters. By the 1870’s, simply put, settlers and gold-seekers wanted the valley. Negotiations failed. In May 1877, the young Nez Perce peace chief Heinmot Tooyalaket (1840-1904) chose to lead the tribe to refuge in Canada, the “Grandmother’s Land” (referring to Queen Victoria), following in the footsteps of Sitting Bull. The whites called this young chief, Joseph. By all accounts, he was a highly respected peace chief among Indians and whites alike. 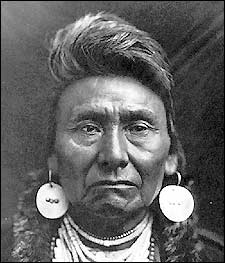 The fleeing Nez Perce consisted of 800: 450 “noncombatants” and 250 warriors, and 2,000 horses. Outsmarting the U.S. Cavalry for 1,700 miles through the Bitterroot Mountains and Yellowstone country, the Nez Perce journey has been called the most brilliant retreat in American military history. Newspaper accounts of the day had Americans cheering them on.

However, the Nez Perce were severely weakened by the capture of many of their horses. In October, the weary Joseph and his band stopped to rest only 30 miles from their destination. By that time, U.S. reinforcements and sharpshooters had arrived. After five days in bitter snow, Joseph surrendered.

Then he delivered the most quoted of all the great chiefs’ speeches, of which I include a few lines.

“…I am tired of fighting… it is cold and we have no blankets. The little children are freezing to death. ..I want to have time to look for my children and see how many of them I can find. Maybe I will find them among the dead. Hear me, my chiefs. I am tired. My heart is sick and sad. From where he sun now stands, I will fight no more forever.”

Lieutenant Charles Erskine Scott Wood, who translated Joseph’s heart-rending speech, resigned his commission not long after and became a powerful attorney who fought for the rights of the dispossessed.

When Joseph died September 21, 1905, exiled at the Colville Reservation in Washington State, his physician claimed “a broken heart” was the cause of death.

His name, Heinmot Tooyalaket, translates as Thunder Rolling in the Mountains.

Listen for him. Read this book. Try to keep your eyes dry and your heart from cracking while you read.

~by Tanya Hanson
www.tanyahanson.com
My next book, Soul Food, # five in the Hearts Crossing Series, comes out May 4. To start the series and tempt you, I'm giving away a pdf copy today of book one, Hearts Crossing Ranch, to one commenter. Don't forget to leave your e-mail address.