Have you ever been in love with a place? Maybe love is not the right word, but I have a deep fascination for Guthrie, Oklahoma. To prove my love, I will give away one copy of A RUN FOR LOVE and one copy of A WIFE BY CHRISTMAS to two lucky commenters.
Although I was a history major in college in New Jersey, somehow I missed the story of the Oklahoma Land Run. In most of my classes, my professors seemed more interested in bouncing from one war to the next. I guess that’s what happens when you have mostly males teaching history.
A little over four years ago, when we settled in Oklahoma, I took a job in the Archives Division of the Oklahoma State Library. It was there I learned about the Land Run. I researched it, and read everything I could get my hands on. The story of these brave men and women who left places they were familiar with, to race with thousands of others to get a piece of land, captivated me.


In my research, I discovered two main cities resulted from the Run. One was Oklahoma City—the present capital of Oklahoma, and the other was Guthrie, which was the Territorial Capital. Once Oklahoma became a state, the capital was moved.
While I researched this amazing piece of Americana, the idea for a romance novel grew. Eventually, I had to find a way to stop the voices in my head, so my fingers hit the keyboard, and the story of Tori and Jesse ensued. Once A RUN FOR LOVE was completed, I decided to write a story about another character in that book, and A WIFE BY CHRISTMAS told the tale of the youngest niece, Ellie. 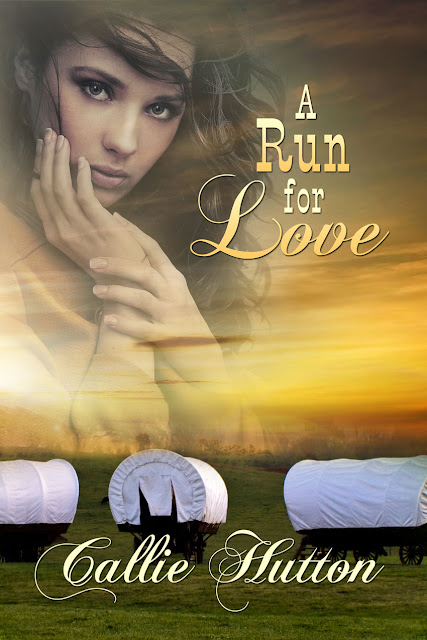 Before I started A WIFE BY CHRISTMAS, I took the forty minute ride from my house to Guthrie−camera, pen, and paper in hand. I was enthralled. You can see from the pictures that Guthrie has kept a lot of the old buildings. Some of them date back to the year of the Land Run. 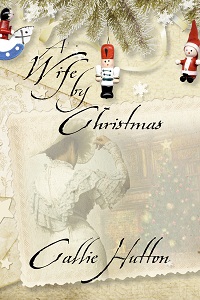 On April 22nd, 1889−a bright, sunny day−thousands of men, women and children circled Oklahoma Territory (formerly Unassigned Lands), and waited for the bugles to blow, and the cannons to roar. Precisely at noon, the race began. The land-hungry pioneers raced on horseback, in wagons, on bicycle, and some even on foot. The area was so immense that not too long after the race began, the runners had disappeared. Some never saw another soul until they claimed their land.
Of course, nothing is perfect, and the race had its cheaters−dubbed “Sooners.” These claimants snuck into the territory before the official start of the race. Some uncaught Sooners waited until the homesteaders nearly arrived, and jumped onto their horses and rode until the animals were sweating and out of breath, making it seem as though they had just arrived. Another Sooner was already living there with a plowed garden and onions sprouting several inches high!
Years of lawsuits followed the Run, straightening out titles to land that had been illegally claimed.


Guthrie started that day with zero population and a tiny train station, and ended with more than ten thousand people living in tents. By the end of the first week, buildings had already been erected, and a thriving town established.


Guthrie today has kept its small town flavor. I recently attended the 89er Celebration−the anniversary of the Land Run. Lots of activities were scheduled−a rodeo, chuck wagon feast, old time baseball game, and a parade. People from all over the state descended on Guthrie to honor the men and women of the Land Run. The many antique stores did a booming business.


A couple of weeks ago, I typed the words “The End” on the manuscript for A PRESCRIPTION FOR LOVE, the story of the oldest nephew (Michael) in A RUN FOR LOVE. At least two more stories are planned. Writing about Michael, a pharmacist, drew me to the drug store museum in Guthrie. Another trip to that town produced the pictures indicating the early nineteenth century pharmacy was well stocked with medicines, some good, some questionable.


I hope you enjoyed this little bit of history that I find so fascinating, and the pictures showcasing the town one hundred and twenty-three years after horses thundered over the plains, carrying riders full of hope and dreams.
Buy link for A RUN FOR LOVE: http://www.soulmatepublishing.com/a-run-for-love/

Buy link for A WIFE BY CHRISTMAS: http://www.soulmatepublishing.com/a-wife-by-christmas/
My website: www.calliehutton.com

Readers, remember to leave a comment to take part in the drawing for a free copy of either A RUN FOR LOVE or A WIFE BY CHRISTMAS.
Posted by Caroline Clemmons at 4/26/2012