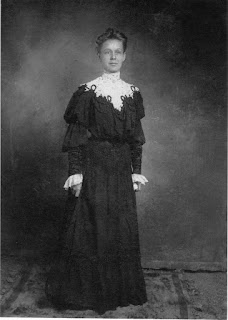 Journal Entry: Fall, 1835, Brazoria, Texas
Today is my 16th birthday. Mama and I have prepared for this most wondrous occasion for two months. She wanted a beautiful, grown-up dress for me to wear to my party, so she sought the services of Miss Emilie Milam to create a very special gown. No longer shall I wear calico, nor style my hair in braids, nor run and play with my brothers. Ladies do not act in such a manner in our household, for each member is born to a role, and best we carry out our duties or most likely face the wrath of Papa.


One young man, Mr. Randolph Long, nears my person at every opportunity, at church services, all-day dinners, and when Mama and I shop in town. Papa forbids me to speak with him alone; as a result, our conversations become awkward, as each of us stumbles on words we know perfectly well. After my party—of which he will attend!—I plan to speak with him as any grown woman may do with any gentleman she wishes.
Worrisome events have surfaced over this part of Texas. Papa hears tales in town, at the saloon, the community hall, and the warehouse, and he brings the stories home to share with Mama and my brothers. Of course, they all believe they have protected my delicate ears, but I listen and they do not know. It seems a crisis of some sort has arisen in Anahuac, a small place not far from our home. I am uncertain of its exact location, but the news is that General Santa Anna sent a small detachment of soldiers to Anahuac to enforce the collection of customs there and in Galveston. The merchants and the wealthy landowners—such as my papa—object to this unfair treatment, and when Papa speaks of the Santa Anna’s army and their ways, he becomes red in the face and begins to pound on the table!


Now, just before my party, he tells of a gathering of Mexican troops, more as the days go by. But the most frightening news comes from Gonzales, where Papa said a Colonel Domingo de Ugartecha, commander of troops in San Antonio, sent five cavalrymen to Gonzales to retrieve the six-pound canon that had been provided four years earlier for defense against the Indians. The Texan officer in charge hid the canon, telling the military he had no authority to give it up. He sent out dispatches calling for military aid.
Four hundred Texans, who worked in a loosely formed military troop, heard the call, turned from their original destination, Goliad, and marched to Gonzales. One hundred Mexican soldiers were already there to seize the canon. But a Colonel Moore and one-hundred and sixty Texans loaded the canon with chains and scrap iron, and strung a banner across it inscribed “Come and Take It.” Then the Colonel and his men attacked the Mexican troops, forcing them to retreat to San Antonio. I wanted to cheer! However, I did not wish to reveal my hiding place from which I listened avidly of the exciting battles.

Dread fills my heart, now that I understand what is to come. Papa says we must prepare, put away our frivolous desires for the present, and do our part to secure Texas for ourselves. I can only pray the war does not last too long.


My party will go on, however, and I must end this writing to don my beautiful dark blue silk gown, adorned with a lovely inset of lace, and an ivory brooch at my throat. Handsome coils of braid divide the lace from the silk. Underneath, my pantalets are of the finest linen, and my petticoat is of a fine silk. Mama will arrange my hair atop my head in a manner befitting a grown young woman. I do hope I look beautiful, or at least pretty, for a photographer will capture me in my new gown.
Would it not be magical if someone two hundred years hence finds my photograph and wonders about me?


!!Special Note from author Celia Yeary: The sixteen-year-old young woman in the photo is one of my real Texas ancestors, but I did not use her real name. I have no idea where she grew up or lived in Texas. I took the date from the photo, 1835, and used historical events of the beginning of the Texas Revolution. The story about my ancestor is fiction, however, a figment of my imagination.


***In TEXAS TRUE, I opened the book with a young lady dressed for a grown-up ball, and she meets an older man, Sam Deleon who steals her heart away very quickly. The young lady is True Lee Cameron, the younger daughter of Buck and Marilee Cameron. Raised in a protected atmosphere and educated in a girl's school in the East, True's world comes crashing down when she learns more about her new husband. But she is a "Cameron" and refuses to allow Sam and his mother to ruin her life. She takes control. Sam? The man has a real awakening when he learns exactly of what that this sweet pretty thing he married is truly made. ~*~*~ 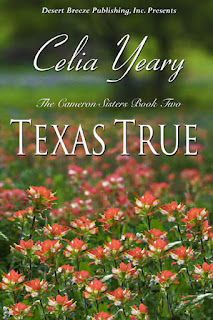 AMAZON: all my books
http://www.amazon.com/s/ref=nb_sb_noss?url=search-alias%3Dstripbooks&field-keywords=Celia+yeary&x=14&y=16

Celia Yeary-Romance...and a little bit 'o Texas
My Website
My Blog
Sweethearts of the West-Blog
My Facebook Page