by Paty Jager
Do you watch TV to learn about the weather? I do part of the time and usually the weather forecasters are wrong, but if I go by the clouds or lack thereof hanging on the Cascade Mountain range I can pretty much tell what kind of weather we'll have. So the first thing I do in the morning is look out the windows pointing west and see what's coming at us from the ocean. 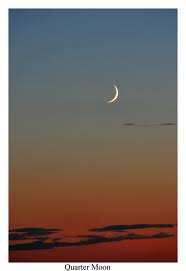 The Nez Perce Indians of NE Oregon, SE Washington, and central Idaho taught their children at a young age how to observe the signs of nature. Animals, insects, birds, the moon, and the sunset all helped them determine or predict the weather.
They believed to kill spiders would cause rain. If clouds in a sunset appeared red it would storm the next day. If the clouds were orange it would be a nice day. If the moon appeared upside down or face up it meant good weather. If the moon faced down there would be rainy weather.
These are all things I learned while researching the Nez Perce Indians for my spirit trilogy.
Some other fun information I found about Native American weather forecasting is:

2. If a muskrat builds his house toward the middle of the
lake, we will have a long winter.
Logic:  A muskrat will build in deep water so it will
not freeze, because he could not get out of his house
if there is going to be a long, hard freeze.

3. If snakes stay around in late fall, we will have a long fall.
Logic: Snakes hibernate in the winter, so this can
be used as an indicator of the length of the fall.

4. If rabbits keep their gray colors unusually long, we will
have a long fall.
Logic:  Since they turn white in winter, we can use
them as an indicator of when winter is coming.

5. If rabbits turn white early, we will have an early winter.
Logic: Same as #4.

6. When summer birds linger longer than usual, we will
have a long fall.

7. If the little birds arrive early in February or March, we
will have an early spring.
8. If crows are seen in February there will be an early spring.
Logic: For these last three the logic is the same.
Birds follow instinctive migratory patterns and routes at various times of the year.  Their arrival and departure are indicators of the seasons to those who observe them.

9. When leaves on the ash trees turn upward it will rain.
Logic:  Moisture in the air affects the position of some types of leaves.

10.  When cranes return southward in the early fall, we will
have a storm.
Logic: Cranes always move ahead of a storm.

11.  A chattering squirrel is a call for rain.
Logic: This is more of a sign that it will rain than a
call for rain.  Squirrels will chatter while
gathering or eating food.  They eat and store
food before a rainstorm.

12. If the quarter moon starts to tip downward it will rain.
Logic: The moon affects the weather of the earth.
When it is tipped down this signifies the dumping of
rain.

13. If the quarter moon tips upward we will have dry
weather.
Logic: Opposite of #12.

14. During the fall, if a larger rainbow ring is noticed, we
will have a storm.

Logic:  Ice crystals cause a halo effect which can be
seen before rain or a storm.