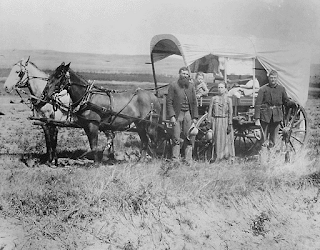 The Western Romance genre is strictly American, nowhere else in the world can lay a claim to the “Old West”. Other countries had their wild and rowdy times, but no one else had the vast open land west of the Mississippi—land of promise, change, beauty, wonder and riches. Of course there was also pain, hardship, broken dreams and death. Men had to be bold, women tough. But above all, they had to be willing to gamble. Ante up.
People of all walks of life went west. Rich and poor alike. Single men and women and families. Those with trades and those with nothing more than dreams. And it was one big gamble. Not just with their lives, but with their money and possessions.
Though it’s somewhat of a slapstick movie concerning gambling in the old west, I love the move Maverick with James Garner and Mel Gibson. It portrays how acceptable gambling was.
As communities formed, some local laws were put into place, but ultimately, gambling wasn’t illegal. It was a much sought after activity and in some instances, the only hope people had. Prostitution was illegal either, and very few, if any, laws governed guns, alcohol, or drugs.
Just like those who set up other businesses—trading posts, hotels, bath houses, blacksmith shops and general stores—those setting up gaming halls were welcomed, especially by groups building churches and schools. Many gambling entrepreneurs were known for their generosity, and community leaders recognized that.
Gambling wasn’t any more taboo than riding a horse or wearing a gun. It was a part of life. Not even churches preached against gambling until after the temperament movement. Ultimately, gambling played a huge role in winning the west.

In my May 1st release from Harlequin, The Sheriff’s Last Gamble, the heroine, Stacy Blackwell is a gambler. (Yes, many, many women gambled.) She’s not a ‘soiled dove’, gambling to survive. Raised by her gambling grandfather, Stacy’s a thoroughbred gambler who excels in her chosen profession. Trouble happens when she encounters Sheriff Jake McCrery, a faro gambler turned lawman. The sparks fly between these two and Stacy recognizes she’s in the game of a lifetime.
Here’s a short excerpt:
It was the man astride the animal that held her attention. Tall, broad, and with hair as golden brown as the horse’s, Sheriff Jake McCrery had to be the most handsome man in these entire United States, based on her experience leastwise, which was considerable.  Pappy had hauled her to most every state and all the territories in their twenty-three years of living together. The past three months in Founder’s Creek Township was the longest span of time she’d ever spent in one place.
Stopping on the bottom step, she pushed open the parasol that matched the mint-green linen dress, tailored just for her without the prominent bustle some women found so stylish. All that extra material made sitting much too difficult.
“Hello, Sheriff.”
Jake McCrery swung one leg over the saddle horn and landed on the ground as smoothly as an eagle swoops into its nest.
“Miss Blackwell.” He greeted her with a slight nod.
With her insides tingling, and without a doubt he’d follow, Stacy started walking along the road. “Tell me, how is dear Uncle Edward today?”
“Fine,” Jake answered. “He’d like you to visit soon.”
“I’ll bet,” she said flatly. There was no sense getting riled over Edward Blackwell. She’d told him exactly what she thought of him three months ago, shortly after arriving. Her heart, not always in agreement with her mind, stung strongly enough to make her tighten her hold on her parasol.
“Speaking of bets,” Jake said, “how much did you win today?”
Stacy pretended to glance over her shoulder at the palomino at their heels; in reality she wanted Jake to see the smile on her face. “Now, Sheriff McCrery, this morning you specifically forbade me from gambling.”
“That hasn’t stopped you before.”
“Tsk, tsk.” She shook her head so the hair she’d spent an hour curling this morning fluttered around her shoulders. She’d learned years ago to style its mousy brown color to catch attention, therefore keeping people from watching her face too closely during an intense point in a game. Lately, though, thoughts of the handsome sheriff filled her head while curling the tresses—actually, while she did most everything. “We both know I never gamble while you’re in town.”
“How much was it?”
At times Jake seemed immune to her charms, and that had her wondering if she’d missed a lesson or two of Pappy’s teachings along the way—not that Pappy had taught her about men, but he’d taught her about life and the two went hand in hand.
Shrugging, mainly to keep a sigh from slipping out, she answered. “A few hundred.”
Jake caught her arm, and though the heat of his touch had her toes curling, fury flashed in his mahogany-brown eyes.
“Gambling’s a dangerous game, Stacy. You’re going to get yourself shot.”
His concern was genuine, and that warmed her heart, but not even Jake McCrery would stop her from playing. “I’ve played in far worse places than Founder’s Creek.”
“Then go there to play.”
An unreadable poker face was one of her most prized accomplishments, but keeping it on right now was a struggle. Not only did Jake sound exasperated, he said the words like he meant them. Wrenching her arm from his hold, she started up the street. Anger snapped inside her, but more painful was the possibility he wanted her to leave. “I can’t,” she said.
www.laurirobinson.blogspot
Posted by Lauri at 4/24/2012