THE BIRTH OF BLUE JEANS By Cheri Kay Clifton 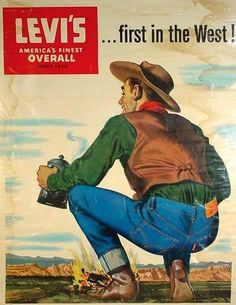 Levi Strauss started an enduring fashion empire, which he launched by making one of the world's most durable and popular clothing items — the blue jeans. 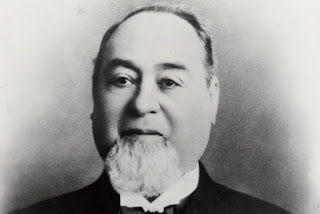 An early American clothing success story, Levi Strauss was born in Germany in 1829, and came to America in 1847 to work for his brothers' dry goods business. In 1853, Strauss headed out to San Francisco and soon started his own dry goods and clothing company. Using a series of different locations in the city over the years, he sold clothing, fabric, and other items to small shops in the region.

A customer, Jacob Davis, wrote to Strauss in 1872, asking for his help. Davis, a tailor in Nevada, had bought cloth from Strauss for his own business and developed a special way to make more durable pants. Davis used metal rivets on the pockets and on the front fly seam to help the pants resist wear and tear. Unable to cover the cost himself, Davis asked Strauss to pay the fee so that he could secure a patent for his unique design. 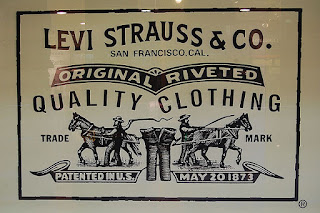 The following year, the patent was granted to Strauss and Davis. Strauss believed that there would be a great demand for these "waist overalls" as he called them, but are known today as blue jeans. At first, they were made with a heavy canvas and then the company switched to a denim fabric, which was dyed blue to reportedly hide stains.

According to some reports, Strauss first had the pants made by seamstresses in their homes. He later started his own factory to make the pants in the city. His tough-and-rugged jeans helped make Strauss a millionaire. He expanded his business interests over the years, buying the Mission and Pacific Woolen Mills in 1875.

While he remained active in the company, Strauss began to give more responsibilities to his nephews who worked for him. Known to always be generous to those in need, he provided the funds for 28 scholarships at the University of California in 1897.

Strauss died at the age of 73 on September 26, 1902, at his home in San Francisco. After his death, his nephew Jacob Stern took over as company president. The legendary jeans he helped create, known as Levis, continued to grow in popularity and have remained a fashion staple over the decades.

Interesting facts about Levi Strauss and his iconic jeans:

1.     The name ‘jeans’ came from the Italian name ‘genes’; these were the name of the pants worn by sailors in Italy.

2.     Levi Strauss started selling blankets to the 49’ers who were searching for gold.

3.     Strauss put a signature ‘V’ shaped stitch on the back pockets to identify his pants.

4.     The trademark leather patch placed on the back of the jeans was first used in 1886. In place of suspender buttons, belt loops were introduced in 1922.

5.     The company introduced the first pair of jeans for women in 1934; competitors Lee and OshKosh quickly followed after the ‘Lady Levi’s’ were featured in a Vogue magazine in 1935. 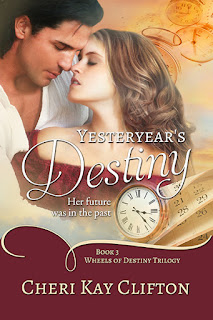 Please visit my website at http://Cherikayclifton.com for more about the Wheels of Destiny Trilogy.