When Thanksgiving was Political

According to historian Michael LaCombe, Chief Massasoit and his people contributed freshly killed deer for the first Thanksgiving. Much appreciated by the Pilgrims, I’m sure. However, LaCombe asserts that the Native Americans undermined Governor William Bradford’s authority by giving the meat to the colony’s leading members, rather than to Bradford himself, for redistribution. Thereby thumbing their nose at Bradford’s rule.

Decades later, in 1675, Massasoit’s son, Philip (alias Metacom or Metacomet), gathered together several tribes who had been enemies. Faced with spreading, permanent English colonization, they fought the colonists in “King Philip’s War” – called the deadliest war in American history, in proportion to population. Doubtless, the natives did not favorably recall the first Thanksgiving.

In 1776 colonists accused King George III of allowing “the merciless Indian Savages” . . . to attack “the inhabitants of our frontiers”. In truth, these early Americans had spent more than a century taking native territory that did not belong to them. When the Revolutionary War ended with the defeat of Great Britain and her native allies, more indigenous territory was seized. How to divide so much land between southern slave interests and northerner anti-slavery forces ultimately sparked the American Civil War.

Which brings us back to Thanksgiving.

In 1863, novelist and magazine editor Sarah Josepha Hale convinced Abraham Lincoln to make Thanksgiving a national holiday on the last Thursday in November. She had started campaigning for the holiday in the 1840s, hoping a national day of celebration would help prevent the quarrel over slavery from erupting into Civil War. Her idea met with resistance from the southern states, as well as inconsistencies in how to celebrate the holiday.

Since colonial times, the meaning of thanksgiving days has varied greatly. Prior to 1863, thanksgiving events occurred throughout the year and could involve religious fasting and feasts to mark important events. In 1777, the Continental Congress proclaimed a day of thanksgiving for all 13 states to celebrate winning a battle against the British at Saratoga.

Sarah Josepha Hale believed an official thanksgiving date would give the states more in common than they had differences. In 1854, as editor of Godey’s Lady’s Book, she wrote: “The last Thursday in November has been selected as the day best suited to the general convenience, when the people from Maine to Mexico, from the Atlantic to the Pacific, might sit down together, as it were, and enjoy in national union their feast of gladness.”

In the south, however, slaveholders viewed the holiday as an opportunity for Yankee preachers to sermonize against slavery, and in their eyes to push the country closer to war. In 1853, Governor Joseph Johnson of Virginia refused to declare Thanksgiving a holiday, and in 1859, Governor Stewart of Missouri proclaimed December 8th instead of November 24th a day of Thanksgiving, a deliberate act of defiance.

Despite Hale’s efforts, war broke out, and Lincoln’s decision to make the holiday a national one was intended to support the north’s cause as much as to commemorate an event in the nation’s history. Thanksgiving did not prevent the Civil War, but it was used to help bolster the Union’s cause – partially through food. Mentions of turkey, sweet potatoes, pumpkin pie and cranberry sauce appear in association with Thanksgiving in 1860s editions of Godey’s Lady’s Book. 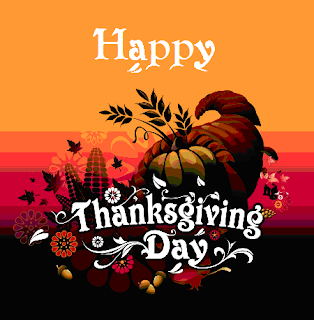 In this year of the terrible Covid pandemic, Thanksgiving may not be a subject for political debate, but it does present a challenge for all of us. Common sense calls for us to avoid large family gatherings, to stay home in our personal bubbles and, I pray, live to see next year's national day of thanks. Amen.

Lyn Horner is a multi-published, award-winning author of western historical romance and paranormal romantic suspense novels, all spiced with sensual romance. She is a former fashion illustrator and art instructor who resides in Fort Worth, Texas – “Where the West Begins” - with her husband and two very spoiled cats. As well as crafting passionate love stories, Lyn enjoys reading, gardening, genealogy, visiting with family and friends, and cuddling her furry, four-legged babies.