MAKING LEMONADE FROM LEMONS...OR HOW HANGER GOT A NEW LEG by Marisa Masterson 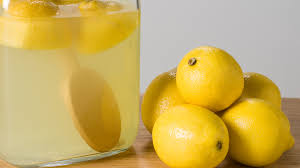 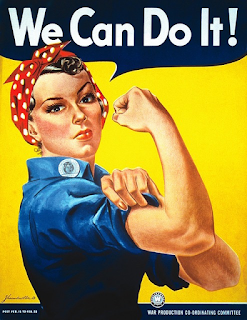 Growing up, my parents, my teachers, and even television shows taught me that the United States was built on a can-do attitude. People took a challenge or a problem and found a way to solve it. Like the old saw, they made lemonade from lemons.

An inspiring example of this can be seen in the story of James Hanger. Without the loss and challenges that came his way, countless persons wouldn't have benefitted. Read on, and I'll reveal how this American changed the world. 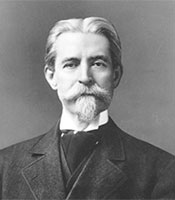 In 1861, Hanger had been training to be an engineer. The American Civil War changed his plans. The eighteen-year-old enlisted in a cavalry unit in Virginia. Only two days later, a cannonball hit him. A surgeon removed almost all of Hanger's leg, leaving only about seven inches below the hip socket.

This was, in fact, the first amputation of the Civil War. Sixty thousand more would follow, many being fingers or toes rather than the whole limb. Still, many men lost legs like Hanger did. Most of those men were young, with life mostly ahead of them. They would need something more than a peg to stump around on. 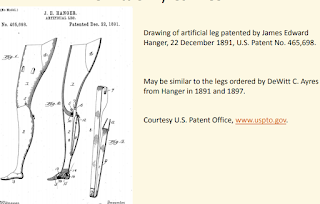 Sent home, Hanger retreated to his room. He asked his family to leave him alone. They assumed he'd sunk into a deep depression. But, James Hanger's mind was occupied with something other than grief.
He created a new above-the-knee prosthesis. One that used rubber bumpers and could bend better, more like a real joint. 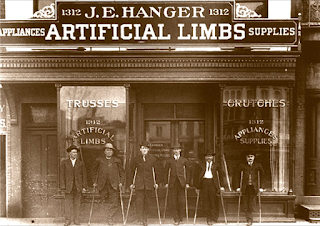 Hanger created a new field of prosthesis. He dedicated his life to providing increasingly better devices to amputees. Later, he said how thankful he was for the loss of his limb. He came to understand that it provided an opportunity to help others and use the training and skill innate to him. This began the design for the modern artificial limb.


On a personal note, I've lived some of that same loss, but in a much smaller way. Almost nine years past, a neurological condition stripped me of my ability to walk normally, to hike, or ride my bike. I was no longer able to teach, retiring after only twenty-two years in the classroom.

The healing process has been long. At one point, I asked, "What can I still do?" After all, I felt sure the Lord wouldn't take my much-loved career and leave me with nothing. This is when the door opened for Christine Sterling Bortner to mentor me as a writer.

Days are rough, often. It's that can-do attitude I was taught as a child and a lot of blessings that keep me going.

The heroine of Massachusetts Bride shows that same can-do attitude. She's left Ireland, needing desperately to send money back to her family in that country. Almost forced into a brothel when she arrives in Boston, Fiona reinvents herself as a maid with the help of a gracious lady. When that same lady asks her to marry a man sunk deep into grief and despair, how can Fiona say no?

The novel focuses on love in 1861. Though there is a war taking place, the everyday life they live on a farm outside Boston and their growing relationship (along with a mystery) is the book's plot. I invent you to check out Fiona's can-do attitude. 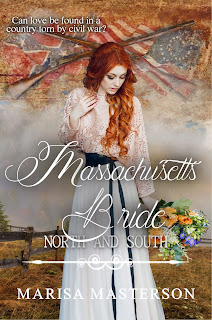 
Hardly! Neither war nor love have been kind to Milo Roberts.
He survived a battle no one expected only to have his brother die next to him. Wounded, he lays in a cot and determines to leave war behind, no matter what his abolitionist father says.
Fiona immigrates to the United States after her cousin promises her a job. While aboard ship, she worries about the war ramping up in that country. Little does she know danger is much closer than the battlefields.


At the Boston docks, she escapes the trap set for her. When the woman who gave her safety asks Fiona to marry her son, the girl agrees. She longs to live on the farm that will be his when they marry.
If only the husband wasn’t so tempting.


The battle in this couple's farm house involves unfulfilled love and the tormenting nightmares. What can a man do when his beloved wife prefers the cow’s company? With unrest among the Irish and interference from Fiona’s cousin, will his Irish beauty ever love him?