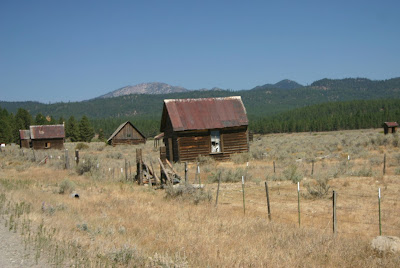 Whether writing an historical, contemporary or paranormal novel, research will be involved. There are multiple ways to approach this. Whatever way, mining for information will be involved. Generally speaking, especially with historicals, the writer will learn a lot more than they can ever use. Such details set a scene because no romance is intended to be a history book-- even though historical nuggets are much appreciated by historical readers. The more an author knows, the more it can underlay the story without interfering. It deepens characters-- even minor ones.

My books, historical, contemporary or paranormals, have so far all been set in the American West, in places where I have either lived or spent a lot of time. A writer does not need to live somewhere to get information on what its like. Some very good books have been written purely on research. I find though for myself, having spent time there, I'll have small details, like what the air smells like, which add to my enjoyment in the writing and hopefully for the reader.

An example of what I mean is my Oregon historicals. The fictional family's journey began along the Oregon Trail. As a native born Oregonian, who grew up in the Columbia River Gorge, I'd heard the stories all my life. Still, to write about it for a romance took a lot of research. The Oregon Trail is rich with journals from those who kept a record of their experiences. There are many history books and now with the internet, even more data can be acquired as to what it took to come to the West and what it might've cost the first families. 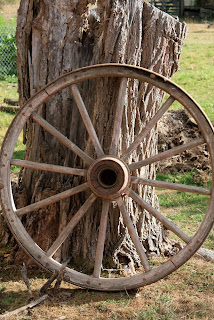 Since I live where some of the families had direct stories from their relatives, I had that for an additional resource. Although, I had first written the book when I was in my 20s, I kept rewriting it through my life as new things would come up, and I'd see further insights into my characters.

One of the events I had described, I learned actually happened to the family who settled our farm in Oregon. I am glad I wrote it before I learned that, but learning it felt like an additional gift from the Muse. I was listening and on the right track.

To give the Trail more life, over the years, we had driven various sections. One such adventure, the Barlow Cutoff (at the time, a two rut, dirt, rock, and wagon road around Mt Hood) with an old station wagon, our baby and three-year old. Stopping to eat a picnic lunch along one of the rivers is the kind of experience you don't forget and again becomes research. Of course, there are museums in Oregon with details that further bring the pioneer's experiences more life.

When the fictional family got to Oregon, I based the second romance in the Willamette Valley and Southern Oregon. The family next headed east for the two romances in the John Day country.

For me, the land is always an important character in my books. I want it to seem real to the point of feeling the storms, the sun, hearing the sounds, smelling the scents. Those details enrich my writing-- although I try not to let them overpower the stories. 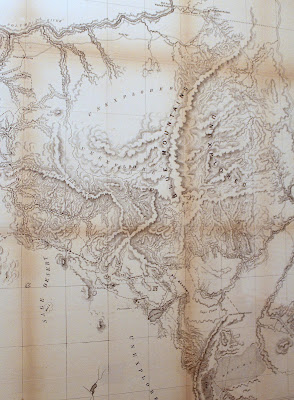 Eastern Oregon, where the next three novellas will be based (the first out hopefully this summer), is full of history, ghost towns, old forts, cemeteries, mines that sometimes are still active, small towns and the struggle some found to make a life in a rugged land. Some of the early pioneers built fortunes. Others found death or poverty. Researching its history can be difficult because so few people lived there. The maps are amazing with obvious guesswork long before satellites. Trying to find where a stage road traveled can lead to multiple maps and supposed paths. 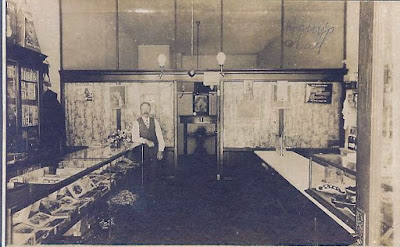 As a third generation Oregonian, I have lived most of my life west of the Cascade Mountains but vacationed extensively in the eastern part of the state. I also benefit from having a family history that involved Eastern Oregon.

Grandfather's father immigrated from Scotland to Oregon where my grandfather was born. Unusual at it time, he and my great grandmother divorced. From what I know, she left and he remained in Baker City where he operated, but maybe didn't own, a tobacco and chocolate store. When he had a stroke, at only 45, my grandfather left his then Portland home to be with him. After a week, my grandmother, a fairly young bride at that time, followed. Their experience in Baker City colored their whole married life. 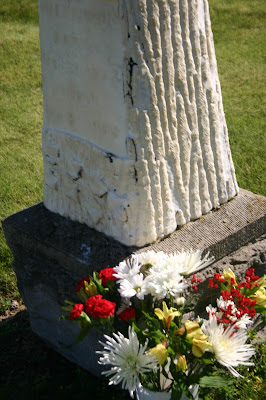 It was in 2007 that I had a desire to go to Baker City and find my great grandfather's tombstone. I felt he'd been estranged from everyone else, felt a little sad at that and wanted to pay my respects. With research, you can find such burial places with the internet. That was the same year that I also visited as many Oregon mining ghost towns as I could fit in. A bit later, I was contacted by someone whose family had known and liked my great grandfather, adding a few more details to the little I knew of him-- internet again. 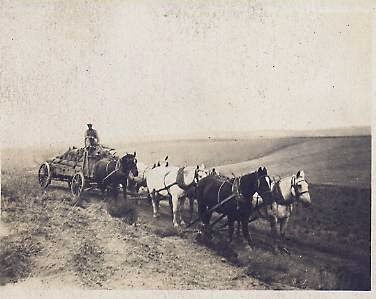 The next family stories involving Eastern Oregon began a few years after his father's death, when my grandparents took their three daughters to east. For his work, and her cooking for the big crews, they would get a cabin and the chance to own land in the Condon area. It was a hard scrabble time with the girls outsiders in a one room school, living in a cabin with a dirt floor and newspapers to line its walls. Still, the kids made the most of the experience, and I collected the stories. 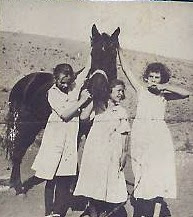 Knowing the stories from a personal angle, whether its immigration, relationships lost, the kind of work that was available for ordinary folks, all finds its way into my books. Those little stories add enjoyment to writing, rather like taking a pan to a stream, shaking out the sand and ending up with a gold nugget. As an additional bonus, the details are those that no one else is likely to find-- at least in the same way. 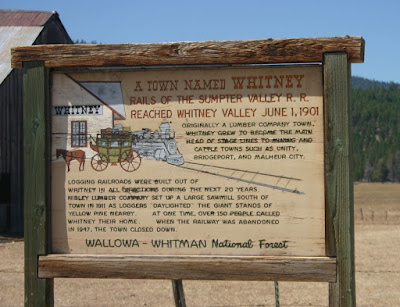 Many people don't know much about Eastern Oregon's history, as it was sparsely settled and changed a lot. My experiences there have been enriched by camping as well as visiting ghost towns like Whitney, Shaniko, Bourne, Susanville, and many more. Those towns lived for a time. Some, like Whitney grew up providing a service-- it was a logging town, which had a peak of 150 residents and more or less died when the mill burned. Some of these old towns still have people living in the shacks-- and many were shacks even when the towns flourished. When there, you can feel the hopes and dreams, the disappointments, and sometimes the successes. Eastern Oregon is full of homes that were abandoned when bigger ranches took over smaller ones. Every one has a story, The ravens and magpies will try to tell you about them if you listen.

Surprisingly, some of the mining claims are not only active today but can be purchased-- sounds like a great idea for a contemporary sometime :). 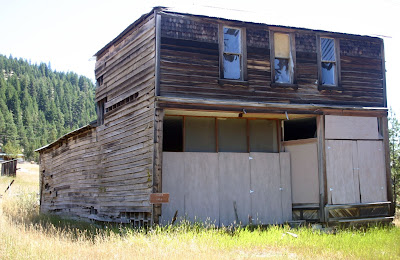 Color photos all ours with black and white ones from my family albums.

I need to go back to the upper John Day for these next books, which will be set in the Blue Mountains and the 1880s. I will use everything I know from my own life in those books-- as I always do. Researching for any of my books involves family stories, travel, museums, books, and the internet. It's a writer's life, which I much enjoy, as it makes research necessary when it is also much fun to learn about others-- especially those who came before us.

Amazon Links for Kindles and paperbacks:
Round the Bend
Where Dreams Go
Going Home
Love Waits

Other Sale Sites:
Round the Bend
Where Dreams Go
Going Home
Love Waits
Posted by Rain Trueax at 4/12/2018