William Henry Harrison Clayton, usually referred to as W. H. H. Clayton, was an American lawyer and judge in post-Civil War Arkansas and Indian Territory Oklahoma. He was the United States Attorney for the United States District Court for the Western District of Arkansas and for fourteen years was the chief prosecutor in the court of Isaac Parker, known as the “Hanging Judge.” 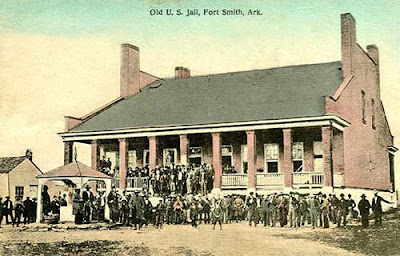 Clayton and his twin brother were born in Bethel Township, Pennsylvania. The Clayton family was descended from the original Quaker settlers of Pennsylvania. Clayton was raised on his father's farm and received his early education at the Village Green Seminary. In 1862, he raised a company in Delaware County—Company H of the 124th Regiment, Pennsylvania Volunteers which served a nine month enlistment. He served as a lieutenant in Company H, while his twin brother served as the first sergeant. His regiment fought in several of the well-known battles of the Civil War. Just over one month after the discharge of the 124th, General Lee brought his army to Pennsylvania. Governor Curtin declared another state of emergency, and Clayton and most of the members of the 124th were hastily assembled into the newly formed 29th Emergency Regiment, Pennsylvania Volunteer Militia. They fought at Gettysburg, among other battles. After his service, he took a position as a teacher of military tactics and other subjects at the Village Green Seminary in his home county.


W. H. H. Clayton followed his brother Powell to Pine Bluff, Arkansas, and, with John M. Clayton, the three brothers purchased 2,000 acres plantation on the Arkansas River. He married a southern woman, Florence Barnes. In 1868, Clayton sold his shares of the land and moved to Huntsville in Madison County to study law under Judge Stephenson. In 1868, Powell Clayton was elected Governor of Arkansas, and W. H. H. Clayton, while studying law, was appointed circuit superintendent of public instruction for the Seventh Judicial Circuit of Arkansas and helped organize an education system for the newly freed slaves.


In 1871, W. H. H. Clayton was admitted to the bar and was appointed prosecuting attorney for the First Judicial Circuit of Arkansas. In 1873, Governor Elisha Baxter appointed him a judge of the same Circuit Court.


In 1875, William Henry Harrison Clayton was appointed United States Attorney for the Western District of Arkansas by President Ulysses S. Grant. At that time, the United States District Court for the Western District of Arkansas had jurisdiction over one-third of the state of Arkansas and all of the Indian Territory to the west that eventually became the state of Oklahoma. This area comprised over 74,000 square miles (190,000 km2) of some of the most wild and violent lands in the postbellum United States. W. H. H. Clayton moved to Fort Smith when he took the U.S. Attorney position. Fort Smith was a bustling community full of brothels, saloons and outlaws, just across the river from Indian Territory. 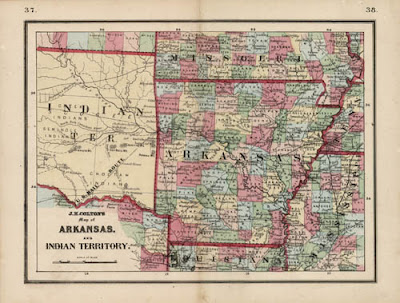 William Clayton realized a strong judge would be necessary to bring law and order to the region. He knew of a strong judge in Isaac Parker. However, Judge Parker had been appointed Chief Justice of Utah Territory and confirmed by the US Senate. With the help of President Grant and US Senator Powell Clayton, former governor of Arkansas, W. H. H. Clayton was able to undo that appointment and redirect Judge Parker to Fort Smith. He was appointed US Attorney by four different presidents during his career.


William Clayton later served as Chief Justice of Indian Territory. During his 10 years as a federal judge, Clayton had issued important decisions defining Indian rights, which had long-term effects on the future history of Oklahoma. He was instrumental in achieving statehood for Oklahoma and together with Territorial Governor Frank Frantz, carried the Oklahoma Constitution to President Teddy Roosevelt after the state was admitted to the Union in 1907. Governor Frantz and Judge Clayton both lost their territorial positions when Oklahoma became a state. 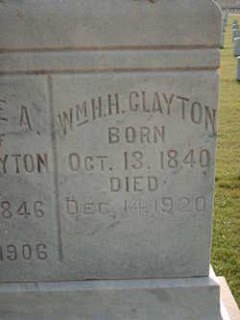 In 1907, President Theodore Roosevelt appointed Clayton to serve on the Oklahoma Districting and Canvassing Board. Clayton had also been a delegate selected to write the new constitution for the State of Oklahoma. After his retirement from the federal bench, Clayton resumed the practice of law in McAlester with his son. Clayton died in McAlester on December 14, 1920, and is buried in the national cemetery at Fort Smith.

The first, the prequel to the series, is titled The Bavarian Jeweler.

The other, book 3 in the Lockets & Lace series, is Otto's Offer.