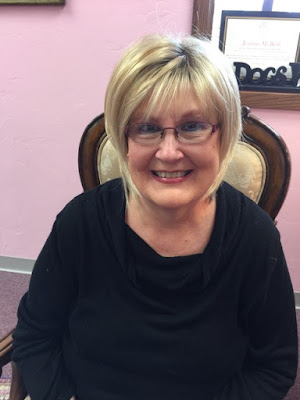 The publication of Time Plains Drifter is a story unto itself—but it has its very own ‘happily ever after’ ending. Here’s what happened. After being released in December of 2009 with an unscrupulous publisher, I took my rights back after only three months and spent the next year searching for another home for it. In the spring of 2011, it was placed with WESTERN TRAIL BLAZER, an imprint of PUBLISHING BY REBECCA J. VICKERY.

That being said, let me tell you why Time Plains Drifter is so hard to pigeonhole and why that may be a bit scary in today’s market…this is also the very reason it’s a perfect fit for PRP. 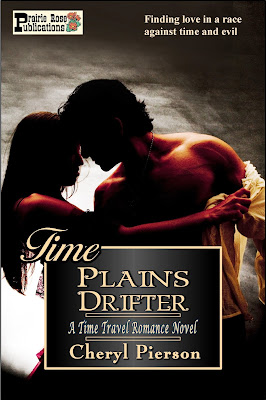 I knew Time Plains Drifter was going to have to be classified as a time-travel romance; that’s how the H/h meet one another. She’s from the 21st century—he’s from 1879. That was the easy part. The part that was a bit harder to work around was that he was dead. I just couldn’t get past the premise that Rafe d’Angelico was going to be the “paranormal element” of the story. I didn’t want him to be a werewolf, vampire, or shapeshifter. So that left angels, demons, zombies and so forth. I chose for him to be an angel.

Working with Rafe—an angel who didn’t want to be an angel—was a challenge. I told him he had a pretty good deal going. He told me, “I want to be human again.” In the end, I realized he was right, and that was the only way to resolve the issue of time-travel-paranormal-angel-demon-human issues.

Jenni Dalton, the heroine, was completely unsuspecting in all this. She went out on a stargazing field trip with seven of her high school students one night and they never came home. Instead, they ended up in Indian Territory, 1895; one hundred-twenty years in the past.

Jenni’s got it rough, trying to deal with her seven charges, four of them the senior class troublemakers. It takes Rafe to bring them to heel and get them to toe the mark, until the gravity of their situation causes them to all make some surprising adjustments.

As Rafe and Jenni realize their growing attraction to one another is fated, they also understand there is no way anything can come of it on a permanent basis—Rafe is an angel, and Jenni is human—and they will eventually go back to their own times and places in the universe.

The twists and turns that finally bring the book around to the HEA were the most fun to come up with for me. But the story itself, being so unique, is tough to categorize. I think now, it has the best of both worlds. It’s in a place where it can appeal to two separate readerships. 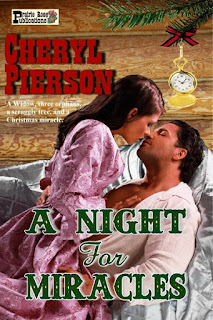 I’ve got a sequel in the works, Time Plains Guardian, which has been a delight to work on. There are different twists than what we saw in the first book, and some familiar characters will be the stars of the show this time around since the story is built around Rafe’s brother, Cris, and Jenni’s sister, Victoria. 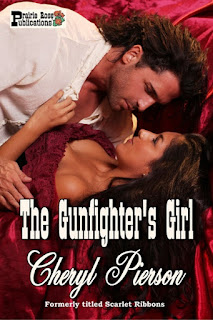 Time Plains Drifter is now available in both print and Kindle. I’ve also written some short stories that have a paranormal twist to them: A NIGHT FOR MIRACLES, THE GUNFIGHTER’S GIRL, HOMECOMING, (these three are Christmas stories) ALWAYS AND FOREVER, (Halloween story) THE KINDNESS OF STRANGERS (western) and THE KEEPERS OF CAMELOT (western). Take a look at my Amazon page to order. (See link below.)
Cheryl's Amazon Author Page:
http://www.amazon.com/-/e/B002JV8GUE

I’ve included the blurb and an excerpt below. Please leave a comment! I always love to hear from readers and other authors.

BLURB:
Trapped in Indian Territory of 1895 by a quirk of nature, high school teacher Jenni Dalton must find a way to get her seven students back to the 21st century. Handsome U.S. Marshal Rafe d’Angelico seems like the answer to her prayers; he is, after all, an angel. In a race against time and evil, Rafe has one chance to save Jenni’s life and her soul from The Dark One—but can their love survive?

Jenni had been so preoccupied with staying in the saddle for the past four hours and worried about Joel that she hadn’t noticed the wind had quickened, the sky darkening as the thunderheads rolled in.

“We better stop here,” Rafe told her reluctantly, nodding toward a small ramshackle house in the distance. “Wait the storm out. Looks like it’s going to be a bad one.”

Jenni nodded, swallowing her protest as she glanced up, seeing the roiling black clouds for the first time. It was true, she reminded herself, some things never did change, no matter what year it was. It was April in Oklahoma—tornado season.
They had to find shelter immediately.

She followed Rafe toward the cottage, relieved to see a lean-to for the horses a few yards away.

As they rode into the overgrown yard, it was obvious the tenants had long since vacated. The runners of morning glory vines climbed along the front porch posts boasting new growth, the purple flowers adding a splash of color to the drab weathered wood.

Rafe swung down, calling a cursory greeting. He opened the front door at the answering silence, his gun drawn. As Jenni made a motion to dismount, he lifted a staying hand, not sparing a backward glance before he disappeared into the little cottage.

Jenni could hear him walking slowly through the house, his footfalls deliberate and hollow-sounding on the bare plank floors. She bit her lip anxiously, wondering what he was looking for. She didn’t like being separated from him, she realized. This was crazy. She thought of Kody and Anna, how quickly they’d come to care so deeply for each other.

Was she in love with Rafe d’Angelico? The idea was absurd. She barely knew him. Yet, when she’d ridden behind him, her arms encircling the lean grid of his waist, she’d felt—something. He’d noticed it too. “Can you feel it, Jen?” he’d asked.

Yes. She still did, stronger now than ever.

Rafe put his head outside the door, ducking through the narrow frame.

“Come on,” he said, reaching up to help her down. “I’ll get our gear, you go on inside out of this wind,” he yelled to make himself heard above the wail and rush of the storm.

Jenni nodded. “The horses—we can’t leave them out here!” she shouted.

He cast a glance back at the animals. “I’ll get ’em in the lean-to! Go on inside!”

Jenni slid off quickly and handed Rafe her reins, then hurried up onto the porch. She watched as Rafe quickly got the horses under the lean-to and looped the reins around the hitching post there, then ran back to her through the tall grass. Just then, the skies opened and rain pelted him.

Small pieces of hail fell. The horses whickered nervously as it hit the wooden structure over them. Rafe took Jenni’s hand, leading her back into the house. He was soaked, and Jenni hurried into the kitchen to see if there were any linens in the top of the pantry.

Whoever had lived here must have loved the place. The kitchen had been cleaned, and as Jenni opened a cabinet door, she noted the sparse pans lined up tidily against the wall. She opened another door to discover a beautiful china sugar bowl that was half full, and a can of beans on top of a can of condensed milk.

She found a clean but ragged towel and brought it to him, offering to dry his back as he shrugged out of his sodden shirt. But he took it from her, shaking his head. “I can do it,” he murmured, turning away from her quickly. “Thanks.” After a moment, he sat down on the chair, watching Jenni explore as he finished drying off.

She came toward him slowly, wrapping her arms around herself tightly. To have been so full of questions before, she certainly was at a loss for words now, she thought. A wry grin curved her mouth.

Rafe patted the side of the bed in invitation, and she sat down next to him. The hail was sporadic now, although rain was hitting the snug little cabin in sheets.

Water for the morning glories, if the hail doesn’t destroy them, Jenni thought, her gaze going out the front window to the thirsty flowers winding their way along the rough posts and roof of the porch. “It’ll wash out the trail,” she whispered to herself.

Rafe’s teeth glinted white against the stubbled growth of beard. His dark eyes were warm with a teasing light. “I think I can still find my way to Fort Sill. I’m pretty familiar with the lay of the land.” He gave her a wink. “This is my territory, Jenni. I don’t need to follow a trail to find them.” He shifted and began to pull off his boots.

“How long will it take us to get there?” Jenni turned to face him.

She grimaced at the teasing note in his voice. “I know I’m holding you up. If I wasn’t with you, you might have already caught them rather than having to go all the way to Fort Sill.”

The wind cried around the corner of the cabin, and Jenni thought how much it sounded like the sorrowful wail of a woman. Then there was silence, stretching out between them, broken only by the noise of the storm.