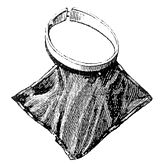 While trying to construct/conceive/fabricate the hero of my next historical western romance I hit the research trail to discover which denomination of clergymen wore the white collar. In this quest I purchased a used book titled: Pioneers & Preachers by Robert William Mondy.

I thought the book would tell me more about the type of man who became a preacher in the old west and a bit more about how they lived.  In some respects it did show me that preachers, especially itinerant ones, were at the mercy of the people along their route. They traveled throughout the mid-west and west without a church but stopping at people's houses and towns to preach. They stayed in homes, ate with the families, and then headed out again to hopefully find another house to give them a roof and food for the night.

The book also stated that even the clergymen in the small towns weren't given any money as compensation for staying in a town. He usually had to find a job to make a living, while preaching on Sundays and tending to the needs of the town during the week. This part I liked. It gives my heroine even more of surprise when she discovers the hero is a preacher. ;)

According to the author of the book the best preachers were the ones that could blend in with the people they encountered or lived with. Here are a few sayings that were in the book:

"Setting to her" was a term from bird hunting and it meant that a man was courting a lady.
"She kicked him" meant a lady rejected a man.

Itinerant preachers found themselves the most welcome when a marriage ceremony need to be performed because a couple had produced many children, or an overdue funeral service as needed.

A good preacher did more than quote the Bible, he could be a teacher or counselor, help with raising a house, or planting a field. He had to be versed in many things.

The parts in the book that had me chuckling were tales of spending the night in some "full" houses. People were so happy to have messenger of God come to their homes and communities they would ride out and tell neighbors there was a preacher. People would come from as far as ten miles away to hear a sermon and speak with the preacher. There were times when many would stay over night. There was mention of one night when there were 40 people sleeping in a cabin that measured 12 feet by 16 feet. At bed time all the men were chased outside and beds of blankets and buffalo robes spread on the floor. Before the men returned 10 women got under cover with the married ones in the center(this didn't' make sense to me). The men came in, each husband laid down with his wife and the single men laid on the outside. when someone wanted to turn, they said, "Spoon" and everyone would turn at the same time.

Another told of men going outside as women retired for the night, slipping into beds and covering themselves completely. The men then entered, undressed and slept on pallets on the floor. In the morning, they all lay in their places chatting until they decided they should get up. The woman covered their faces with their hands while the men dressed and left to do the chores.

This is what I like about the pioneer spirit and the old west. There are scenarios that could happen that make for great scenes in fiction books.

Paty Jager is an award-winning author of 30+ novels, a dozen novellas, and a passel of short stories of murder mystery, western romance, and action adventure. All her work has Western or Native American elements in them along with hints of humor and engaging characters.This is what readers have to say about  the Letters of Fate series- “...filled with romance, adventure and twists and turns.” “What a refreshing and well written love story of fate and hope!”