WHERE DO YOU GET STORY IDEAS?

When I started writing, I signed up for classes at my local university in the MFA, Creative Writing program.  A homework assignment for my course in creative non-fiction led me to a small mining town thirty minutes from my home.

With the Civil War raging in the east, gold was discovered the Idaho mountains. In December of 1862, Bannock, now known as Idaho City, was founded. Towns sprung up almost overnight during this rush.  (Think Paint Your Wagon.) At its heyday, Idaho City had over 250 businesses, and was the largest city in the Northwest, surpassing Portland, Oregon.


But as the gold dwindled and the wooden structures were destroyed by a series of fires, the capital moved to Boise, a town deep in what’s now the Boise National Forest.  Today, the town is a thriving tourist spot with several of the original buildings still intact, and some repurposed for other usages.

When I walked down the dirt streets, a sense of history overwhelmed me, and the writer's mind started wondering , what if… 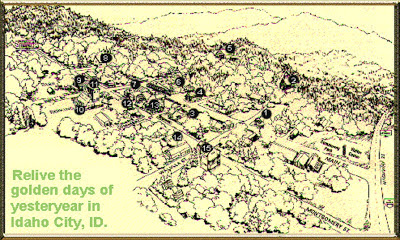 My wanderings took me up to the Pioneer Cemetery.  The cemetery was established in 1863, a must for this dangerous town.  Out of the first 200 graves, only 20 people died of natural causes. 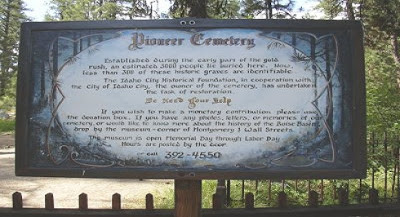 It’s estimated that over 2000 graves exist in the cemetery, but as I walked through the tree-lined paths, I found Mary’s grave. Covered with a full granite grave cover, her husband had carved a poem telling her how much she would be missed and that he’d meet her in heaven.  The romance writer in me took that poem, and started researching the other Mary, as I called her.


Her husband, James Pinney, went on to become a mayor of Boise (the capital city) and remarried a woman also named Mary. I always wondered if he remembered his first Mary and the lovely promise he’d put in stone on her grave.  A promise to meet her in the next life.

When I turned in that story for my professor, she said she loved the story, but she felt like there was too much fiction in the recounting of Mary’s untimely death, which I chose to focus on for the assignment. No, I didn’t know if she died in childbirth, like I’d written, but many women did. And I could see her, trying to make it to her husband’s office where he ran a small store and post office for the town. I imagined her peeking into the high windows of the Masonic Hall, trying to see what the men did when they met.  The Grand Lodge #1 was started in this small town in 1867.


So, I learned a lot about the town of Idaho City through my research, but I learned more about my style of storytelling. I want to know the everyday stories, not only the history.  And if my truth gets surrounded by a little creative fiction, so much the better
.
My current release, The Bull Rider’s Manager is a contemporary set in my hometown of Boise, with a side trip to Vegas. 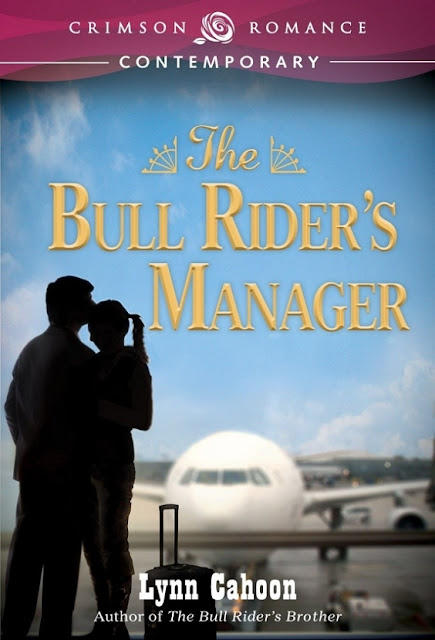 Barb Carico’s all about business.  Now that her best friend tied the knot with Barb’s new business partner, she’s busier than ever. Managing Jesse Sullivan’s career and public persona can be a handful. Add in an aging mother who goes through home health nurses like candy, Barb’s hanging on the edge.

Her one salvation?  Hunter Martin, prodigal son of Martin Family Dairy and, hopefully, Jesse’s next sponsor. After his brother’s death, Hunter becomes an instant dad to his seven-year-old niece.  For Hunter, the rodeo weekend with Barb is the perfect excuse to relax.

When their dinner turns into a quick trip to a Vegas wedding chapel, both Barb and Hunter agree their nuptials were a mistake. Barb doesn't know anything about being a wife or mother, but she needs one favor.  A favor she'll trade her lifestyle, independence, and even risk her heart to make come true.

Lynn Cahoon is a contemporary romance author with a love of hot, sexy men, real and imagined. Her alpha heroes range from rogue witch hunters to modern cowboys. And her heroines all have one thing in common, their strong need for independence. Or at least that’s what they think they want.  She blogs at her website, A Fairy Tale Life. www.lynncahoon.wordpress.com