MORE EXPENSIVE THAN LOBSTER: the Humble Chicken by Marisa Masterson 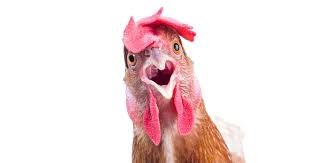 I've read it many times. Too many times in sweet historical romances, actually. The farmer or rancher easily agrees to kill one of his chickens so he can have chicken and dumplings or fried chicken. Would that farmer on the American frontier really do that? 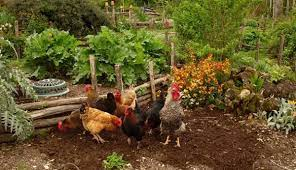 Consider what that chicken gave to his family. The hen could be released into the garden in the spring to eat bugs and worms. It laid eggs that were badly needed as a source of protein as well as extra cash money when sold in a nearby town.
He would keep that hen for at least three years, the typical number of good laying years for the bird. After that, he might slaughter and give the bird to his wife to stew slowly (to soften the tough meat of an older bird) for his meal of chicken and dumplings. 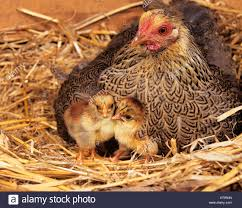 When did these pioneer farmers eat the more tender members of the flock? The birds that would make good fryers? Typically, in the summer just in time for the Fourth of July picnics. This fact goes back to hatching out the chicks on the farm rather than obtaining them through the mail as many people do today.
Often it was the farmer's wife who cared for the chickens as her job. When she allowed hens to go broody (to sit on the nest and hatch chicks), she wouldn't know the sex of the new birds for some weeks. (Today, people order chicks based on the number of hens and roosters they want.)

The wife waited until the gender became more apparent in the early summer, as most hens hatched their chicks in the spring. Too many roosters would be a problem so the woman needed to cull her flock.
These roung roosters made for tender fried chicken. typically this meant  the meal was not available year round.
I want to emphasize that until the 1920s, only farm wives usually raised chickens. There was no meat industry for them like we have today. Amazingly, at one time chicken was the delicacy and lobster was the more common food. 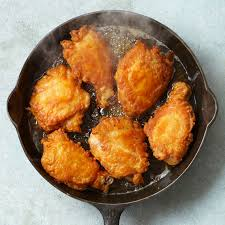 (For a great article on the history of chicken as a meal, check out https://www.americanheritage.com/chicken-story#5)

Chickens scratching in the garden? I included that very thing in my latest novel. 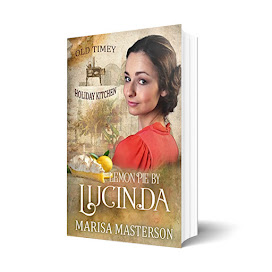 Lucy never uses her real name and is surprised when Rev. Caldwell calls her that at the pie auction. She's even more surprised when Ty Goodson bids on her pie. He's never shown her a bit of interest, and whoever wins her pie will share the dessert with her.

What follows is a series of misadventures and a night spent in a cave. That night with each other leads them into a forced marriage—a shotgun marriage with Ty’s father doing the forcing.

How will Lucy win the love of a man who longs for a different Lucinda? And what about the men chasing Ty and Lucy? Will they return?