My latest book, Rescuing the Indian's Bride, demanded huge amounts of research, and a great deal of looking back to my childhood, about American Indian food skills.  The book concerns 'the lords of the Plains,' the Lakota Sioux. 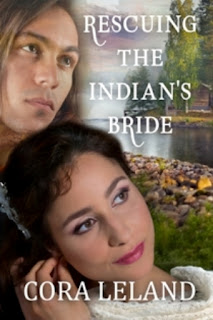 One of their main tenets was the division of labor.  Men risked their lives big-game hunting, and women butchered and processed the meat.  Some of the meat was easily eaten fresh; their diet was meat-heavy.  The tribe's women members also dried the meat, cutting it into thin strips and drying it in the sun.  The resulting dried meat, mixed with fruit, was called Pemmican. Women also gathered plants for medicine, like sage for colds and pneumonia, American Elm for TB, raspberries, plums and nutritious leaves similar to spinach.

Looking back, especially helping my father hunt, required that I be honest with myself.  I'll never forget the steady drip, drip, drip of blood dropping onto my feet from squirrels he'd shot and I gladly carried by their tails.  He could walk soundlessly through the dense underbrush to where hunting was best, never speaking until we were at home, and he described -- with his fingers -- to my mother the birds and animals we'd seen.

The important Plains Indian tribes were big game hunters.  They shot such large animals as pronghorns, elk, and buffalo. 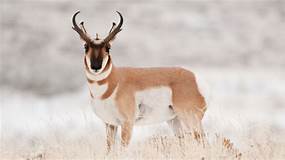 Pronghorn
Plains Indians also brought home smaller animals for their families' every day eating.   The women planted kitchen gardens, as well as finding a large variety of vegetables in the wild.   Some wild roots were used in soups and stews, some were baked in ashes for days, some were grated, others were eaten immediately for snacks. Other herbs and plants, such as the fruit of the peyote cactus, were used for sacred ceremonies.

As large mammals grew scarce, the Plains Indians relied more on inter-tribal warfare, and finally (when they'd come to live on reservations)on the federal government for food subsidies. In the late 1880's and on, as Native populations entered the age of assimilation, farming was seen as the best skill for them to develop.

In my Oglala-settler romance, my hero, Thunder Hawk,  was able to study farming and his tribe was open to learning from him. (They saw his wife, Elizabeth, as the embodiment of goodness.)  After discussing sage with the couple, the chief's allopathic doctor prescribed sage tea for Chief Eagle Voice's pneumonia.  (There was no cure for pneumonia until the next century.) 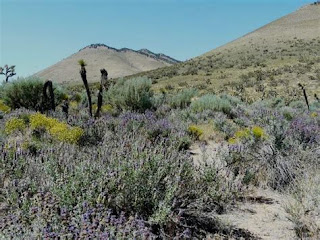 Desert sage
(I found at least three types of sage plants in the desert.  I never saw sage bloom, though the cacti did bloom after the rains.)

Crow Indians followed the guidance of their chief in 1884, who promoted the tribe's farming. (His vision quest as a young man stated this was a necessity.)  Chief Plenty Coups changed from a complete nomad to his tribe's leader for surviving on a reservation.  He used his small individual land allotment from the federal government (given as part of the Dawes Act) for growing crops. 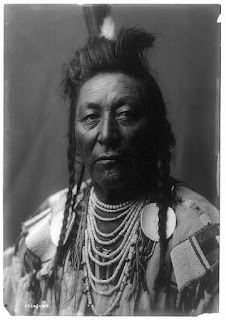 However, the Native peoples of the American southwest, such as the Hopi and Navajo, have been agriculturists for centuries.  Their farming skills match the dry climate to perfection.  For example, they have irrigated and rotated their crops for decades. Fertile land is rare, so fields are often terraced.  Their basic foods are similar to Mexican and Andean dishes.

Their recipe for Sweet Tamales is very similar to tamales I ate in the high Andes of Ecuador.  Here is the recipe.

Mix white cornmeal in handfuls into a large pot of simmering water. Stir the cornmeal with stirring sticks, removing all lumps. Add the sugar. Add the raisins. Stir. Stir in the wheat sprouts.

In a separate pan soak corn husks in simmering water. Make small packages of the cornmeal by wrapping them in soaked corn husks and tie with strips of corn husks. Put the wrapped packages in a pot and boil for 1 hour, adding water as needed. Cool

(A stirring stick is a bundle of dried herbs that is used for stirring and even for frying.  It keeps the dough from clumping.)

I'd be happy to share a pdf of The Native American Cookbook.  Perhaps the best way to reach me is through the comments.