When many people hear about a town that went from boom town to ghost town, they might think about a gold rush as the cause, but Thurber, Texas, died another way.

The entire town was owned by the Texas and Pacific Coal Company in the 1800s. At its high point, the mine at  Thurber produced 3,ooo tons of coal daily. Thurber was a corporate town, from its stores, saloons, school, and houses to its churches. The inhabitants included people from Italy, Poland, Ireland, and even Russia. Although the immigrants tended to cluster by country as far as neighborhoods, the various cultures lived together harmoniously. Thurber was one of the first Texas cities to be completely electrified. Each home had natural gas and running water. At its most populated, Thurber had about 10,000 inhabitants. 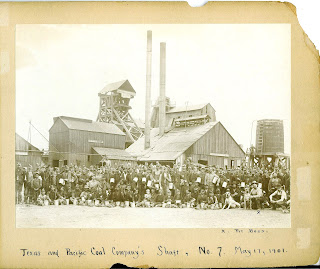 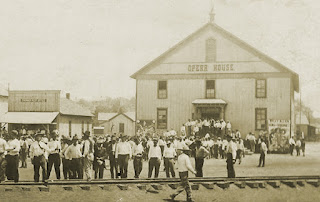 In 1897, the company added a brick factory. Thurber  bricks were used to pave Congress Avenue in the state capitol of Austin, the Galveston Seawall Project, and the streets of the Fort Worth Stockyards. 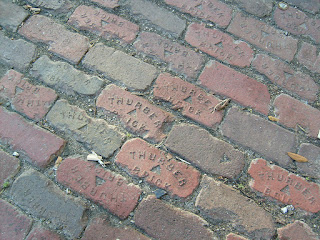 In 1913, the company manager at Thurber, William Knox Gordon, discovered oil in nearby

Ranger. As railroads began running on oil instead of coal, the coal mines and the brick kilns

were closed. The company became the Texas Pacific Coal and Oil Company and moved its

headquarters to Fort Worth. By the late 1930s, Thurber was a ghost town. The company

sold the buildings and people hauled them off to other towns. 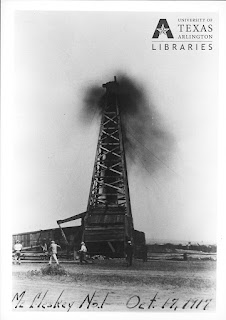 Today, the site has the Gordon Center, which includes a museum and a gift shop, and the

Smokestack Restaurant. The museum has interesting and informative exhibits. Thurber is a

fascinating place to visit. As visitors gaze out over the empty land, they can marvel that Thurber was once an innovative and thriving community. 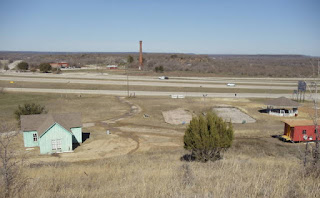