HEY, WHO YOU GONNA CALL?

To quote a famous, fun movie of the past, “Who you gonna call?” Lawmen in the old west included sheriffs, marshals, their deputies, and Federal marshals. Of course, some states also had rangers. Very large cities had policemen, but we’re discussing the frontier. So, to whom would you turn for help?

The Sheriff was chief lawman over a county. His office is at the county seat. Even before states like Wyoming and Montana were admitted to the Union, they were divided into counties—very large counties. In pioneer times, the Sheriff’s office likely would have been attached to the jail, sometimes without even a wall between his desk and the cells. He would have at least one deputy and lead the posse in pursuit of criminals. 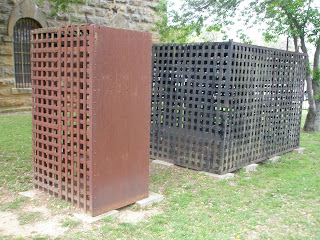 In towns outside the county seat, a marshal was the chief lawman. The marshal functioned like the sheriff, but for a smaller area. As mentioned above, often the counties were large and the sheriff might be a long ride for help. Sometimes, this meant people virtually had to rely on themselves. That’s a scary thought in an uncivilized area.

A Federal Marshal usually had a wide territory that might include several states. He would be appointed by a Federal Judge or other high-ranking politician, such as a governor. A man who comes to mind is Bass Reeves, the model for the Lone Ranger. He worked in Indian Territory, but also could follow criminals into bordering states. He was appointed by Judge Parker and reported to him. 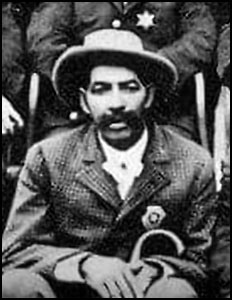 In general, I suspect most people lived quiet lives and minded their own business unless a neighbor needed help. Doesn’t make a good shoot-‘em-up movie or book, but made for happier living.

In my recent release, THEODOSIA, she and her husband consult the Denison, Texas, marshal. Denison was about ten miles from the Grayson County seat of Sherman, so they relied on the marshal. And Theo had plenty of trouble!

Here’s a bit about the story:

He is angry he has been jilted…

They must defend themselves against mysterious assailants.

Theodosia “Theo” Jordan has lived with the harsh aunt and uncle who are her guardians since her parents’ death eight years ago. In three weeks she will turn twenty-one and inherit the estate now controlled by her uncle. When she overhears her aunt and uncle planning her death, she immediately escapes Atlanta by becoming a proxy bride and heading for a small town in Texas.

Houston Kingsley yearns for a happy family like he had before his wife’s death earlier that year. A fraudulent mail-order bride who jilts him and keeps the money he sent her discourages him. Is he destined to raise his children alone? His brother convinces him to try for a proxy bride.  The process sounds simple enough—if he can scrape up the cash for a second fare and travel expenses.

But unknown forces create danger for Theo and Houston. Can they discover and defeat the guilty to achieve the happy home each desires?

THEODOSIA is a sweet western historical romance set in 1878. 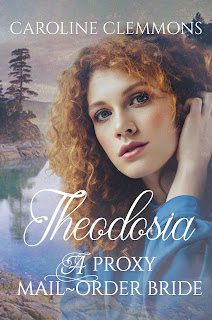 Enjoy an excerpt of when Theo first arrives at her new home:

Shyness struck Theo as her husband led her toward their home’s front porch.

At the door, he stopped and unlocked it before pocketing his keys. “Always planned to do this. Hope you don’t mind.” He scooped her up and carried her across the threshold.

She couldn’t keep a surprised squeal from escaping, followed by laughter. “I always hoped my husband would do that.” That meant he hadn’t done so with his first marriage. That knowledge created more questions.

Appearing pleased, he gestured around them. “You see the foyer isn’t large, but accommodates a hall tree. They also had a grandfather clock against that wall, but they took it with them. Maybe we can get one someday.”

She removed her hat and added it to the shelf on the hall tree, then hung her coat on a hook. “That sounds nice.” She’d need elbow grease to polish away faint marks of where the clock had stood.

After adding his jacket and hat to the hall tree, he studied her. Slowly, he walked around her as if assessing her appearance. “I never expected a redhead for a wife. A lot of folks think redheads have a bad temper and are bad luck.”

Luckily for him, she realized he was teasing, his blue eyes sparkling with humor and mischief. “I never expected my husband would have a beard. A lot of women don’t like a man with whiskers on his face. Some men grow them to hide a weak chin.”

He grinned and spread his hands. “Hey, I can shave off my beard.”

She shifted her shoulders and sent him a saucy smile. “Hey, I can shave off my hair if the color doesn’t suit you. Would you prefer a bald wife?”

He laughed. “I give up, you win this round. Although, I know many women color their hair. Many even try for the color of yours.”

He gave a mock bow. “By the way, I find your hair a pleasing shade. Let’s continue the tour.” He guided her through the downstairs.

Theo inhaled the aroma drifting from the kitchen. “Mmm, dinner smells good. Bethany was kind to think of providing our meal.”

“She’s a kind woman—unless her temper gets riled. I try never to irritate her, but sometimes I do or say something she considers stupid. She’s not bashful about letting me know.” He let her climb to the second story ahead of him.

I’ll be back next month with a scary true story set in Grayson County. Stay safe and keep reading!

Labels: Caroline Clemmons; Sweethearts of the West, lawmen of the West, THEODOSIA
Email ThisBlogThis!Share to TwitterShare to FacebookShare to Pinterest