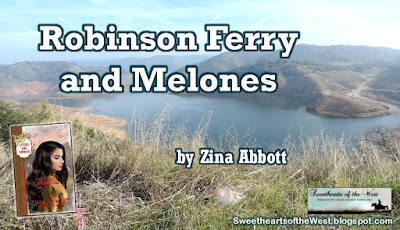 In 1848, the first year of the California gold rush, John W. Robinson, a gold miner and entrepreneur, and Stephen Mead established passenger ferry across the Stanislaus River. Prior to Anglo settlement, the area around Robinson's Ferry was inhabited by Central Mi-Wuk. It is about five miles south of Angels Camp in Calaveras county. 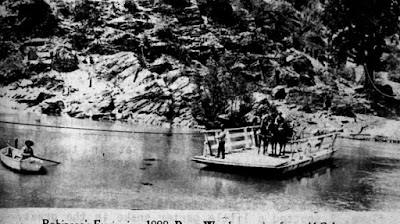 Within a year the two discovered their little ferry was not meeting the demand for the growing number of miners. The two quickly expanded their service by building a larger ferry, which could transport not only miners, but their horses, jennys, and equipment. Historical accounts show that at the height of the Gold Rush, the two partners collected $10,000 in a six week period shuttling miners and supplies across the river. Charges were 50 cents for each passenger, horse, jenny, or other animal.

Robinson and Mead also owned the only trading post along that short stretch of river. The following journal entry by miner Harvey Wood was recorded August 15, 1849: “Robinson and Mead then had a store near the mouth of Indian Gulch, kept in a tent.” 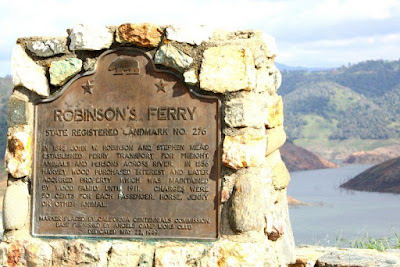 In September of 1849 Wood took a trip to Stockton. Upon his return, he found that his mining partners had done rather well in his absence. The entry in his journal read, “the day before I returned, Huylar and Fouse (Wood’s partners) had made some two ounces each and concluded to have a grand supper for themselves. They invested $8.00 for a small can of preserves; $4.00 for one can of sardines and a few other extras making the cost of their supper $16.00. How it tasted I cannot say as no part of it was visible on my arrival.” 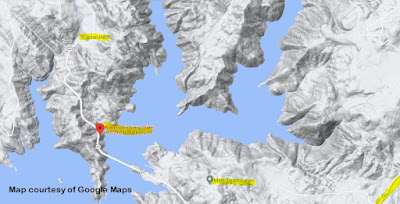 The Wood family continued to operate the ferry until 1911 when it was purchased by Calaveras and Tuolumne counties with the intention of building a bridge. 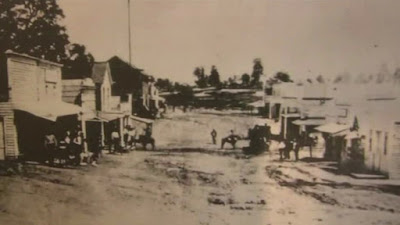 Melones before being buried under New Melones Lake

The town next to the ferry initially took its name from the ferry with the first post office in 1879 being Robinson’s Ferry. In 1895, the name was changed to Robinson's. In 1902, the post office changed the name to Melones. The post office was closed in 1932, re-established in 1933 and closed for good in 1942.

In January 1923 Paramount Pictures chose Melones to construct a complete 1849 mining camp set there for the motion picture The Covered Wagon. The studio sent an authentic Sierra Railroad train built in 1897 to the location via the Angels Branch line to Melones.

Melones is no more, at least, not above water. The former town and ferry site are now submerged beneath New Melones Lake, which took place when the dam by the same name finished construction and began to fill in April 1, 1978. The original Melones Dam was built in 1926. but it was also submerged beneath the larger dam which began to be constructed in 1966. 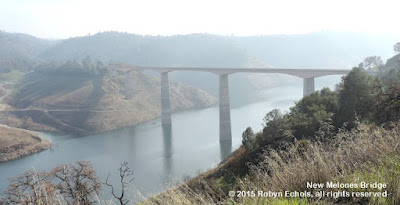 The bridge across this lake in the approximate location of the old Robinson Ferry is the Archie Stevenot Bridge, named for Calaveras County pioneer best known as the founder of the Mother Lode Association in 1919, California’s first highway association. This organization promoted the development of Highway 49. To view early photographs of this bridge from before the reservoir was filled to create New Melones Lake, please CLICK HERE. 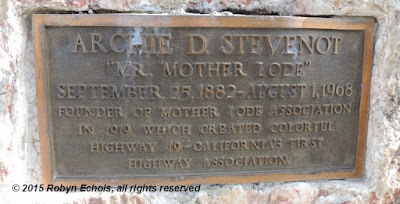 In my most recently published book, Madeline, Madeline, her parents, and James, the hero, cross the Stanislaus River more than once to reach Angel's Creek south of Angel's Camp in Calaveras County from the Tuolumne County side of the river not far from Columbia and Sonora, two towns mentioned in the book.

For the book description and purchase link for Madeline, please CLICK HERE.