Our historical books include not only our heroes and heroines, but often children as secondary characters. A story I’m working on now has young children and thus, my interest in researching what toys and games would occupy their playtime. I should add that “playtime” is a key word. Children in 19th century America didn’t have much time for play, responsibilities and chores taking up a major part of their day, far more than our youngsters of today.

The early immigrants brought their toys and games to America from England, Africa, Germany, France and many other countries. The rules and ways of playing with them were handed down from generation to generation and many of them are still enjoyed by children today.  That is, when we can get them away from the TV and computers and put down their Xboxes and cell phones! LOL

Listed are a sample of the popular toys and games across the ages. Next month I’ll continue with more favorite pastimes early American children enjoyed.

Tops were a favorite spinning toy throughout history. Primitive twirly tops have been found from as far back 2000 BC. Many of the early American tops were handcrafted, the peg top once being the most popular toy in America. The toy was set in motion by wrapping a string around it; tossing it away and into the air; then watch it land spinning on to the floor. 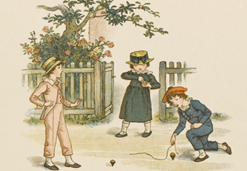 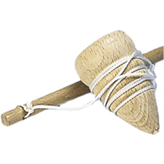 Cup and Ball toy was an excellent test of hand-eye coordination. This folk toy originated in ancient Greece and early India. Fashionable by the late 16th century, it was one of the earliest toys played by American children. The ball is tossed and caught in a cup on the end of a stick. In the more difficult bilbo catcher variation, the ball can also be caught on the tip of the opposite side of the spindle by a hole drilled in the ball.

Rolling Hoop was a pastime the American colonists brought with them from Europe. In the 19th century, both wood and metal hoops were favorite playthings. The hoops were rolled along in solitary play or raced by any number of players. 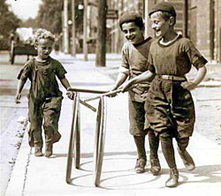 Wooden blocks were a common 19th century toy. Using their imagination, children created bridges, houses, forts and castles. Blocks during that time period were played by both boys and girls. While some of the manufactured, more expensive blocks were stamped with pictures or the letters of the alphabet, most blocks were homemade from scraps of wood and quite plain. 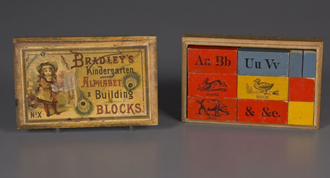 Dominoes is a game that can be traced back to China in 1120 AD. Domino sets are commonly made up of double six (28 tiles) and double nine (55 tiles). There are many variations of games that can be played with dominoes.

Dice Games are as old as ancient Egypt. Dice as we know them today were used in backgammon, reportedly one of the oldest games in recorded history. Dicing games such as Hazard were 18th century tavern favorites in the colonies and the forerunner of today’s most popular casino dice games. Dice were a common household item in early America, made of wood, bone and ivory.

Marbles have been played in all parts of the world for more than 2000 years. Children in 18th century America played with marbles made of stone or clay; glass marbles were highly prized in the 19th century. Mass production became possible in 1884, when Sam Dyke of Akron, Ohio, created a wooden block with six grooves, each of which held a lump of clay. An operator would roll a wooden paddle over all the clay balls at once, with a back-and-forth and slightly lateral motion, creating six marbles. With around 350 employees, Dyke's factory was cranking out five train carloads, or about one million marbles, every day. Mass production made marbles much cheaper to make, allowing the price to drop from about one penny each to a bag of 30 marbles for the same price. Other businessmen jumped on the bandwagon and Akron soon became the marble capital of late-19th century America. Some of the first U.S.-produced glass marbles were also made in Akron, by James Harvey Leighton. The basic game of marbles is played in a ring drawn in the dirt. Each player then tries to knock the marbles out of this circle with his ‘shooter’ marble, also called a ‘knuckler.’ A big bag of marbles was considered a treasure. 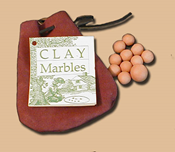 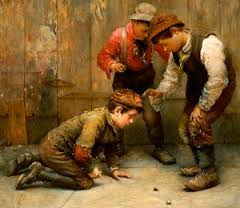 Jacks is a centuries old game and was once played with seeds, bones, stones or other such materials. Originally named “knucklebones” after the bone of sheeps’ ankle, they were thrown up and caught in various manners. When the game became popular in America, children used a wooden or rubber ball and objects made of six-pronged metal or wood objects, called jack-stones, or jacks. (It was always one of my favorite childhood games, fondly remembering scattering the jacks loosely into the play area, then taking turns bouncing the ball and picking up the jacks before the ball bounced a second time. Some of you may recall the names, “onesies,” “twosies,” and so on, as well as the variations of the game with names such as “horse before carriage,” and “eggs in the basket.”)

Checkers originated in France around 1000 AD. The game made its way to England and called ‘draughts,’ then to America, where it became known as ‘checkers.’ The game steadily rose in popularity as the years went by. 1847 was an important year in the history of checkers when the first championship award was given. 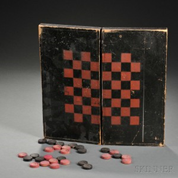 Hopscotch diagrams still cover sidewalks today, but it is one of the oldest and most popular children’s games of all times. There is still a hopscotch pattern etched into the floor of the Roman Forum from several centuries ago! Traditional American hopscotch dates back to the 1800’s.

Yo-Yo has been popular since the ancient times of the Romans and Greeks. However, it didn’t become well-known in the U.S. until the middle of the 1800’s. People began to create yo-yos of all types and from different materials. It wasn’t until Duncan introduced their version of the yo-yo in the 1920’s that the yo-yo became widely popular.

Pick up Sticks was believed to be originated by Native Americans. They used straws of wheat and then passed the game on to English settlers. The English settlers passed it from generation to generation and wheat sticks eventually became thin pieces of wood of different colors. The count of sticks used in the game were 25. Like many childhood games, this one a great one for learning hand and eye coordination. Today Pick up Sticks still remains popular for all ages. 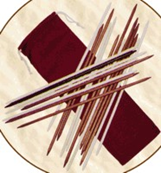 Dolls have been a part of little girls’ lives since ancient times. Girls often had their first sewing experiences creating dresses, hats, and quilts for them. Some of the earliest were carved of wood and dressed in scraps of cloth.

The most common dolls throughout the 19th century were homemade cloth dolls. These were often made from scraps of fabric, with embroidered or button eyes. They might have been stuffed with feathers, cotton, or even straw. Manufactured dolls might be stuffed with sawdust as well.

In rural areas, people fashioned dolls out of the materials at hand. Some carved dolls from pieces of wood or sewed rag dolls from cloth or deerskin. Doll heads were sometimes made from dried apples. "Apple dolls" resembled very old, wrinkled people. Even cornhusks could be bent and tied to make a doll.

Toy makers created a variety of dolls in the 1800s. Most looked like adults. Dolls that resembled babies were not made until the late 1800s. Most dolls had wooden bodies. Many had joints at the elbows, hips, and knees so that children could bend their arms and legs. Doll heads were made of wood, papier-mâché, wax, or china. Dolls with wax heads cost the most. They had glass eyes and natural-looking hair. Some even had real human hair.

Some dolls were quite fancy with ribbons, ruffles, and lace. Sometimes a doll was so beautifully dressed that its owner was only allowed to play with it on Sunday, and then only with clean hands. Some dolls were not to be touched by children at all. 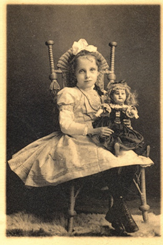 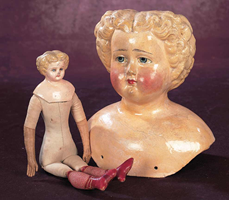 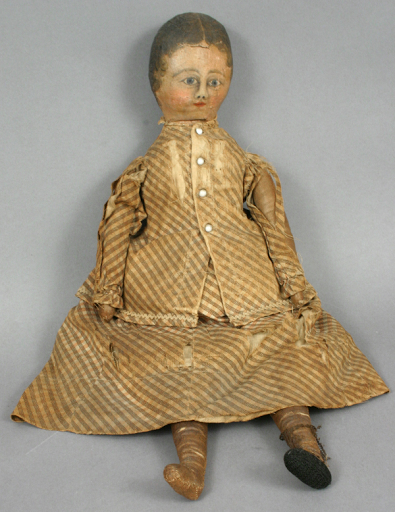 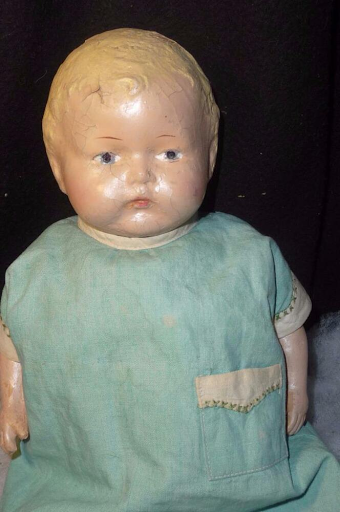 These are but a few of the all-time favorite toys and games of children of yesteryear … and I’m sure have stirred memories of the child that still resides in all of us. 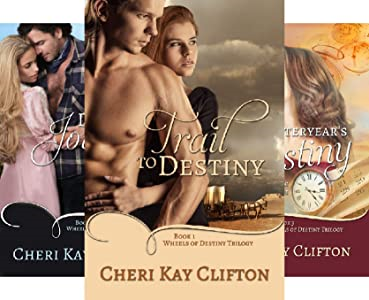