Alice Tubbs: A Free Spirit of the Old West by Sarah J. McNeal

Most of us have either heard of, or unearthed in our research the wild and wicked ways of the old west. Just so happens, the old west was home to some pretty crazy, eccentric, and innovative residents—including the members of the “gentler” sex. Yes, women could be a mite different out there on the plains of America. Maybe it was the harsh circumstances of their existence or the feeling of freedom the west provided these people, or maybe it was their real nature, but the women of the west were not your conventional mild mannered darlings.

I’ve written about some of these wild and crazy women recently, but I did not want to leave this captivating subject without presenting good old Alice Tubbs.
Not to be confused with the poor or rough beginnings of so many women of the west, Alice was born in Sudbury England as Alice Ivers. She moved with her family to America in 1865. Her family sent her to a boarding school for young ladies and I am certain they expected a proper young lady who would marry a gentleman and make them proud. Well, parents usually have dreams for their kids that may not turn out the way they had hoped.

Some have speculated that Alice’s father taught her to play poker, but others believe Alice learned by watching her gambler husband, Frank Dunning, wheel and deal those cards. In any case, the end result was, after moving out west, Alice began cleaning out just about every cowboy stupid enough to play cards with her. Because of her extraordinary skills, she became known as “Poker Alice” and won approximately $250,000 over her lifetime. That’s huge money for those days.

Alice began to travel the country after her husband died and played in some of the most populated towns in the west. She ran a table in a saloon owned by Bob Ford, the man who shot Jesse James and, in fact, was there when someone shot Bob down. 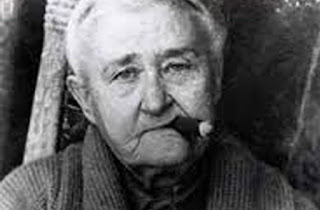 This well-bred woman wore the best dresses money could buy. Some believe she wore these fantastic dresses to distract her male competitors, but I believe she just wanted to look pretty despite the fact that she usually smoked big cigars. I’m trying to imagine how others must have perceived that well-dressed woman with a big stogie hanging from her lips. Alice created the expression, “Praise the Lord and place your bets, and I’ll take your money with no regrets.” Okay, she wasn’t exactly a poet, but it was a bit intimidating for her to say that. Our lovely, proper Alice, liked to quote scriptures and never played cards on Sunday. Such a fine lady, wouldn’t you say?
After some time, Alice married Warren Tubbs and retired from the gambling tables to have children and raise them on a chicken farm. However, in 1910, after her second husband died, Alice pawned her wedding ring to pay for Warren’s funeral, and next thing ya know, she went right back to the poker table and won enough money to get her ring back. Now that’s the lady we all love.

Alice married a third time and opened a casino near Fort Meade in South Dakota. Winters there must have created big business for her. What else could people do in South Dakota during winter besides hunker down? Before Alice died in 1930 she was arrested for operating a brothel, murdered a man once for his bad behavior, publicly defied Prohibition laws, and finally, at age 75 earned a gubernatorial pardon. I couldn’t find anything about her children and what became of them in my research. I can’t help but think they must have been a bunch of free spirits like their mother though.

Well, there you have it, another wild and inventive western woman living the way she wanted. Could it happen anywhere else besides the old west?—well maybe, but it wouldn’t be half as interesting.

My Wilding western romances begin with Harmonica Joe’s Reluctant Bride where I introduced Belle, the owner of a bordello, saloon, and gambling establishment named The Iron Slipper. If I had known about Alice Tubbs then I could have used her character to define Belle.  In the second Wilding romance, the young man Banjo has inherited the saloon from Belle, but with the help of Lola Wilding, transforms it into a hotel for decent folk. You can find all my Wilding western romances by clicking onto “The Wildings” in my list of media places after my bio., or check out my Wildings books and bargains on my Amazon Author’s Page listed after my bio. 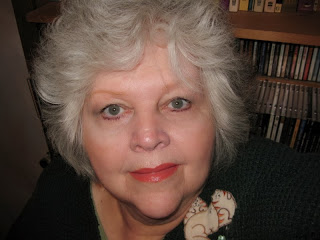