The Man Who Inspired Father's Day - by Jo-Ann Roberts

“I remember everything about him. He was both father and mother to me and my brothers and sisters.”

Like Memorial Day, Labor Day, Veterans’ Day, and Mother’s Day, Father’s Day evolved from a concerted effort by a loved one to honor a group or individual for their selfless, and often times, unrecognized contribution to family and country.

Such is the case of Sonora Smart Dodd. 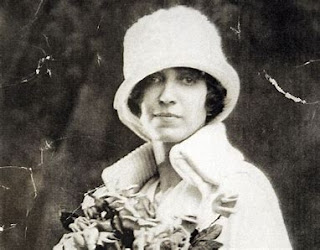 When Sonora was 16, her mother Ellen died, leaving William Jackson Smart as a single father to Sonora and her five younger brothers.

Sonora’s mother Ellen, herself a widow, had three children from a previous marriage. In addition, William had been married and widowed before he met Sonora’s mother. William had five children with his first wife who were already grown when he became a widower for the second time.

An unlikely inspiration for the Father’s Day movement, William Jackson Smart was born in Arkansas in 1842. Records there show that he enlisted as a Union soldier in 1862. That in itself is odd because Arkansas was a Confederate state.

However, records show that he fought for both sides in the war. 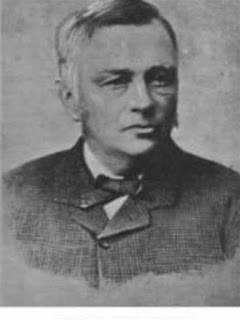 Driving a supply wagon for Confederate troops, William was captured in a decisive victory in Arkansas at the battle of Pea Ridge. Rather than languish in a Union prison, he opted to join the northern cause. As a result, Sonora was eligible to claim membership as a member of both the United Daughters of the Confederacy and the Daughters of Union Veterans.

William and his second wife Ellen were living on a “coal ranch” in Jenny Lind, Arkansas when Sonora was born in 1882. Instead of mining for coal, William and the family “farmed” it, collecting chunks of coal from the surface and carting it to town for sale. In 1887,  they sold the farm for $5000—a hefty sum at the time—and the family move to Spokane, Washington.

Fun fact…the farm in Arkansas would turn out to be one of the most productive coal fields in the entire nation!

In 1898, William became a widower for the second time. In Sonora’s memories of this sad, difficult time, she recalls her father as a “great home person”, a man who exemplified fatherly love and protection.

It was this selfless devotion that prompted Sonora to action while attending one of the first official Mother’s Day services at her church in 1909.

If mothers deserved a day in honor of their loving service, why not fathers?

In 1910, Sonora brought a petition before the Spokane Ministerial Alliance to recognize the courage and devotion of all fathers on William’s birthday, June 5. Though the local clergy like the idea of a day devoted to fathers, they couldn’t pull something together in so short a time span. Instead, they settled on June 19th, the third Sunday in June.

On that first Father’s Day in 1910, churches sermons across Spokane were dedicated to fathers, red and white roses were handed out in honor of fathers both living and dead, and the governor and mayor issued proclamations...and Sonora found her calling.

With the support of her congressman, she began to lobby for the creation of a national holiday, determined to give fathers like hers the recognition they deserved.

But it wasn’t until 1972 that President Nixon finally signed a Congressional resolution declaring the third Sunday in June to be Father’s Day.

William Jackson Smart, no doubt, would have been proud of Sonora.

Happy Father's Day
to all the special dads, step-dads, grandads, uncles,
brothers, cousins, neighbors, teachers, and friends
who stepped up to show a child what it truly means to be a father. 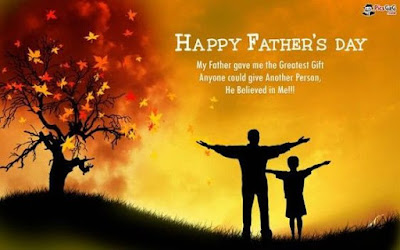