SAVE THE EAGLES -- ROSALIE BARROW EDGE

This article might be cheating, because Ms Edge lived in New York. However, the things she did made a huge difference for those of us West of the Mississippi. She was called to action when she learned of the slaughter of bald eagles in Alaska.

I have read a number of books by C. J. Box in his Joe Pickett series. Joe is a Wyoming game warden whose best friend is a falconer. Until I started reading this series, I hadn’t taken time to realize how important raptors are in the scheme of nature. I also hadn’t known how they can be utilized to help farmers, ranchers, and other businesses who are harassed by starlings.

Rosalie Barrow Edge was such a ferocious advocate for the protection of wildlife that The New Yorker once called her “the only honest, unselfish, indomitable hellcat in the history of conservation.”

On November 3, 1877, Mabel Rosalie Barrow was born in New York City, the youngest of five surviving children of John Wylie Barrow and Harriet Bowen Woodward Barrow. She was a descendant of the prominent New York Dutch American Evertson family. In addition, Rosalie’s father was a wealthy British importer and accountant who was a first cousin to Charles Dickens. I’m sure you guessed her early life was as a socialite. 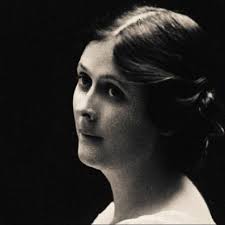 In May 1909, 32-year-old Mabel Rosalie went to Yokohama, Japan, to marry Charles Noel Edge, a British civil engineer. After traveling in Asia for about three years in connection with Charles's employment, the Edges returned to New York permanently. Their children, Peter and Margaret, were born in New York..

In 1921, Charles Edge fell in love with another woman. Rosalie found solace in long walks in Central Park and soon fell in with the city’s avid birding community. Edge was a birder for the rest of her life, eventually logging 804 species in the park. 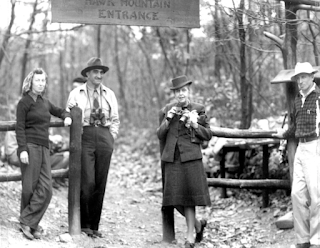 At the age of 52, Rosalie Edge dedicated her life to the preservation of American wildlife. Utilizing the skills she acquired during the suffrage movement, she took to writing pamphlets on wildlife facts in an attempt to dispel myths leading to the mass killing of many species of wildlife. After developing an interest in bird watching in the 1920s, Edge was horrified to discover that 70,000 bald eagles were being slaughtered in the Alaskan Territory, but that existing conservation groups didn’t care because bald eagles weren’t rare at the time. 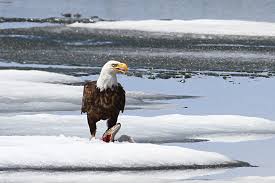 A bald eagle in Yellowstone.

She battled with the predominately male-run conservation organizations, including Audubon, for conspiring with hunters, developers, and ranchers. She berated them for supporting bounties on bald eagles in Alaska, and not honoring their commitment to conservation. This inspired her to create the Emergency Conservation Committee in 1929 which emphasized the need ‘to protect all species while they were common so that they did not become rare’. This was a very different viewpoint than the standard thinking in conservation at the time of only preserving species that had an economic value.

She also ended decades of hawk and eagle shootings on a ridge in the Appalachian Mountains—by buying the property! In 1934, she purchased the land and turned it into the world’s first refuge for birds of prey. It was called The Hawk Mountain Sanctuary. Willard Gibbs Van Name, the American Museum of Natural History zoologist who advised her and secretly wrote her earliest ECC pamphlets, lent her $500 to obtain a lease-buy option on about 1,340 acres. In time, the Hawk Mountain Sanctuary Association grew to about 2,500 acres. An average of 20,000 eagles, hawks, and falcons migrate through each year. The research and bird counts done at Hawk Mountain have proven to be invaluable in bird of prey conservation. 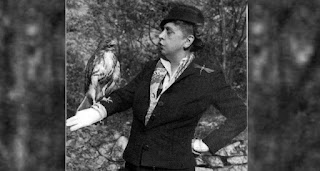 Rosalie and a hawk

Her legacy also helped another pioneering environmentalist. In 1960, the sanctuary provided scientific data to Rachel Carson, helping her link the decline in the juvenile raptor population to the unregulated spraying of DDT. Perhaps you’ve read SILENT SPRING, Ms Carson’s most well-known book.

Leaders of the Sierra Club, Nature Conservancy, and National Audubon Society learned from and made organizational reforms as a result of her activism. Rosalie Barrow Edge was an inspiration to environmental activists of her day and continues to be an inspiration to all ages working to save wild things and wild places. Rosalie Barrow Edge died of cancer on 1962, but her legacy endures.