A DREAM COME TRUE (for some) by Marisa Masterson 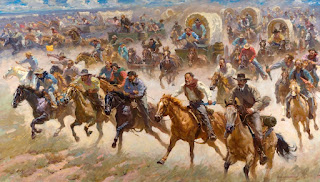 Drought and financial depression made claiming land a dream come true in the inviting Oklahoma Territory. Women were allowed to claim land as long as they were single or widowed, and at least twenty-one-years of age. African Americans also saw this land run as an opportunity and rushed into the area. Native peoples, however, were legally forbidden from staking claims.

When the first Oklahoma Land Run was announced in 1889, people had only ONE MONTH to prepare! Imagine learning of this and scrambling to take advantage of this. There was no guarantee that you'd get anything if you waited on the border on April 22. At noon the gun, boomed and you would have ridden out amidst thousands of others who probably wanted the same land that you do...


My latest book is a part of a series that focuses on the white settlement of Oklahoma--specifically the land runs. Interesting history! Now, add in romance and mail-order brides. A winner!! 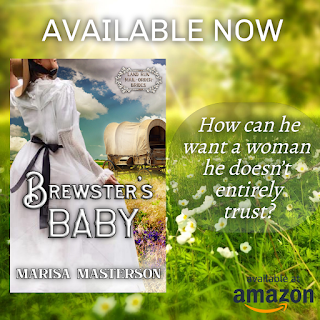 He wants her, needs her. But, will he ever find a way to express his emotions to her?

Michael Brewster needs a wife as he sets up a new business. That’s all! No complications or tender feelings will soften his hard heart or get in the way of his plans to build an empire.

Hetty Fields arrives by train on the very day of the first Oklahoma Land Run. She’s a day late, upsetting her groom's perfect schedule. Add to that, she does something to him that threatens to awaken his sleeping emotions. And then he sees the baby…

Why didn’t she warn him about the baby? How can he want a woman he doesn’t entirely trust?

If you enjoy sweet romance set against historical events with light suspense, this book is one for you to read!