An Adventure for A Dime by Jo-Ann Roberts 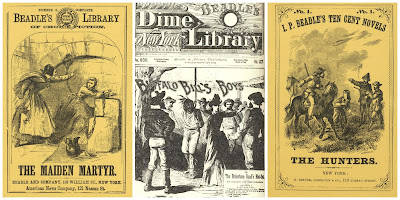 Initially published around the time of the Civil War, the first dime novels were immensely popular. These sensational stories were full of romance and adventure and became wildly popular in both the United States and in England, where they were dubbed "penny dreadfuls".
Dime novels typically told the dramatic adventure stories of a single hero or heroine who often found himself or herself in the midst of a moral dilemma. They were ethically sound, endorsing good character, and strong moral values, with the hero/heroine choosing virtue over vice.
The storylines were simple and told in in language that brought to mind concrete pictures and people for the readers. The books were simple in appearance, bound in inexpensive paper with brightly illustrated covers, easy to carry, and easy to pass around. Though the subject matter of the novels included detectives, the military, chaste romance, and even early science fiction, it was the Western dime novel that dominated the market.
In the beginning, these stories were about the American Indians, but when the Indians were forced onto reservations, the public's fascination with them began to fade. Consequently, the novels focused on cowboys in the Wild West, outlaws and bandits, and train robbers.
In Victorian England, "penny dreadfuls" were written in the macabre Gothic tradition to frighten and thrill readers. 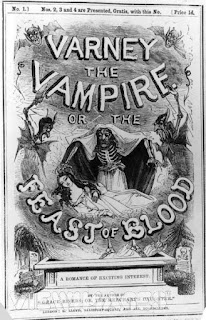 Dime novel stories would often feature a recurring hero such as Buffalo Bill, Deadwood Dick, Buckskin Sam, or Roving Joe. The printing house could then establish a series and garner a following for these heroes. These heroes were, of course, packaged in a fast-paced adventure story often described as
"blood and thunder". 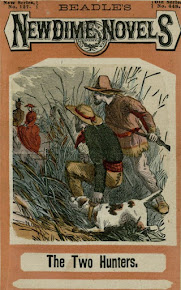 First issued by the New York printing firm of Irwin and Erasmus Beadle and Robert Adams, the dime novels were an immediate success.  Between 1860 and 1865 alone, Beadle and Adams published more than five million dime novels. During this time, the Civil War made soldiers a prime audience for the publishers who produced books that catered to the men needing a light diversion during the boredom that often came with camp life.
Writing these stories was a lucrative business for many late 19th century authors. A well-established author could earn up to $1,000 per story; a lesser established author could expect close to $50 per story. One such author, Prentiss Ingraham achieved success and fame as an author of the "Buffalo Bill" series. By his own account he penned 600 novels by 1900.
Another major publishing house, Street and Smith, viewed fiction as a commodity, and editors had strict authority over the authors' works. Each author was allowed limited room for creativity and was required to follow a specific formula in the plot lines and writing style. No wonder authors like Horatio Alger, Upton Sinclair, and Jack London wrote for Street and Smith under pen names! 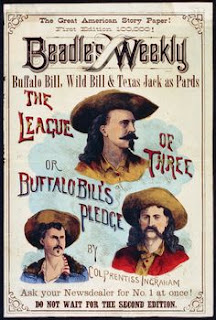 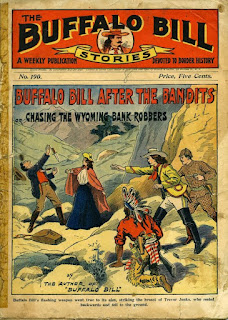 However, not all authors wrote under pen names to save their reputations. Many authors were writers who were often journalists, teachers, or clerks simply looking to make a bit more money to supplement their current occupations. With the invention of the typewriter, authors were able to churn out stories at an unbelievable rate. One author, Frederic Marmaduke Van Rensselaer Dey, the creator of street-savvy detective Nick Carter, was rumored to put out 25,000 words every week for almost twenty years!
Although not as numerous as their male counterparts, female authors also found success in the dime novel market. The most notable among these was Ann S. Stephens. In 1860, she authored the very first Beadle's Dime Novel, "Malaeska: The Indian Wife of the White Hunter". 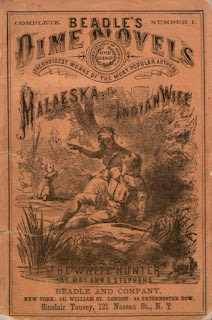 Bertha Clay, Geraldine Fleming, and Laura Libbey were among the most prominent female authors who penned stories about the pioneers, sensational murder mysteries, and society romances aimed at a young, working, middle-class audience. All for Love of a Fair Face, The Story of a Wedding Ring, A Charity Girl, The Unseen Bridegroom, and Only a Mechanic's Daughter were among the most popular romance novels enjoyed by girls and women, and surprisingly by many men. 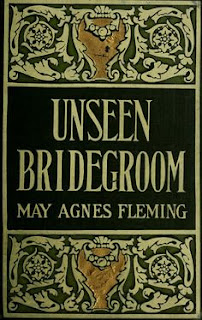 The dime novel craze heavily influenced pulp fiction magazines introduced in the 1890s. Rising postal rates may have caused a decline in the publication of the dime novels, but the content material and sentiment behind the works continue to influence publications even today.
Posted by Jo-Ann Roberts at 10/16/2021