The Haunted Fort Worth Stockyards by Bea Tifton

Sorry for the repost, but this week is moving week. Bad movers, lots of car trips with loose stuff, and no sleep! 'Tis the season to be scary, so enjoy. 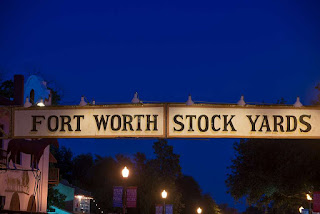 A few years ago, I took the Cowtown Winery's Haunted Stockyards Tour. We had complimentary Wine a Ritas in our hands and a great tour guide in our midst. The event at the end really happened. It was the perfect ending to a fascinating glimpse into local history. In the time of Covid, I'd like to visit that wonderful evening again, so forgive the repost.

The Stockyards actually have a branch of the Trinity River flowing under Exchange, the main street. Many people believe that water holds spiritual activity and heightens paranormal activity. 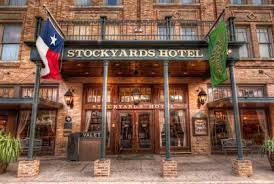 The Stockyards Hotel was built in 1910 and was a crown jewel of a hotel, attracting rich oil tycoons. Bonnie and Clyde reportedly stayed in room 305. That room now overlooks Merrick Fine Western Wear, which was then a jewelry store, and the nearby bank.  Two stories are told about their stay. One is 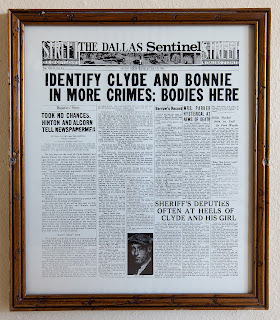 that they rented the room to stake out the two businesses, but they liked Fort Worth so much they decided not to rob either place. The other tale is that they told the owners of the bank and the jewelry store that they weren’t there to rob them or cause any trouble because, as  Bonnie and Clyde said, they were just hiding out from the law until things cooled down a bit.
The Stockyards Hotel has a full-bodied apparition named Jesse. He’s a cowboy who couldn’t have afforded to stay in the hotel at the time. People speculate that he just wanted to stay there in the afterlife.  Visitors hear his spurs jingling as he walks through the hall or see him. Jesse never interacts with anyone.
Many have felt the presence of a former employee, Jake. He was a messenger from the 1900’s and he loved his job of 30-40 years. Visitors feel hot and cold spots and some of his physical duties are still taken care of. If guests leave their room unlocked, it will be locked when they return. For the last 30 years, the phone rings after hours. No one is there and the call cannot be traced, put on hold, or transferred.
The Rodeo Arena  has had an indoor  rodeo since 1908. This arena is a hotbed of paranormal activity. There is a phantom black horse that runs around the arena.
Apparitions are of deceased cowboys in old-time clothing.  The rodeo was very dangerous and many lost their lives during their performance.  EVP’s (electronic voice phenomenon; conversation not heard by the human ear) record hearing a voice saying, “Cow, cow, cow.” And “Pig, pig, pig.”
People have also reported seeing the spirit of Quanah Parker, who was the first Native American to ride in a rodeo.

The Exchange Building had two stories. One of the stories is that a man’s small child followed him to work in the early 1900’s. He wasn’t sure what to do with her, so he let her wander around. She went to play in the vault and an employee inadvertently locked her in. She wasn’t discovered in the airtight building until the next morning, and she had suffocated. Employees say they get an eerie feeling upstairs. They see a little girl running around playing and trying to get their attention. She looks out

windows at dawn. One early morning, the paranormal team from the Stockyards found two handprints on the inside of the door.
The body of a prostitute was found inside years ago when prostitution was a licensed profession. She was probably murdered offsite and then dumped there. Her rose-scented perfume, for which she was known, can still be smelled on tours. 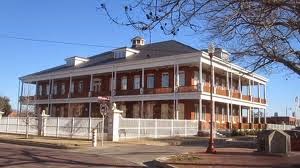 The Armour Swift Corporate Building is quite an attractive building outside. Arson destroyed the building in the 1970s and, with all the residual animal fat, it took 1 month to put  the fire out completely. The Spaghetti Warehouse was there after the building was rebuilt, but they couldn’t keep staff. Silverware would fly, things would be moved, staff would hear strange noises and experience uneasy feelings.  The building currently houses business offices. 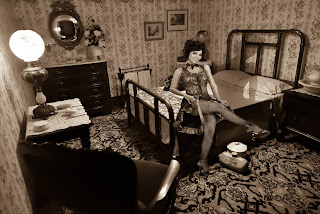 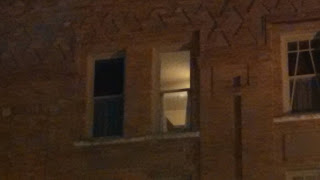 Riscky family is very embarrassed about the brothel and won’t let people go up there. She threw everything away--but a red rocker once owned by the madame mysteriously reappeared in the building.The bells that signaled the men that their time was up are still there and working. The windows where the women would stand to attract customers have been covered up because people kept seeing apparitions of working women standing and posing in them. 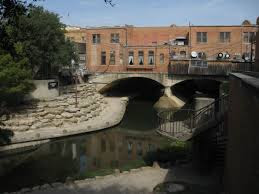 Saunders Park is a lovely part of the  Stockyards.When the nearby area of Fort Worth was known as part of  Hell’s Half Acre, however, people would take care of disputes by shooting at each other. The dead or dying were dumped into the river by the park. Historic reports from the time say that sometimes the water was red with blood. Divers report that there are too many human bones to count remaining on the bottom of that part of the Trinity River. The city decided not to dredge, leaving them out of respect. 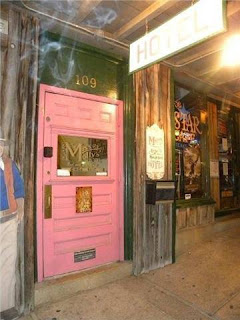 Miss Molly's B and B is a popular place to stay in the Stockyards. Molly is actually the name of the lead cow in the simulated cattle drive and the mascot of Fort Worth.
The actual Madame was Miss Josie. It was a speakeasy until the 1930’s, and then the site became a low end brothel. The girls were actually 11-15 years old. Most of the girls were orphans or runaways.  Miss Josie was abusive. She didn’t take any guff from the male customers and was known to throw them out on the street. She was morbidly obese and ill-tempered. The girls had huge quotas and, if they didn’t meet them or they talked back, Josie would lock them in the closet without food, water, or facilities as long as she felt the the discipline was required.
Girls were very competitive and would poison each other’s food and lotion, resulting in some violent illnesses and deaths.  Miss Josie had a daughter, father unknown, who she abused terribly. When the little girl was 8 years old, she disappeared.  Everyone thought Josie had killed her, but it was never investigated.  One time a little girl on the ghost tour had her hair pulled and told her mother that “Mary was messing with her.” No one had told the little girl that Josie’s daughter was named Mary. The owner keeps toys for Mary that no one else is allowed to play with and the playthings move around.
Josie’s room and the Cowboy’s room are the most haunted. Men have their shoulders rubbed or their heads patted, but women report feeling very unwelcome and watched. 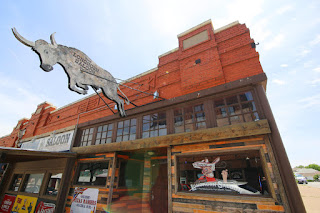 The Longhorn Saloon is a popular watering hole.  Three cowboys stopped to drink, just boys between 15 and 17. They got drunk and got back on what they thought were their horses. The men whose horses they stole confronted them and the boys were hanged in the saloon.  Now women in the ladies bathroom report having their legs tugged and feeling like they are being watched. 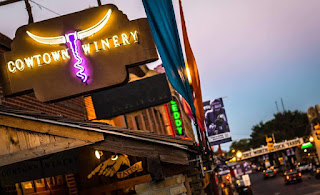 We ended up back at the Cowtown Winery. The paranormal team that works the Stockyards swept the building and found just as much activity as Miss Molly’s.  It used to be a Chinese Laundry with the family living above.  People feel the presence of a young boy. A medium said he was killed by an abusive parent, who kept him in a cupboard behind the bar. There is an old-fashioned sock monkey doll no one admits to having brought in.  It will disappear for days, then reappear in odd places.
Another presence is also felt. Wine is spilled during the night, crackers are spilled, and cases topple over. The motion detector is never tripped.  People hear glass break and rush in, but nothing is broken.
While the guide was talking about the little boy, the street light in the alley was flickering. When she got to the story of the other presence, the light went out with a “Pop!” Everyone jumped, looked at the light, and then laughed at themselves. As the tour dispersed and the guide went back in, one of the remaining tourists said, “Wouldn’t it be funny if the light came back on?”
And it did!

If you're ever in Fort Worth, Texas, you should really take the Haunted Stockyards Tour with the Cowtown Winery. I enjoyed it tremendously and the local history was fascinating.

Do you believe in ghosts? Leave a comment below.

Labels: Bea Tifton, Fort Worth Stockyards, ghosts, Sweethearts of the West
Email ThisBlogThis!Share to TwitterShare to FacebookShare to Pinterest