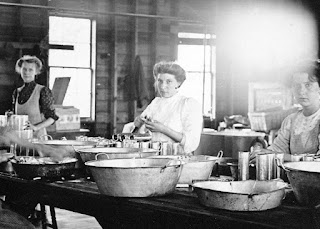 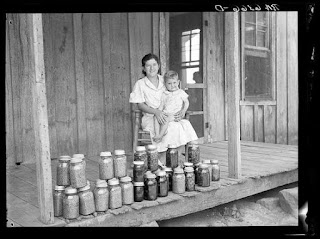 Canning is a relatively recent development in the long history of food preservation. Humans have dried, salted, and fermented foods since before recorded history. But preserving food by heat-treating and then sealing it in airtight containers didn't come along until the late 18th century.

In the mid-19th century, housewives harvested their gardens from late spring through the fall, until a killing frost descended on their particular part of the country. With different fruits and vegetables coming in abundance, and sometimes overlapping, the women would often find themselves overwhelmed by the endless bounty to “put up”.  But if they wanted their harvest to sustain them during the winter months, they had to tackled the seemingly never-ending process.

Early in our marriage, my husband’s former girlfriend (who has since become my BFF…another story for another time!) took me strawberry picking. She then offered to help me make strawberry preserves, a task I’ve joyfully embraced for the past forty-plus years.

Two weeks ago, I picked nineteen pounds of strawberries in anticipation of making preserves. What I hadn’t realized was that I needed more canning jars which led me to the store, and ultimately on a quest to research the history of canning jars. 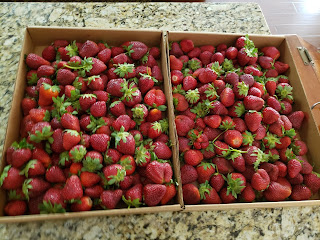 When Nicolas Appert, a French inventor, first put up food in glass jars in 1795, he thought it was the exclusion of air that preserved food. He was half right; the other half was his method of placing food in jars, then boiling the sealed jar. Until 1858, canning jars used a glass jar, a tin flat lid, and sealing wax, which was not reusable and messy!

But in 1858, John L Mason, an inventor and tin smith from New York City, invented the mason jar. His machine cut threads into the lids making it practical to manufacture a jar with a reusable, screw-on lid. His design, a glass container with a thread molded into its top and a zinc lid with a rubber ring greatly improved the design of his predecessors. The rubber created the seal, and the thread lid maintained it. The jar included his patent: “Mason’s Patent November 30th. 1858.” 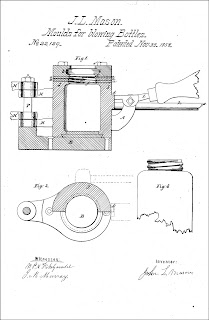 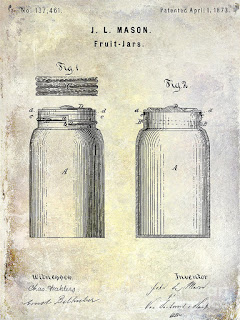 With this simple invention, Mason revolutionized home canning, bringing with it the reliability of consistently made canning jars, lids and rings into the public realm for the first time.

The photo above is part of my antique collection of canning jars passed down to me by my late mother-in-law. 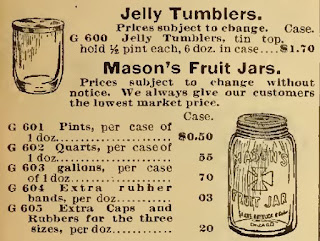 Another type of canning jar was the “Lightning” or wire ball jar. Invented in 1882 by Henry William Putnam of Bennington, Vermont, these fruit jars used a glass lid and a metal clamp to hold the lid in place. These “Lightning jars” became popular because no metal (which could rust or break the seal) came in contact with the food and the metal clamps made the lids easier to seal and remove (hence, the “Lightning” name).

Basically, a wire loop and levers operated to clamp down securely onto the lid and close the jar.  The “Putnam” jars were made by at least 11 glass companies, some being made into the early 1900s.  Aqua is the most commonly seen color, as was typical of utilitarian glass of the time period.

It’s likely that “White Lightning” derived its name from the fact that bootleggers used these jars to store their product! 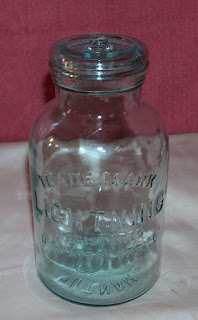 The Atlas E-Z Seal is a type of Lightning jar. The difference is a raised lip to help keep the jar from cracking. This was called the “Strong Shoulder” and was similar to the mason jar. Cracking was a common problem with the shoulder seal jars. Hazel-Atlas Glass Company was in operation from the late 1800s until 1964. 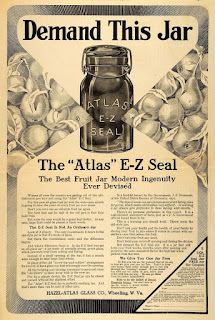 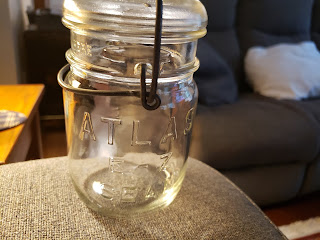 Meanwhile, in 1880, in Buffalo, NY, William Ball and his brothers, Lucius, Lorenzo, Frank, Edmund and George, borrowed $200 from their uncle, and were soon  in the business of manufacturing wood-jacketed tin cans for the storage of oil, lard, kerosene, and paint. Four years later, the brothers began making glass home-canning jars, the product that established Ball as a household name. The brothers moved the company from Buffalo, New York, to Muncie, Indiana, in 1887 to take advantage of abundant natural gas reserves essential to making glass. 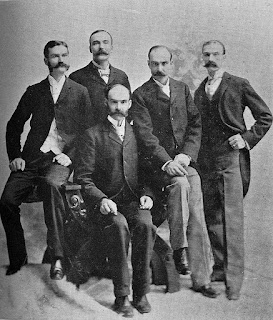 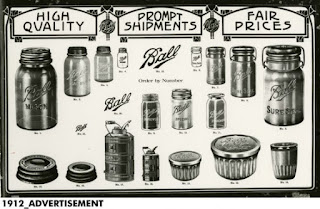 At the turn of the 20th century, Alexander Kerr founded the Hermetic Fruit Jar Company, featuring the Economy and Self-Sealing jars. The Economy jars were among the first wide-mouth jars, and thus, were easy to fill. They also incorporated elements from two 1903 patents held by another inventor, Julius Landsberger…a metal lid with a permanently attached gasket. This made the lids easy to use and inexpensive. 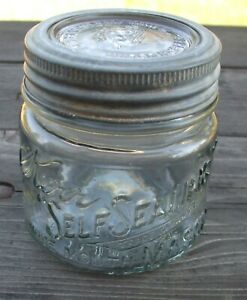 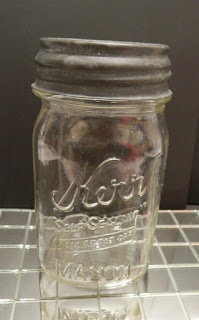 In 1915, Kerr invented a smaller, flat metal disk with the same permanent composition gasket. The lid sealed the top of a mason jar; a threaded metal ring held the lid down during the hot water process. This allowed re-use of old canning jars together with inexpensive and easy to use disposable lids. This two-part system transformed home canning safety and is still in use today. 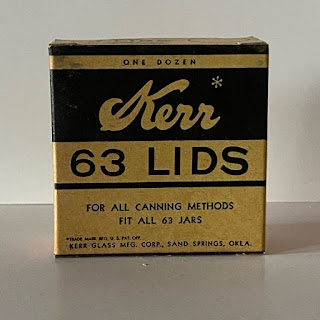 Eco-Friendly Uses in the Modern World

As one of the most useful containers on the planet, the mason jar has skyrocketed in recent years for its huge range of uses, and it all started with canning.

Pinterest and DIY users have discovered the lure and nostalgia of vintage mason jars, turning them into solar lights, pantry organizers, kitchen and/or bathroom decor, Christmas luminaries, and centerpieces for a rustic country-style wedding. 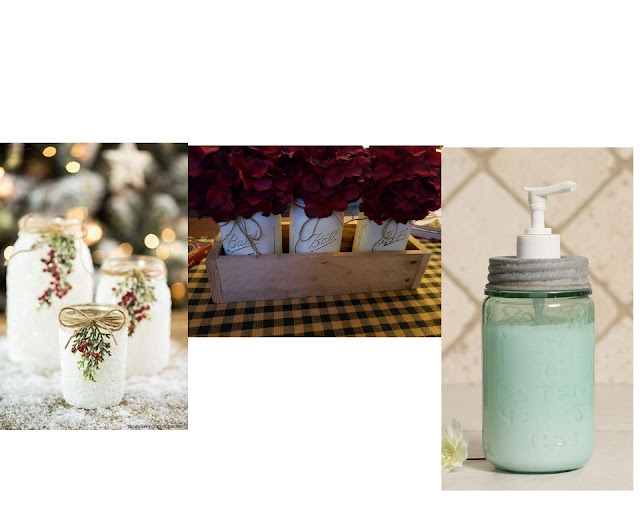 This recent resurgence in canning has a lot to do with the current global pandemic turning many Americans to home gardening. “Pandemic hobbies” have become highly sought-after, as life with the coronavirus has stretched into year two. With a new generation of gardeners emerging, the need for growing food without pesticides and chemicals, has boosted the interest and popularity of glass mason jars.

Besides, what is more satisfying than sampling a taste of summer on lightly buttered toast on a cold February morning. Here’s to a job well done! 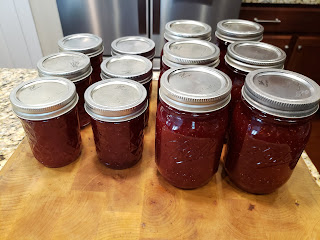