EMIGRANT SPOTLIGHT: THE IRISH and THE WELSH by Cora Leland

with her boys.
Nora was an Oto Indian woman who married my grandfather, a prosperous Irishman. The photo above was taken years before Oklahoma's Dust Bowl.  Their sons, George and Millard, were children before the birth -- and death -- of the little girl, 'Bunny.'  My Grandmother Nora and young Bunny were swept away in the same tragic fire.

Acting nice for the camera
The boys were sent off to boarding school.  By the 1930's, Pop and his sons had recouped their fortunes on the West Coast.   Millard's lifetime business passion was preserved west coast fruit; George's changed with World War II and its financial boom and a return to ranch life at retirement. 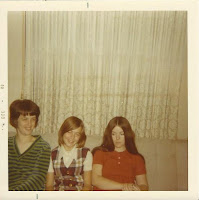 Nora and Pop's granddaughters a few decades later on the panhandle. (I made the dress.  It was red mohair.)
The oldest girl married into a German family who'd arrived in the 1850's and later took part in the Land Run. (German and Irish immigrants are said to have similar problems adapting to America.)

Ruth Evangeline (my grandmother) at fifteen.
Granny's English-descent father was a rural mail carrier not far from Los Angeles at the time of her portrait, above.  The next year, she married an impoverished Irishman (from an aristocratic family) from Galway, Ireland.
Thousands of Irish had come to America before, during and after the potato blight to escape starvation and disease. The Galway area was especially hard-hit.  Like many Irish immigrants at the time, Jim was completely unskilled.  He worked as telegrapher, railroad builder, and baseball player.
During the Great Depression, Granny brought up their two daughters.  Granny, mother and Helen worked in factories until my mother finished college.  (My mother and I attended community college on the West Coast long after she'd left those days behind. She continued her education into her seventies.) 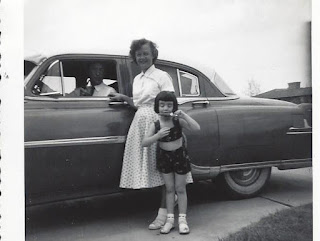 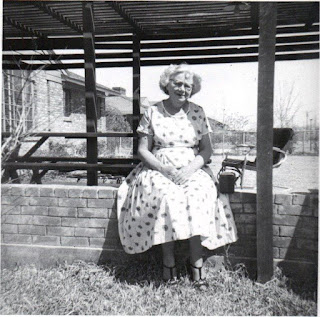 Granny
Granny taught me how to read, cook and play piano.  Granny played 'by ear.'  She mimicked the pianists she'd heard at the movies, but made sure I could read music before my feet could reach the floor from the piano bench.
Like Crystal, my heroine in Mail Order Bride Bk. 1, my mother sent me to cooking schools.  I studied cooking in Texas, Crystal in Chicago.
THE WELSH 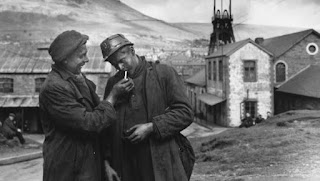 Welsh miners taking a break
My forebears (on my father’s side)  were coal miners in the coal valleys of southern Wales.    Here's a map of England showing the south Wales coal area (at the bottom left).  The coal valleys fan out under the capital of Wales, Cardiff.  All but two of the mines are now closed. 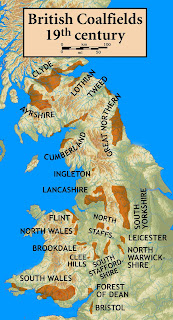 Between Christmas and the Twelfth Night:  The Mari Lwyd

Of lasting interest to me has been the celebration called The Mari Lwyd (the Grey Mare).  A preserved horse’s skull was decorated with the streamers and tinsel used for the Christmas holidays, and a man wore a sheet and carried the decorated skull.

He’s accompanied by at least one friend from his village, singing and reciting poetry from house to house.  The residents of each place also recite poetry back to the people and horse waiting outside in the cold.  Finally the horse and friends come inside to share Twelfth Night cheer.

Here’s a film of part of the Mari Lwyd at the turn of the 20th century in Wales.  The link itself is https://www.youtube.com/watch?v=G_xFo6Hifzk.  Just click on it; no need to subscribe unless you want to, later.

There are more exciting, though not authentic, films about these times.  With a little patience, it is possible to find good holiday fun, though, connected to Welsh customs.

Finally, here's a link to the city of Cardiff. It's offering stay-at-home travel and fun, most for free.  Check it out!  https://www.visitcardiff.com/from-home/