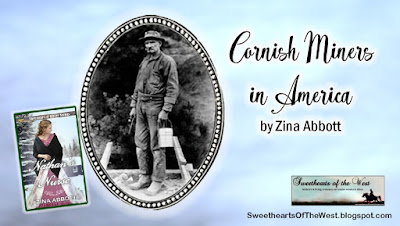 Cornwall, a small peninsula at the southwestern tip of England, was considered the home of the finest hard-rock miners in the world. They mined tin and smelted it with copper to produce bronze. 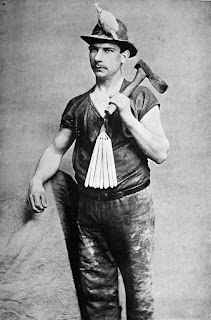 The Bronze Age began about 2150 BC. Bronze is an alloy of tin and copper, two elements prevalent in Cornwall. The abundance of those metals plus silver brought the Phoenicians, Greeks and Romans to England. The Romans referred to England as the Tin Islands and they actively mined there until the 7th century AD. In the Middle Ages, mining flourished and laws were established solely to protect the interests of Cornwall and Devon miners because of the importance of the mining industry to the economy of England. This growth continued until the mid-19th century.

By the mid-1800s, the mines became so deep that it was no longer economical to continue operations. That, coupled with foreign competition, sent Cornwall’s mining industry into a rapid decline. Cornish miners left for other countries, including the United States. Miners began leaving as early as the 1850's. America welcomed over a quarter of a million Cornish immigrants, or some 20 percent of their population, between 1860 and 1900. In the year 1870 alone, 10,000 Cornish miners immigrated.

The California Gold Rush of 1849 kicked off the era of mining in the American West, about the time Cornish miners began leaving Cornwall looking for work elsewhere.  In the early days of underground mining highly skilled Cornish miners with their unusual language and brogue were imported to do the work. At the time they led the world in mining technology and were regarded as the greatest hard rock miners in the world. Their skill with granite and ore won their fame as the elite laborers of western mining camps. Heirs of a perfected system of excavation, a valuable terminology, and the technical edge of a culture immersed in sinkings, stopes, and winzes, they were the world’s best hard-rock miners.
Cornish miners settled in Pennsylvania, Michigan, Wisconsin, Illinois, Montana, South Dakota, Arizona, Utah, Nevada, and California. Many California communities, such as Grass Valley and Nevada City, hold events to pay tribute to their heritage of Cornish miners.

Many were attracted to Colorado to help strengthen the state’s mining economy. Starting in the early days of gold mining in Colorado in places such as Central City until the first decade of the 1900s, Cornish miners found work and opportunity in the state with its vast mining sources. It is estimated at sixty percent of miners who worked in the mines of Georgetown and Silver Plume came from Cornwall.

Pioneers in American mining operations, Cornish miners utilized tribute pay to raise output and made themselves partners with a grueling industry. Expertise made them company men, superintendents, captains, and drillers, with their success dependent almost entirely on their own initiative, coolness, and skill. As a culture the Cornish miners have survived because the nature of their work itself gave them a resilience and durability that could be transplanted and take root outside of Cornwall.

When a foreman was impressed with his Cornish miner, he would ask if there were any others like him back in Cornwall. The Cornishman usually would know of other miners wanting to leave the old country and might answer, “My cousin Jack be a very good miner and ‘ee should like a new job.” The miners reasoned that foremen would be more apt to accept another member of the miner’s family, where in fact, the “Cousin Jack” might not be related at all.

Many came as single men, but they also came in families. This close-knit band of miners and their wives were known as “Cousin Jacks” and “Cousin Jennies.” The name is supposed to come from their habit of addressing one another as “cousin” and Jack was a common Cornish name.

Although their skill in working with rock and water was soon recognized, the extremes of weather and temperature, strange sicknesses, the constant danger of accidents, and the lawlessness of the camps, all made life hard to endure. Many did not survive to send home for their families, yet the majority persevered to spread their legendary mining skills and to bring social as well as religious stability to mining areas that extended from Wisconsin to California.

Although my latest novel, Nathan's Nurse, does not deal with Cornish miners directly, it was through researching the details to write my scenes within the mines I became familiar with just how prevalent Cornish miners were in the silver mines of Colorado where this novel is set.