An Observatory in Arizona Territory

We often think of scientific advancements of the old Western days in terms of trains and railroads, exploration and cartography, etc., but in 1894, a Harvard graduate and amateur astronomer by the name of Percival Lowell left his own mark in the scientific community as well as the West. Lowell belonged to the influential Lowell family of Boston and had always been interested in astronomy, so he decided to use his wealth and prestige to build an instrument that would allow him to further study the planet Mars, in hopes that intelligent life could be found there. Following the advice of another Harvard astronomer, William Pickering, Lowell turned his focus to Arizona Territory on the opposite side of the continent, for which he extolled the virtues of have more visibility in the night sky.

At that point, Lowell assigned Andrew Douglass, an understudy, with the task of finding a suitable location to build his refracting telescope. When Douglass arrived in Arizona Territory, he carried around with him a 7-foot retracting telescope and a tripod, borrowed from Harvard University. While testing out various sites, including Tombstone, Tucson, and Tempe, the pieces of the telescope had to be packed into two coffin-shaped boxes. This didn’t present a problem whenever Douglass traveled by train, but there was one incident in which a stagecoach driver refused to allow them onto his conveyance because of the sinister nature of the boxes, so Douglass had them shipped to his next testing site, of course, by train.

When the T-initialed town sites didn’t work out, Douglass then moved farther north to the lumber camp of Flagstaff and found conditions to be just right for observing the night sky. From there, things progressed rapidly. Lowell met a trio of forward-thinking brothers in Flagstaff: Denis “Matt,” Michael, and Timothy Riordan, for which a state park is now named. These men provided jobs for thousands of employees and were instrumental in establishing many schools, art programs, a library, and an electric company in Flagstaff. Partnering with Lowell seemed the natural thing to do, and soon Lowell Observatory was erected on what is now known as Mars Hill. Fitting, right? The rotating dome on top was another innovation that was ahead of its time.

Although Percival Lowell’s initial theory that intelligent life might be found on Mars didn’t come to fruition, Lowell Observatory is most famous for being the place where Pluto was discovered. Today many outreach programs are a part of its illustrious history. It’s the perfect place to go and discover all the magnificent celestial bodies in our solar system, especially in the summertime, which is what my husband and I did several years ago when we lived in Flagstaff. If you ever get a chance to visit, I highly recommend it. You will not be disappointed! 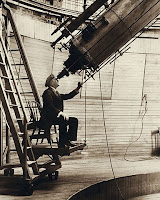 And what happened to Andrew Douglass, you might wonder? He later became known for the discovery of dendrochronology, the study of tree-ring dating, and then he moved south to Tucson and became the president of the University of Arizona.

To learn more about the history behind Lowell Observatory, check out this fascinating book: https://www.amazon.com/dp/1467134171

And for a fictionalized version, complete with a sweet Christmas romance, check out my book, A Match Made at Christmas. 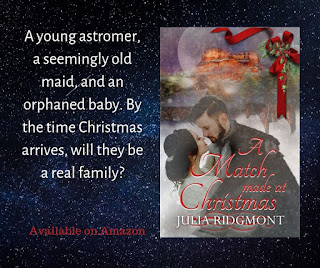