Custer, Sitting Bull, Reno, Crazy Horse, these names have become trigger words to start a conversation about the Battle of the Little Bighorn or Custer’s Last Stand.  For many this is the only known battle between the Lakota, Northern Cheyenne, and Arapaho, during the summer 1876.

However, there was another battle just days before on June 17, 1876 a foreshadow of Custer’s defeat. Instead of Custer, it was General Crook who led his men against warriors Lakota from the Oglala, Minneconjou, Sans Arc, Brule, Hunkpapa, and possibly the Two Kettle and Blackfeet Lakota subtribes, together with their Northern Cheyenne allies, estimated at around 1500 strong (some historians question this number and put the number at half this). Today I want to focus on one of those brave warriors.

In history books and historical point signs, this battle is called the Battle of the Rosebud. To Northern Cheyenne’s it is known as the battle Where the Girl Saved Her Brother.  Today, I'm not going to go into the details of the battle, you can find those in other posts. Today, I want to introduce you all to "the girl who saved her brother," Buffalo Calf Road Woman.

During the summer of 1876, Buffalo Calf Road Woman, her husband Black Coyote, their daughter, and her brother, Comes In Sight, camped in the Powder River and Little Bighorn valleys along with other Cheyennes and Lakotas.

On the evening of June 16, Crook’s troops camped on the south fork of Rosebud Creek. Crook’s Crow and Shoshone scouts warned Crook about the danger of camping in such close proximity to the Sioux-Cheyenne camps, but their concerns were dismissed. The scouts should have been heeded as the Lakota and Cheyenne were moving toward the troops. On the morning of June 17, the Lakota and Cheyenne surrounded Crook’s troops and attacked.

Though there was opposition to her riding with the warriors, Buffalo Calf Road Woman was determined to use her skills and protect her home and family fighting beside her husband and brother.

Lakota and Cheyenne accounts of the Battle of the Rosebud indicate that the surprise attack of the warriors on Crook’s column was a defensive measure intended to keep the soldiers from advancing on the various American Indian camps on Reno Creek and Davis Creek, some twenty miles to the north. Unlike most other Great Sioux War engagements beyond the Little Bighorn, the Rosebud action elicited a number of valuable Indian accounts.

The Cheyenne named Chief Comes in Sight fought actively that day, repeatedly drawing the soldiers’ fire toward him. At one point, near the Gap, he rode back and forth before the soldiers who fired on him and wounded his horse, causing the horse to somersault and drop Chief Comes in Sight to his feet. As the Northern Cheyenne warrior Little Hawk recounted, “He was walking away and all the soldiers were shooting at him as hard as they could. His sister Buffalo Calf Road Woman was with the party riding a gray horse.” She looked down and saw her brother there. In a hail of arrows and bullets, she rode down to him and helped her brother cling to her horse carrying him to safety. Neither were hit. The Cheyenne remembered and honored her with the name Brave Woman.

A week later, Buffalo Calf Road Woman, joined her husband at the Battle of the Little Bighorn. During this battle she again rescued a young warrior who lost his horse. Some accounts credit her with knocking Custer off his horse before he was killed.

Five months later, her Cheyenne village was attacked in the early morning hours. Buffalo Calf Road Woman was forced to flee in a blizzard with her family.  They were relentlessly pursued and most, suffering from starvation and freezing, surrendered to the soldiers. Buffalo Calf Road Woman refused to surrender. During this time, she had a second child. Eventually, she was forced to surrender, in an effort to save her family, only to find that she and the small band of Cheyenne would be sent to Oklahoma.

After a long forced march, they arrived to an inhospitable land with unfamiliar climate and unknown diseases.  With such conditions, a group of Cheyenne, including Buffalo Calf Road Woman and her family determined to escape and return home.

Escaping during the night, the band began the long, harsh journey north. They managed to continue their journey despite numerous skirmishes with soldiers. The band of Cheyenne traversed 1500 miles and split in two over a disagreement.

Buffalo Calf Road Woman and her family followed Chief Little Wolf. They hid in the Sand Hills of Nebraska for a time where her husband descended into a kind of madness. After killing a fellow Cheyenne, he was banished and Buffalo Calf Road Woman and her children joined him. Her party was captured and imprisoned at Fort Keogh, where this outstanding warrior eventually succumbed to diphtheria in 1879.

History all too often fails to tell some of the best stories. Buffalo Calf Road Woman is all too often left off the lists of the brave warriors who fought during the American Indian Wars, but her people remember Where the Girl Saved Her Brother. 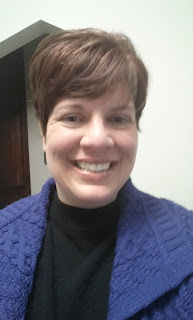 Kirsten Lynn is a Western and Military Historian. She worked six years with a Navy non-profit and continues to contract with the Marine Corps History Division for certain projects. Making her home where her roots were sewn in Wyoming, Kirsten also works as a local historian. She loves to use the history she has learned and add it to a great love story. She writes stories about men of uncommon valor…women with undaunted courage…love of unwavering devotion …and romance with unending sizzle. When she’s not writing, she finds inspiration in day trips through the Bighorn Mountains, binge reading and watching sappy old movies, or sappy new movies. Housework can always wait.