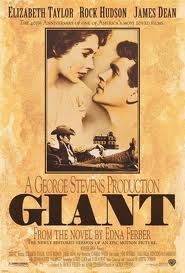 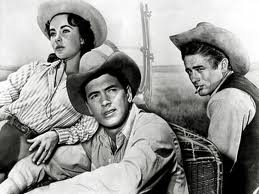 Liz, Rock, and Dean
In 2005, the film was selected for preservation in the United States National Film Registry by the Library of Congress as being "culturally, historically, or aesthetically significant."

The outdoor scenes are the topic of the post. They were filmed on the Evans Ranch in West Texas. Who owned it? Who was in the cast from the local population?

These questions came up around 1980 when my husband and I took a road trip with Robert and Susan Pruett, and Bob and Carolyn Goss, all of from San Marcos, Texas. The six of us traveled in the Goss's new van. I remember being on the Evans Ranch, and seeing the skeleton framework that remained when the movie was finished, about thirty years before.
Robert Pruett gave us a narrated tour of the area. His family was heavily involved in the filming of the outdoor scenes. Let me introduce him.

A True Texas Gentleman, Robert Pruett was born and raised in far West Texas. He attended high school in Marfa and college at Texas Tech University. He often followed the rodeo circuit, riding in all events. Several of his family members were in the production of Giant acting as stunt doubles and bit players. Robert himself was in close contact with some of the actors. 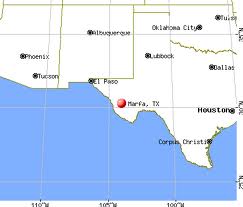 Celia: Robert, where was the location of the facade of the Victorian Mansion and main filming?

Robert: "The film company Warner Brothers  used my cousin's ranch, the Evans Ranch, which was on Highway 90 West of Marfa, Texas--the town with the Mystery Ghost Lights.'


Celia: Your father had a scene in the movie. Can you tell us about that?

Robert: "My dad was known for his excellent bar-b-cue, cooked outdoors in a fire pit. In the big outdoor  neighborhood party and bar-b-cue in the movie, my dad was the man serving the bar-b-cue to the guests that Bick (Rock Hudson) and Leslie (Elizabeth Taylor) invited. He had one line and was paid $75."

Celia: Didn't your cousins act as doubles for Mercedes McCambridge when she angrily rode the stud horse, War Wind, out onto the prairie, was thrown, and killed in the movie?

Robert: "Yes, brothers Clay and Bub Evans--two of my cousins--both doubled for her.  They wore female clothes to look like the actress and rode bucking horses. I guess they did a good job."

Celia: The stud horse in the movie was beautiful. Was he supplied by your cousin from his ranch?

Robert: "No, that horse was shipped from Hollywood. They had to use horses that were on a list the movie people used. They used another bucking horse for the wild ride out on the range."

Celia: I remember your telling a story about riding with James Dean in one of his cars.

Robert: "Yes, I went rabbit hunting with James Dean. We were both young men. He drove wild, and damaged the car out there. He shot at the car and accidentally hit the transmission. We had to walk 5 miles in the dark to get back."

Celia: Didn't someone ask what you thought of James Dean as an actor?

Robert: "Yes, and I said he didn't act...he played himself. What you saw on the screen was his true character."

Celia: When the main actors were in Texas, where did they stay? There are no Five-Star hotels out there.

Robert: "Elizabeth Taylor and Rock Hudson stayed in separate private homes, which were turned over to them."

Celia I suppose the indoor scenes in the movie were shot in California.
Robert: "They were--on a soundstage in Hollywood."

Celia Thank you, Robert. I love your stories, and I know you have so many more.
~*~*~
Robert Pruett is an artisan and craftsman of handmade spurs. He began making spurs as a young man in high school. In recent years, he began to make spurs that were works of art. He sold them at Western Heritage Shows. In the eighties, he began to make them full-time, taking custom orders. Some of his work is featured in a coffee table book, titled Bits and Spurs--Motifs, techniques, and Modern Makers.


NOTE: Robert said that many citizens of Marfa appeared in the movie. Each was paid $50 a day. Since the area was in a prolonged drought, and the economy was very poor, the making of the movie Giant helped boost the entire town's economy and provided much needed jobs for the locals.