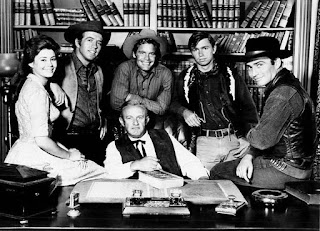 I think I’ve seen every episode of the long running TV show, The Virginian, but that doesn’t stop me from watching them again when my husband clicks in on. Even if I’m deep into a book, either reading or writing, that show has the ability to pull me out and engage me in what’s happening in Medicine Bow.

The TV series is but one adaptation to the original book written in 1902 by Owen Wister. Several movies were also created based on this book that has been credited as being the first true western ever written and the one that created the genre made famous by Louis L’Amour and Zane Grey. In my office, I have boxes of Louis L’Amour and few Zane Grey novels that had been my grandfather’s and then my mother’s. I’ve read many of them, but in truth, they are getting too fragile, but I’m not ready to be parted from them yet. 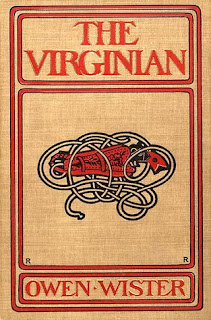 I’ve also read The Virginian. I found the concept of the 1st person narrator who details the story of a man who is only referred to as the Virginian interesting and unique. No real name is ever mentioned. One of my favorite characters in the TV series is Trampas. (I appreciated the cameo of Doug McClure in the popular 1994 Maverick movie starring Mel Gibson. McClure died just a year later.) In the book, Trampas is the Virginian’s foe. The book also has the Virginian ‘getting the girl’, a young school teacher named Molly Stark Wood, and has an happily ever after ending.

The Virginian TV series was unique in the fact it was filmed to be ninety minutes long, (seventy-five with commercial breaks). Running for nine years, it became the third longest running western series behind Bonanza and Gunsmoke. The show had many changes throughout it’s run, including the changes in the owner’s of Shiloh Ranch, but the main character, the Virginian, played by James Drury, remained the same. Drury starred in many TV shows and films, including a cameo appearance in the 2000 movie, The Virginian starring Bill Pullman. 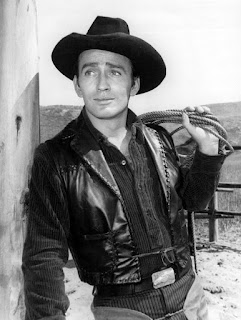 If you enjoyed the show, this is a fun website full of information-- http://www.thevirginian.net/.

If you have the time and interest, I’d recommend reading the original novel, just because. A free download can be found here.
Posted by Lauri at 7/24/2016

Labels: Lauri Robinson, The Virginian
Email ThisBlogThis!Share to TwitterShare to FacebookShare to Pinterest