Please bear with me while I recycle a post I featured last year. We're getting new floors in our family room and kitchen and I forgot what day it was. Heck, I forgot what week it was.
Like most historical romance authors, I love family history as well as that associated with my stories. In researching my dad's family, I learned that one of his ancestors was the first to bring Guernsey cows to the newly opened part of Oklahoma in 1899. Others in his family were also drawn to the chance to own land and build new lives. One of those in his stepmother's family had an excellent memory. Dessie Garton was born in 1890 near Hillsboro, Texas.
Young Dessie did not want to leave her home and her friends, but traveled with her family and neighbors to Oklahoma. These people did not have cash. The promise of free land was a great opportunity to people who has been renting farms. When you read it, imagine you and your family were alone on the Oklahoma prairie, isolated from everything familiar.
Fortunately, Dessie had an excellent memory. Her granddaughter recorded her reminiscences when Dessie was almost eighty. It's a long tale I am so pleased to have, but here is a portion of it. Can you imagine loading seven kids into a wagon and heading for an unknown land? And they left after harvest, which meant they were traveling in winter with only the wagon and a tent for shelter.
How frightening some of those new experiences would be, as you can read from this portion of Dessie's story:

We camped at Mr. Brim’s because he had water. There was an empty dugout nearby. We moved into it because it was so cold in the tent. We had a sheet-iron stove, but there wasn’t any wood. Willy had pneumonia. The gyp dust of the dugout turned out to be worse on him than the cold, and so we had to move back into the tent.

It didn’t take long for us to get initiated to the hazards of living on the prairie. Rain was our chief concern. Everyday we searched the skies for rain clouds. When we saw a rain cloud approaching, we always remembered what a settler’s wife had told Papa when we camped out on Turkey Creek. He had gone to try to buy food for the animals. He asked if it ever rained in Greer County. In a long drawn out tone she replied, “It don’t never rain in Greer County, but when it does, it don’t never stop.”
About two or three weeks after we arrived in Martin, we experienced our first sandstorm. Murray and Papa were digging the dugout, and the rest of us were working around the tent. We had spread all the bedclothes outside on the grass so they could air the damp out. We saw the black cloud coming from the north. We thought it was a bad rain cloud. It hit with all the fury of a spring rainstorm, but it was only wind and dust. Mama struggled to get the bedclothes off the grass while we kids fought to keep the tent from falling. Even Willy, who still had pneumonia, was trying to help. But the tent collapsed in spite of all our efforts. After it was over, Papa and Murray came running to us. Papa said that he had never been so frightened—he had thought the world was coming to an end! Later we found our pillows a half-mile away hanging on a barbed wire fence.

After that experience, we watched the skies for rain, those ominous black clouds, and another cloud of a different color. This was a gray cloud that meant an approaching prairie fire. All of the settlers feared these fires. Everyone plowed his fields to make a fire guard; but if the wind was strong, nothing could stop the fires. We were never burned out, but we lived in fear that we might be.

Murray and Papa finally finished the dugout. There we were—seven kids and Mama and Papa—and we didn’t own one dollar in cash. Mr. Brim helped Papa get groceries “on account” in Quanah. He had a fenced garden spot that he said we could use. Mr. Payne let us milk two of his cows. Then we started breaking land with our horses and that old mule. We didn’t make any crop that first year, but we did get all of the land broken. The second year we planted maize and cotton. Papa would dig the holes and I would place the seeds in the holes. The maize was the old goose-necked variety that grew as high as a man’s head and then curved back toward the ground. We had to cut each head separately with a knife. It was difficult for us to reach. Our hands would get cut by the sharp blades of the leaves and, once in a while, by the knife.

We had to go to Quanah, Texas for everything. It had the closest railroad. Four or five families would sometimes get together and go over there because we had to ford the Red River. If the river was up, all of the horses would be hitched together in order to pull the wagons across one by one. We had to tie everything down in the wagons or we might see our supplies floating down the river. We would never know whether or not the river would be high. There might have been thunderstorms further west we knew nothing about.

It seemed like we were always in debt to that man at Quanah. I remember one of the first years when we made a good crop. Papa went to Quanah to pay off our bills. When he came home, he said, “Well, Susan, I didn’t tell you, but now I’ve paid it off I guess it can’t hurt to tell you. I mortgaged the mule last spring.” Mama was shocked. She fretted the remainder of the day. She said over and over, “Just think, if we hadn’t made this crop, we’d lost that mule, and then how would we have broken the land for next year’s crop?”

We made pretty good crops when we first came to Martin. The land was fresh and would grow anything if we could just get enough rain. Our biggest problem was getting water. We had to haul it from Quanah or catch it in rain barrels. When it rained, we filled every available container with water.

The year after Papa mortgaged the mule, he traded it for the price of digging a well. The man had to dig 115 feet before he hit water. We had to draw all our water—even for the stock. Whose job do you think that was? Talk about “the good old days!” If I didn’t think Mama or Papa were watching, I would drive the cattle away—they would drink too much.

Our next biggest worry was the damage caused by the open range policy. Before the Herd Law was passed, the cattle would eat our maize crop and trample our cotton. There weren’t any trees around for fence posts. All the lumber had to be freighted in from Quanah. Besides that, barbed wire cost money, and we were always short of money. Willy got a job in Texas. That $10 a month he made sure helped us. One of most vivid memories relating to that open range policy was the day two bulls got into a fight on the top of our flat topped dugout. We were afraid to go outside because they might attack us, and we were afraid to stay inside because it sounded as if any second they could come crashing through the roof. Finally, they gave up and went away.

I was just nine years old when we moved from Texas. Oh, how homesick I would get for all those beautiful trees I used to climb (I was the tomboy of the family) and the creeks I used to wade in. I missed our big house too. Everything got so dirty in the dugout. My brother-in-law Ed, who had said this country wouldn’t sprout black-eyed peas, brought my sister Attie to see us. They decided to homestead north of us. We were all together then, and I knew there wasn’t much hope of going back.

All of us children had to work in the fields planting and harvesting. In the winter we went to school. I loved school and secretly dreamed of going back to Texas to high school. My aunt offered to take my older sister Lucinda and send her to high school so that she could become a teacher. When my sister refused, I asked Mama if I could take her place, but she shrugged it off by saying that I was too young and should stay at home.

Sunday was a big day for us. Everyone in the community gathered at church. After the services, all of the relatives would go to one relative’s home for dinner and visiting. Sometimes we would have a church picnic and singing after church. All of us looked forward to those particular Sundays.

Do you admire the pioneer life? I respect those who were stalwart enough to live then, but I'mm glad I have my nice air-conditioned brick home! How about you?

I used a sandstorm like the one Dessie described in my western historical romance, THE MOST UNSUITABLE COURTSHIP. 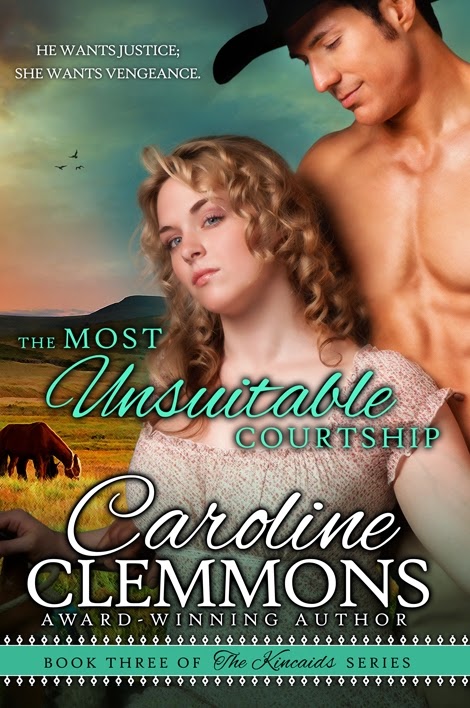