Common Medicines for the Family Home 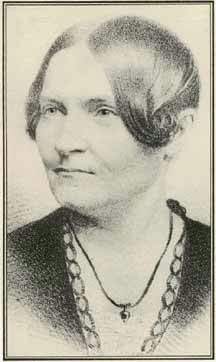 A while back, I came across a reproduction copy of THE FAMILY NURSE or COMPANION OF THE AMERICAN FRUGAL HOUSEWIFE by Mrs. Child.  It was originally published in 1835 and is full of helpful medical help.  One chapter is Common Medicines. It's worth remembering that women who went West were pioneers and that wife and mother was usually the 'doctor' of the family. So, our pioneering women would have some knowledge of the following.

Mrs. Child says, “Every family ought to keep a chest of common medicines, such as ipecac, castor oil, magnesia, paregoric, etc., and especially such remedies as are useful in croup.”  She stresses that medicines should be kept covered and have their names on them.  Medicines such as opium, laudanum, nitric acid, etc. should also be marked “in large letters, ‘Poison or Dangerous’” and kept out of reach of children.

“The operation of medicine is always favored by very simple food, very sparingly used. Gruel is the best article. As a general rule it is better to avoid the use of emetics, when cathartics [purging] will answer the purpose equally well.”

What do these medicines do?

Castor oil is a cathartic producing little pain.  It is recommended for pregnant women and those who just delivered, as well as children. You can mask the taste of it by mixing it with cinnamon water or with sweet coffee.

Carbonate of Magnesia is good for an acid state of the stomach. “A heaped up table-spoonful, well mixed in water or milk may be taken.”

Paregoric is used to control diarrhea.

What kinds of medicines were common in an 1837 household?  Besides those mentioned above, Mrs. Child suggests:

Manna as a laxative, but because of its mildness, it can mixed with senna, rhubarb or some other cathartic.

Rhubarb is “at once a tonic and cathartic…Some aromatic is usually combined with it, to render it less painful.  1 ounce of senna leaves, 1 drachm of bruised coriander seed, and a pint of boiling water; steeped an hour in a eathern vessel, and strained.”

Jalap is also a cathartic (evidently, making people vomit was considered a good remedy for many illnesses).  It is recommended especially where physic is required and is good to use in cases of dropsy.

Alum in “a weak solution held in the mouth is excellent for canker.”

Ginger, cinnamon, cloves and carroway are not only cooking spices, but for medicinal reasons as well.  The Home Nurse knew how to use these spices for helping family members with such things as dyspepsia, tooth aches, digestive problems and flatulence.

Cayenne may also be used as home remedy.  Sprinkled on flannel it can be used as a rubefacient (causing redness of the skin) and was thought to be effective “for violent pain of the bowels and as a wash for rheumatism.”

Camphor must be dissolved in alcohol or expressed oil and is good for nervous head-ache or faintness.  “Likewise comforting to bathe the hands, feet, and forehead, in cases of dry skin and nervous restlessness.” Camphor can also be used for muscular pains.

Mrs. Child lists twenty pages of common medicines in her book (along with long definitions of how to use them). THE FAMILY NURSE is available via Barnes and Noble and a great resource for anyone writing in the 19th Century.

Note:  Mrs. Child wrote many books, including The Frugal Housewife and is also well-known for her poem “Over the River and Through the Woods.”

*This is one of the lessons in my Pioneering Women of West Workshop.
Posted by Anna Kathryn Lanier at 6/14/2014