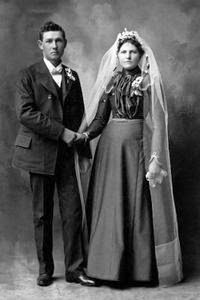 The invention of the mail order bride was born of necessity. As men moved farther into the open frontier of western America, the need for family, and available marriageable women, grew.

The 1800's saw the vast wilderness of the west open to early settlers coming to make their fortunes as new towns seemed to pop up over night. News of gold strikes and riches untold sent men in droves to the farthest reaches but once there, those same men realized the wild untamed land was missing one much needed asset. Women.

In a bid to attract eligible women, letters were sent back east to churches, advertisements were made in newspapers and magazines and courtship through letters was born. Photos were often sent, along with promises, some genuine and some not, of lasting companionship and marriage. Women of all walks in life agreed and made the journey out west with nothing more than their clothes and a promise from a man they'd never met.

In my story, His Brother's Wife, a promise of wealth and stability was offered to Grace Kingston. She left everything she knew behind and traveled across country to meet the man of her dreams…or so she thought. What she found was a fourteen year old boy, angry at the world and not afraid to show it. His older brother, Rafe, was the center of young Jesse's grief and Grace was now stuck in the middle of it. Read below to see Grace's reaction to the news.


“He’s just a boy.” Grace felt her chest tighten before her heart started thumping wildly. No wonder everyone inside the station had laughed at her. Jesse Samuels was a child and no one bothered to inform her. They said nothing. Just stood there laughing at her while she made a fool of herself.
Grace glared at those she could see. They had the decency to blush and look away before snickering. She turned back to Jesse. The real Jesse. He was still staring at his feet, his hands shoved into his pockets. The hat on his head shielded his entire face but embarrassment tinted his ears pink.
She sighed, her shoulders dropping before she shook her head. How had this happened? Grace lifted her hand, laying it to her forehead and tried to think. What did she do now? “How old is he?”
Rafe cleared his throat and shifted his weight to one leg. “He’s fourteen.”
Her eyes widened. “Fourteen?”
“Almost fifteen,” Jesse said, managing to look up then. He still didn’t look her in the eye but he wasn’t a mute as she’d begun to think. He stepped up on the sidewalk and shoved his hands deeper into his pockets. “Well, in nine months I will be.”
“Fourteen?” Grace mumbled the number under her breath before her knees gave out and she sat down hard on top of her trunk. She'd traveled across the entire country to marry the man painted so eloquently in the pages of his letter and here she sat, staring up at a child not even old enough to shave the whiskers from his chin.
When she woke this morning her first thought had been of him, Jesse, the sweet, shy man she’d come to know through the letter he'd sent. He owned his own ranch, he’d said, with a herd of steer so large he lost count of them most days. He worked hard, had a grand two-story home on five hundred acres of prime Montana soil. But he was lonely. He wanted a wife. Someone to share all his fortune with.
And she’d been gullible enough to fall for every single word.

I'm sure Grace wasn't the only woman lured out west by promises not meant to be kept. To find out what happened to Grace, and to her young suitor, Jesse and his brother Rafe, read his Brother's Wife, avaiable in eBook formats. 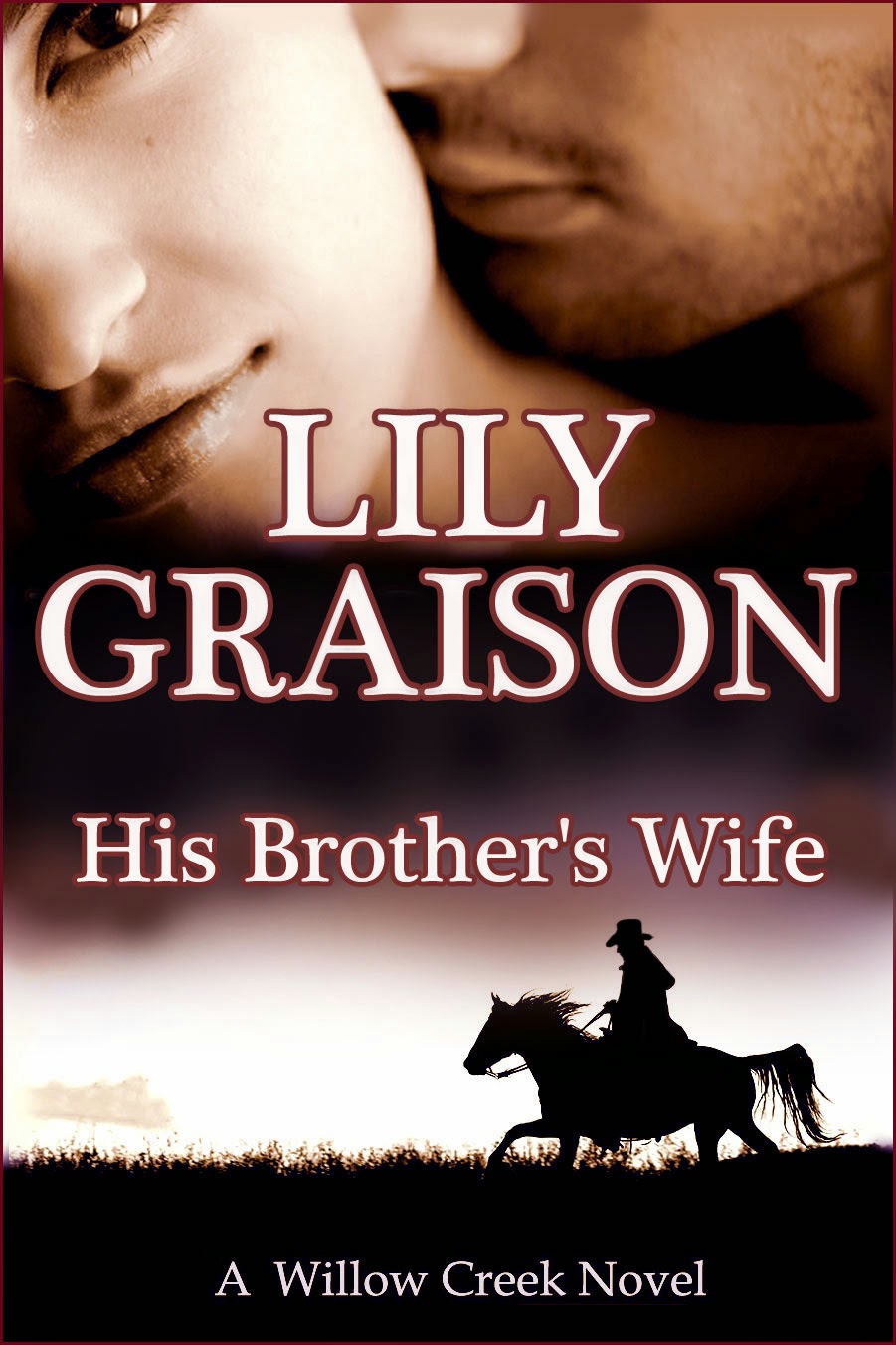 When Grace Kingston accepts a wedding proposal through a mail-order bride agency and travels across country to be married, she has no idea her bridegroom is a fourteen-year-old boy. There’s no way she can accept his offer but with depleted funds, and winter coming on, Grace has little choice but to stay. Things go from bad to worse when she meets Jesse’s older brother, Rafe. The attraction is immediate. He’s surly, rude and downright pig-headed but he makes her pulse race with a single glance.

Rafe Samuels thought to teach his brother a lesson by making him take responsibility for his rash behavior but one look at Grace and his plans go up in smoke. She isn’t the dowdy spinster he imagined and having her live in his house and not be able to have her is the worst kind of torment. But putting her out of his mind is impossible.

As fall turns to winter, Grace finds that living with the two brothers isn’t as simple a thing as she once thought. Jesse still thinks marriage is in the cards, and Rafe is a devilishly handsome distraction she doesn’t need. She can’t decide if he hates her or wants to kiss her. And how does she avoid breaking Jess’s heart when it becomes clear that the attraction between her and Rafe is mutual?


BUY THE EBOOK FROM:

She lives in Hickory, North Carolina with her husband, three high-strung Yorkies and more cats than she can count and is mother of two and grandmother of three. On occasion, she can be found at her sewing machine creating 1800’s period clothing or participating in civil war reenactments and area living history events. When not portraying a southern belle, you can find her at a nearby store feeding her obsession for all things resembling office supplies.

To see the dresses Lily has created, visit her Pinterest page.