What Makes a Real Hero? 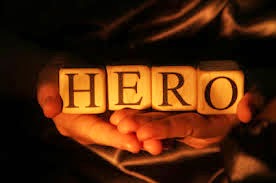 We hear the term "hero" bounced around quite often these days.
A man who catches a baby falling off a balcony is a "hero."
A little girl who battles cancer is a "hero."
A single mom who raises five children alone is a "hero."
And of course, we honor our military heroes almost on a daily basis.
We love our heroes.

Once labeled a hero, do we expect this same kind of behavior and outcome all the time? Are our heroes fallible in some way? Do they show an unexpected weak side?
Maybe we expect too much.

In this discussion, I'm thinking about fictional heroes. Those of us who write romance, or just read romance, have a concrete idea concerning his qualifications. The sheriff in High Noon, played by Gary Cooper, is one of my all-time favorites. 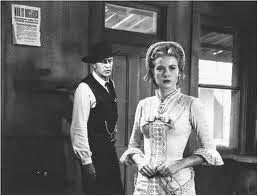 The "silver screen" has produced countless heroes, and many are featured in westerns.
Not all are perfect heroes. 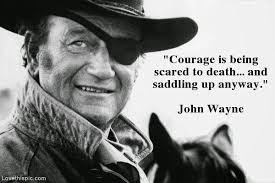 John Wayne probably tops the list of the western hero. But even the characters he played were not always our idea of a "good" one.

John Wayne movies which feature him as the perfect hero:
The Big Trail; Stagecoach; Rio Bravo; The Alamo.

John Wayne movies which feature him as a questionable hero:
The Searchers; True Grit; Reap the Wild Wind; Red River. 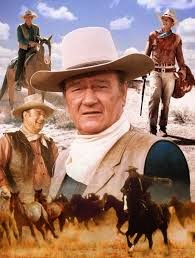 In the beginning stages of writing a new story, I expect the hero to act as such. However, as the story progresses, I learn my hero is not a perfect guy. At times, he fails to say the right thing, or he fails to behave in an expected manner, or he even might do something completely against his position.


Reading and searching for attributes that define a hero, I made a list of Common Qualities of a Hero:
Loyal
Determined
Sacrificial
Brave
Selfless
Dedicated
Gallant
Decisive

In general, a hero is often an average man who cares about his fellow man.
He understands how fragile life is.
He makes the right decision, but if he makes a poor one he can accept the consequences.
He is unselfish, always willing to help someone who needs it.
He stands up for the weak and the less fortunate.
He does not give up.
He is brave even in the face of adversity.
He always tries to do the right thing.

My personal opinion is that our heroes don't always live up to our expectations. How can they? The requirements are quite steep.

Most, if not all, of the heroes I've created are certainly not perfect. They make huge errors in judgment at times, and they disappoint someone who looked up to him or admired him.
So how does this type of hero regain his status?

I like the characteristic "he does not give up." Not one of my heroes gave up--not one. Now that I realize this, I'm pleased with Sam, Buck, Diego, Max, Will, Ricardo, Dalton, Jude, Rick, Matt, Cody, Jesse, Lee, and Alex.
Wow! I created all these heroes, and I love every one of them. In the end, each and every one came through and showed their true spirit--that of a worthy hero. 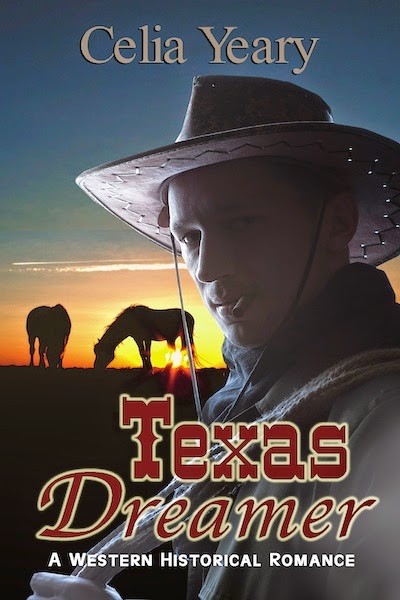 Lee King, the hero in my newest release Texas Dreamer, makes many mistakes as a young man. Disgusted with himself, he makes a turn-around and becomes a successful Texas rancher, and eventually a successful oilman.
When he meets Emilie McDougal, he sees a woman of worth and treats her as such.
Emilie admires Lee, but knowing little about men--except her father--she's wary of his intentions. Is Lee King as honorable as he seems? Or does he have a secret that might ruin her view of his nature? She eventually learns answers to her thoughts.

Questions to ponder:
Who is your favorite hero of all in a book, a movie, or a television series?
If you're an author, do you still love your heroes after all this time?
If you're a reader, what kind of hero disappoints you or "turns" you off?

Thank you for reading-
Celia Yeary-Romance...and a little bit 'o Texas
My Website
My Blog
Sweethearts of the West-Blog
My Facebook Page
Posted by Unknown at 6/02/2014