Robbery Snitch and a Pocket Knife

It’s always amazing to me the little, unique things found in museums and historical societies. Today I’m going to share two such items we found while in Wyoming last year.

1). This letter was hanging on the wall in one of the many buildings at the Old Town Museum. 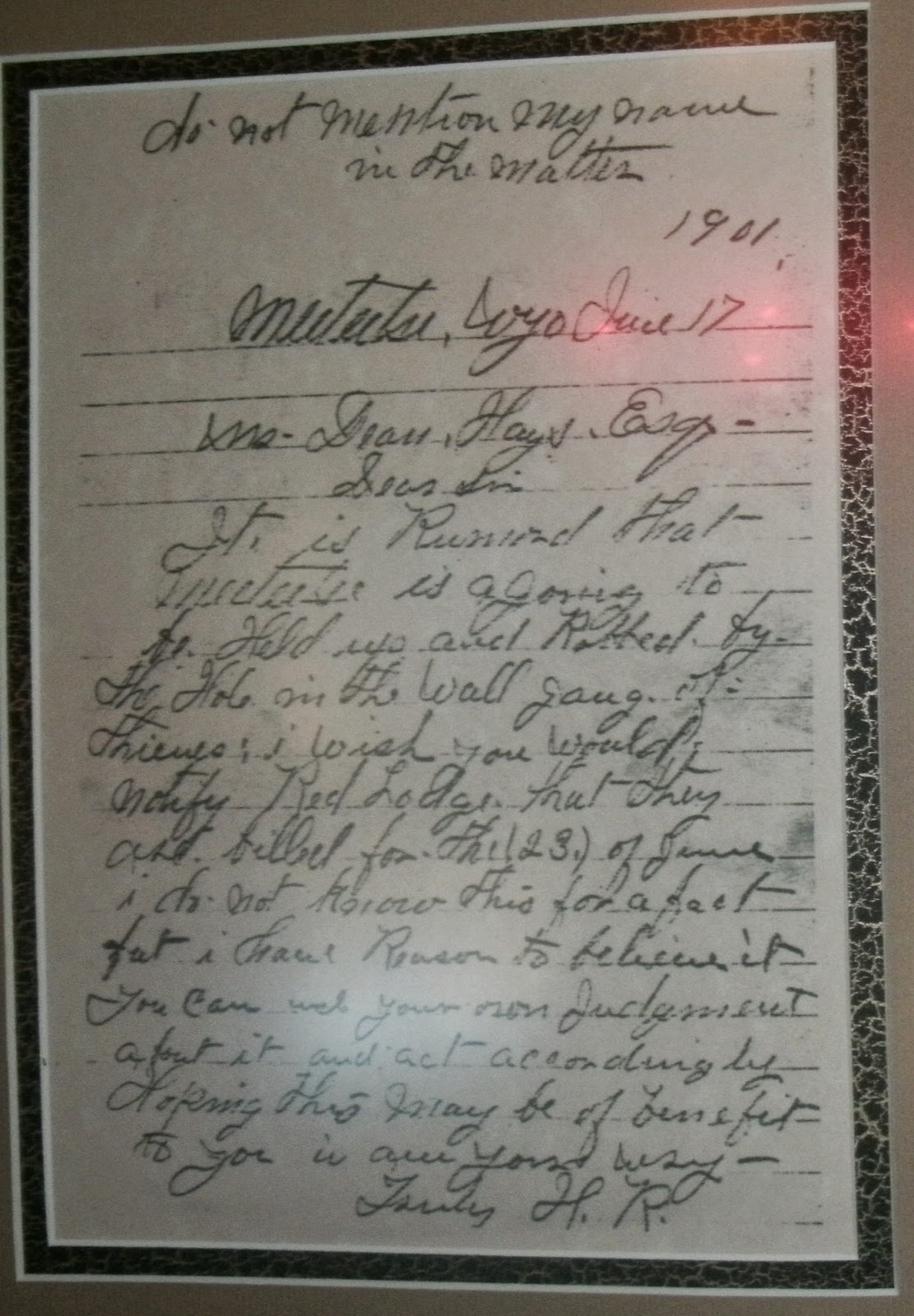 The letter states:
Do not mention my name in this matter.
1901
Meeteetse, WY June 17
Mr. Dean Hays, Esq
Dear Sir,
It is rumored that Meeteetse is going to be held up and robbed by the Hole in the Wall Gang of thieves. I wish you would notify Red Lodge that they are billed for the (23) of June. I do not know this for a fact, but I have reason to believe it.  You can use your own judgment about it and act accordingly. Hoping this may be of benefit to you in area. Yours very--
Truly H.R.

A statement beside the letter claimed neither bank was robbed due to this warning.

2). This knife was featured in the basement at the Museum of the West in the ‘inventions that didn’t quite make it’ display case. 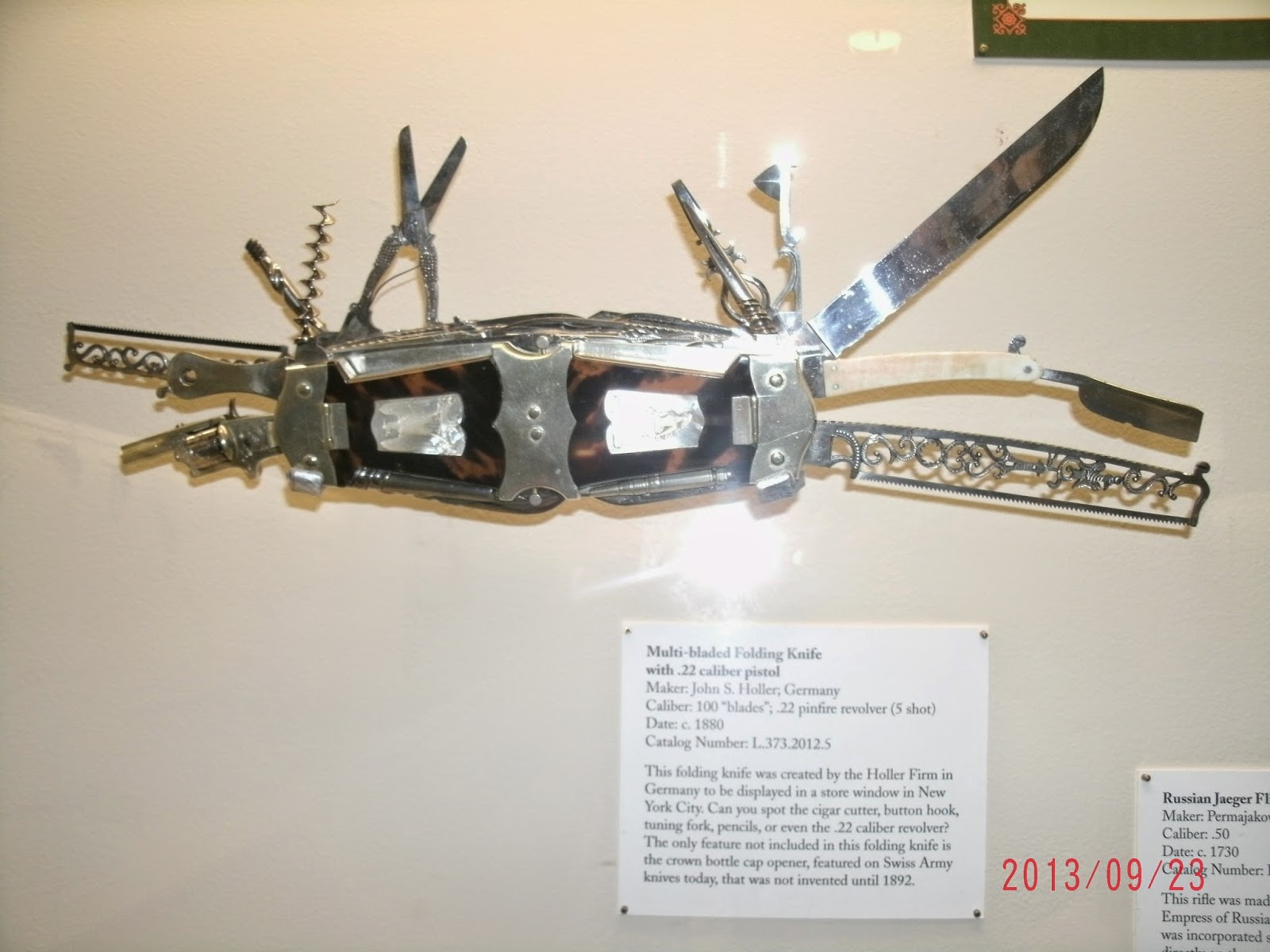 It’s a folding knife created by Holler Firm in Germany for display in a New York City store window around 1880. It hosts a cigar cutter, button hook, tuning fork, pencils, plus 96 other blades, including a .22 revolver. The only thing it doesn’t have is the bottle cap opener that appeared on the Swiss Army Knife created twelve years later in 1892.