How Settlers in the West Survived By Cora Leland 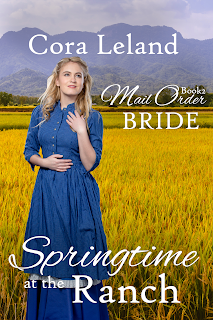 How Settlers in the West Survived

“Nobody can fully understand how tough life was in the West, or the courage it took to settle a new land with all its challenges. Those who were equal to the task were heroes and heroines, and their lives are worth remembering.” – R.O. Lane

The story of Willa Cather’s family leaving Back Creek, Virginia for the wilds of Nebraska was echoed thousands of times until the frontier was finally stated as closed in 1893.

Over the years, most settlers developed surprising resiliency.  For example, young Mollie Dorsey and her family left an area similar to Ms. Cather’s to move to the Great Plains.  Although their mother worried a great deal about how her children had no school to attend, no church, no doctor, and snakes crawled throughout the forest where they lived,  the girls were thrilled to be through with the competitive life back East. Their one room cabin was all they ever wanted from life.

Like Mollie and her mother, settlers usually planted vegetable gardens, and in the wagons, they’d carried poultry to raise.  One unusual trait – by today’s standards – was for more established people to welcome new settlers into their homes, not for a meal or two, but to sleep on their cabin’s dirt floor for a week or longer, while the newcomers’ home was built. Families continued to help each other, building their barns, plowing and haying each other’s meadows and ‘proving up’ their homes.

Friends and relatives from home paid calls to these new areas. A visit or a call included at least one full meal and often stretched over a few days. Half a dozen people would visit a friend, unannounced, resting gossiping and talking, eating and usually leaving after spending the day.  If the weather turned bad, the hosts would instantly invite their visitors to spend the night.

One lucrative way for young men to earn money was to travel their part of the state on the harvest circuit, sometimes on foot, sometimes by ‘conveyance,’ working at farms doing whatever the season dictated, sleeping in the barns and eating with the families.  Work in more expensive Colorado was dependent on the weather, the terrain, or the nature of the city.  For example, Rolf Johnson walked from his family’s central Nebraska homestead to Colorado in June, 1879.

Farm work included training horses, breaking them of bad habits like running away with their riders or scraping them off.  Often the farms were owned by wealthy Denver men. No provision was made for their helpers’ broken bones or ruined clothes if the horses broke loose.

However, this kind of work seems to have been a masculine pursuit. Women and girls usually lived quietly with their parents. Those who didn’t become servants would leave their homes for a few months at a time – ‘a season’ – staying with affluent women as their seamstress.
Clothes for women and children were made by hand sewing, and skilled needlewomen were in demand. Sewing machines did exist, but not many families owned them. Men’s clothes were inexpensive and readymade, though some men continued to wear homemade clothes, sewn from home spun fabric.

Women could work in Colorado at sewing, cooking, and millinery and be well paid.  There a seamstress could set her own rates, or so say the journals and diaries.  The cost of living, though, was much higher in Colorado.  In remote mining towns, spools of thread were 10 cents or more; in Denver they were 25 cents each.  In Nebraska they were five cents.  A dozen eggs in Denver was $2. The currency rate in Denver was gold dust; women carried it in little bottles.

Women could earn and save money, though it took a great deal of hard work and attention to detail. The building boom in Colorado meant more workers needing cooked food.  Cooking, or ‘boarding’, usually required at least two women and one or two cleaning helpers if the job was to run more than a week. There was a kitchen to be established – though sometimes cooking had to be done outdoors over a fire bounded by rocks.
Then there were tables and benches to be built. Sometimes this could be arranged through bartering meals for labor; the cooks were expected to find the lumber and order it. As far as cleaning helpers and other jobs, the cooks sometimes hired locals at very low rates.
Cooks had the authority to say what they would cook and what would be impossible. In the Rockies, vegetables were often scarce, and sometimes cooks demanded that they’d be unable to cook more than meat dishes and dessert.  If they had to cook over open fires, the dishes they’d serve would be different: no cakes or pies.

Such hard work was a stepping stone for women who wanted to work for themselves.  Boarding brought in a good sum of money, and the next rung up the ladder was buying or renting a tailoring or millinery shop and hiring seamstresses to work there.  These clever women built clientele and launched their businesses, and they’d started with little more than a sewing kit and good needlework skills.

During their first year of marriage, Mollie and By Sanford moved to Denver, crossing the plains by covered wagon.  He was a blacksmith, but had learned to be a jack of all trades. When they arrived in Denver, they moved at least a dozen times. By was finally able to build a one room house for them, but soon after it was completed, the town was flooded.

The waters swept homes, schools and livestock away, first at Cherry Creek itself. When the flood swept into Mollie’s street, some neighbor boys saw the flood waters rising and carried the young couple’s few precious possessions away in a wagon.  Unfortunately, Denver was a lawless kind of city, frightening Mollie with killings in saloons and dens of vice.  (In the wagons crossing the prairie, she cried when her husband swore at the teams.)

When Mollie Dorsey Sanford first came to Colorado she was a versatile young wife and in today’s jargon, she was an entrepreneur.  However, her funds were always very low. She and her husband, By, had sold most of their belongings so he could buy machinery for his gold mine.
This photo from 1864 Colorado is a gold prospector's gift to his parents.

She was wise, bartering dairy and eggs for as many things as she could.  (In those days, people kept cows and poultry in town.) The city of Boulder was made up of twelve log cabins; Mollie and By tried living up there, but she got sick, and By had to walk up the mountain to come home from his job as a day watchman each evening. Denver’s population was 5,000, including suburbs like Cherry Creek.

A Nebraskan about her age whom she did not know, Rolf Johnson, grew prosperous while he worked in Colorado, finding jobs as he could, in the mountains or in town, living in hotels in Denver, strapping on guns while he lived there. A young man’s life was very different, working, but also visiting theaters, the opera house, saloons and the red light district. Married or single, Mollie was dependent on her employers’ dispositions.

Rolf Johnson returned to Nebraska after a few months; Mollie and By Sanford lived permanently in Denver. Willa Cather graduated from The University of Nebraska in Lincoln, worked and lived in Nebraska, then in many areas, including Pennsylvania and New York.

Ruth B. Moynihan, Susan Armitage, Christiane Fisher Dichamp. So Much to Be Done

Tom Streissguth. Writer of the Plains. A Story about Willa Cather

Mollie. The Journal of Mollie Dorsey Sanford in Nebraska and Colorado Territories, 1857-1866