When my friends were going through the adoption process I found it fascinating and heartbreaking and ended up doing lots of research about it. Because I love history, I wanted to learn about the history of adoption. This led me to Mr. Charles Brace and the Orphan Trains. And inspiration for a series of books was born J 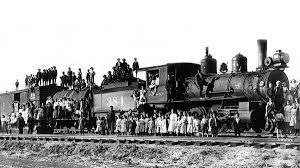 The Orphan Train Movement was a supervised welfare program that transported orphaned and homeless children from crowded Eastern cities of the United States to foster homes located largely in rural areas of the Midwest. The orphan trains operated between 1854 and 1929, relocating about 200,000 orphaned, abandoned, abused, or homeless children.

Three charitable institutions, Children's Village (founded 1851 by 24 philanthropists), the Children's Aid Society (established 1853 by Charles Loring Brace) and later, the New York Foundling Hospital, endeavored to help these children. The institutions were supported by wealthy donors and operated by professional staff. The three institutions developed a program that placed homeless, orphaned, and abandoned city children, who numbered an estimated 30,000 in New York City alone in the 1850s, in foster homes throughout the country. The children were transported to their new homes on trains that were labeled "orphan trains" or "baby trains". This relocation of children ended in the 1920s with the beginning of organized foster care in America.

Around 1830, the number of homeless children in large Eastern cities such as New York City exploded. In 1850, there were an estimated 10,000 to 30,000 homeless children in New York City. At the time, New York City's population was only 500,000. Some children were orphaned when their parents died in epidemics of typhoid, yellow fever or the flu. Others were abandoned due to poverty, illness or addiction. Many children sold matches, rags, or newspapers to survive. For protection against street violence, they banded together and formed gangs. 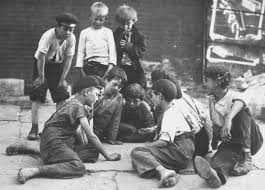 primarily offered boys religious guidance and vocational and academic instruction. Eventually, the society established the nation's first runaway shelter, the Newsboys' Lodging House, where vagrant boys received inexpensive room and board and basic education. Brace and his colleagues attempted to find jobs and homes for individual children, but they soon became overwhelmed by the numbers needing placement. Brace hit on the idea of sending groups of children to rural areas for adoption.

Brace believed that street children would have better lives if they left the poverty and debauchery of their lives in New York City and were instead raised by morally upright farm families. Recognizing the need for labor in the expanding farm country, Brace believed that farmers would welcome homeless children, take them into their homes and treat them as their own. His program would turn out to be a forerunner of modern foster care.

After a year of dispatching children individually to farms in nearby Connecticut, Pennsylvania and rural New York, the Children's Aid Society mounted its first large-scale expedition to the Midwest in September 1854. The scope of this movement was amazing! The Children's Aid Society's sent an average of 3,000 children via train each year from 1855 to 1875. Between 1854 and 1929, an estimated 200,000 American children traveled west by rail in search of new homes. Brace's notion that children are better cared for by families than in institutions is the most basic tenet of present-day foster care.

Of course, there were all sorts of tragedies involved in this. The need for it was tragic and sadly, there were many opportunities for less than reputable individuals to exploit these tragedies. But there were also many success stories.

I was inspired by this background to write my Orphan Trainseries which was just recently released in a boxed set. 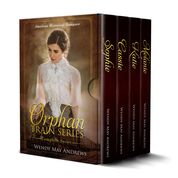 She'd happily give him her heart … if only it wouldn’t cost her the only home she’s known
Sophie Brooks thought she had everything she could want in life. Friends, loved ones at the orphanage where she was raised, a job that gives her purpose, and a chance to help children every day … what more could she need? But a chance encounter with a handsome stranger has her wondering if a life—and love—outside the orphanage might be exactly what she never knew she needed.Renton Robert Rexford III has never wanted for anything. Until he meets Sophie. The charming, intelligent beauty draws him like no other. But, thanks to a disapproving benefactor who threatens to pull the orphanage’s funding, his pursuit of her could cost Sophie everything she holds dear. She’s all he wants in the world, but how can he ask her to give up so much when all she’d get in return is his heart?It’s not long before Sophie is forced to weigh her loyalty to the only home she’s ever known against the needs of her heart. Can love prevail—or is the cost simply too high?
Posted by Wendy May Andrews at 5/16/2020