WHO CARES ABOUT WOMEN VOTING: Colorado in 1893 by Marisa Masterson

Women in Wyoming already had the vote. The ladies in Colorado wanted their state to be the next to gain that right. 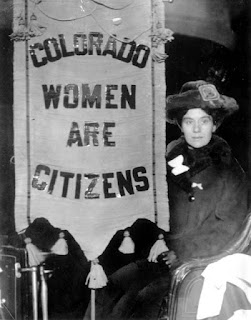 They'd tried in 1890 and been disappointed. Men voted not to allow women that right. After all, it was a short step from granting them the right to vote and the ladies using it to outlaw alcohol. Many men saw women's suffrage and the Temperance Movement as hand in hand. 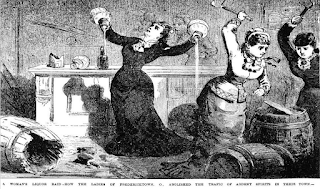 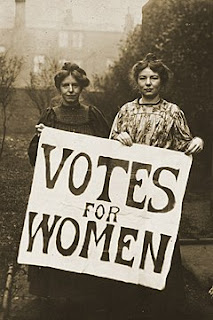 The defeat in 1890 was such a disappointment that many of the national suffrage organizations didn't come to Colorado in 1893 to help rally people to the cause. Truly, this was a grassroots effort with local chapters champaigning hard for the female vote.
In fact this is where my hero and heroine first meet, at a local suffrage rally in Sylvia's Secret.

Scooting to the middle of the row, Sylvia worked to slow her ragged breathing. As she lifted the netting, nervous fingers made sure her glasses were still in place. Not that she needed them. No, they were only a part of her disguise, as was the tight bun that pulled at the skin of her face to give her a pinched look.

Women on each side of her flashed welcoming smiles before returning their attention to the speaker. Needing to blend in, Sylvia did the same. She expected to hear about foreign missions. That was a common topic for ladies’ meetings.

The speaker’s voice rose as she raised one fist. “Tyranny does not belong in our democracy. Women are as much a part of ‘We the People’ as are men. Those first words that begin the Constitution guarantee that we are members of this democracy.”

Sylvia nearly gasped. She raised a hand to her lips and coughed to cover it. Oh, she’d done it now. She was surrounded by suffragettes! If her father had discovered her secret in China Alley, she’d planned to argue that at least she hadn’t joined the suffragist movement. He hated that more than he despised the Chinese.

At that moment, the speaker spoke that very word. Chinese. “So, we fight not simply for the right to make our own future, but also for the Chinese women’s rights.”

That was a new thought for Sylvia. Her father and aunt both ranted about the unnatural suffragettes. “The Good Book’s already told us where woman belongs. In the home, that’s where,” her aunt had growled out more than once.

Try as she might, Sylvia couldn’t remember a bible verse that said this. Each time Aunt Clarice made the statement, Sylvia’s father only nodded and growled out, “Want the man to raise the children, they do, so they can run the government.”

In the end, it was almost a non-issue, sadly. The vote turn out was low. This meant that there was an edge for those who truly cared and wanted to see their wives, mothers, and daughters gain their democatic right to vote. Because of the low turn out at the polls, Colorado became the second state to give women the vote.

Here's how I celebrate that historical win in my novel:

“It passed! The referendum is law!”

Lydia Frasier waved a telegram in one hand and a newspaper in the other. She ran to the head table where her son sat with his wife. If it had been anyone else yelling like that, shocked murmurs might have started. This was Lydia, and the guests at her son’s wedding reception understood.

“Fifty-five percent, Ernie! Take a look!” She handed him the telegram.

He scanned the small paper with a growing grin. Raising his head, Ernest held up a hand. “May I have your attention. Sylvia and I thank you for coming out to celebrate with us. Seems we have more to be thankful for today. Women now have the right to, and I quote, ‘vote in the same manner in all respects as male persons are.’”

But why such a low turn out? If men really felt strongly about stopping women's suffrage, wouldn't they have come out to the polls? The answer is yes, they would have. By this point, people were apathetic toward the issue. They wouldn't vote for or against. Many seemed to no longer care.

For further reading, I encourage you to go to https://www.historycolorado.org/story/womens-history/2019/11/07/road-vote. This Colorado source is excellent for retelling the history of suffrage in that state. 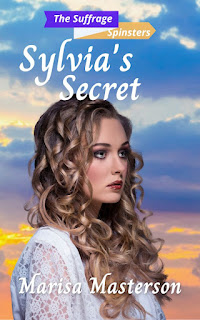 Sylvia makes up her mind to no longer be the "good daughter". Not when Chinese children couldn’t attend school. Besides, she's nearly thirty-years-old, already a spinster! She was old enough to make decisions.

Her secret teaching leads her into danger. That danger sends her running for safety. Dodging into a hall to escape her pursuer, she finds that safety at a suffragette meeting.

What an odd place to fall instantly in love! Who would expect to meet a handsome man in a women’s rally?

A quick marriage and threats to her new husband’s life make Sylvia realize that some secrets have to come out into the open.

If you enjoy sweet romance with a historical flavor, then sink into a chair and start reading Sylvia's Secret.