Memorial Day - When It Began by Zina Abbott 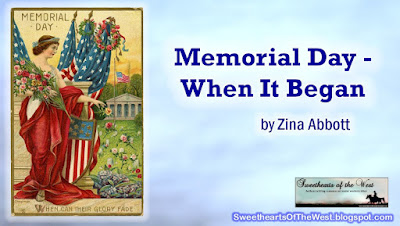 Every year since the end of the Civil War, Americans celebrate the lives that were lost in war.

The practice of strewing flowers on the graves of those lost to battle started centuries ago in early Rome. The practice continued in parts of Europe. With so many dead as a result of the Civil War, and with so many buried in less-than-ideal situations, the desire to pay tribute to those who gave their all.

With his General Order Number 11, dated May 5, 1868, General John Logan called for a nationwide observance which would be known as Decoration Day. It was first observed nationally on May 30, 1868.

The objective was “for the purpose of strewing with flowers or otherwise decorating the graves of comrades who died in defense of their country during the late rebellion.” In addition to the decoration of graves, Decoration Day was also to be observed with “fitting services and testimonials of respect as circumstances may permit.”


Veterans and their loved ones, as well as widows, orphans, and other bereaved, responded with great enthusiasm. That year, 183 cemeteries in 27 states celebrated Decoration Day, and observance only grew in the years that followed.

General James Garfield (not yet president) gave a speech at Arlington National Cemetery with other generals. During the observance, 20,000 graves of Union and Confederate soldiers were decorated.

Fort Stevens near Washington D.C. had a small cemetery with 40 soldiers buried there. One of the soldiers buried was the son of a widow who lost three sons to the war. She laid 40 wreaths on 40 graves during that first Decoration Day.

At City Hall in Washington D.C., a laurel wreath was placed on the head of the Lincoln statue.

The Spring Grove Cemetery in Cincinnati lined the route to the cemetery with half-mast flags. Floral wreaths were laid on the graves of soldiers and speeches were given.

By 1890, all the northern states had made it an official state holiday.

The South didn’t celebrate Logan’s Decoration Day until after World War I, when the holiday shifted from honoring Civil War dead to honoring the American dead of all wars. Instead, Southerners paid tribute to their Confederate dead locally on days throughout spring and early summer. 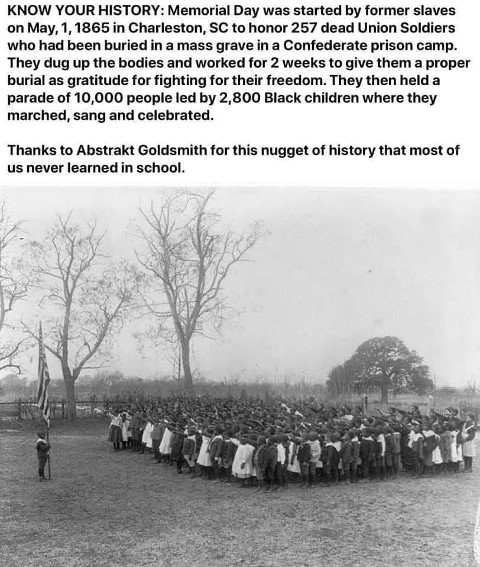 The celebration of Decoration Day grew to remember all those who sacrificed their lives for their country.

Eventually, the day became Memorial Day, and it was celebrated on May 30 until Congress passed the Uniform Monday Holiday Act of 1968.

Since 1971, Memorial Day has been celebrated on the last Monday of May.

My post was late today because I was busy meeting a book upload deadline. Joshua’s Bride, the first book in the Land Run Mail Order Brides series is currently on pre-order and scheduled for release on June 3, 2022.