Were you a fan of “Gunsmoke” when it was a radio and TV staple? Although I wasn’t aware of the radio show, my family never missed the TV version. (It’s probably in syndication on some station.) At the time we watched “Gunsmoke”, I had no idea that the character of Miss Kitty was based on a real person. That woman was Carlotta J. Thompkins, also known as Lottie Deno, Mystic Maude, Angel of San Antonio, Faro Nell, Queen of the Pasteboards, and Charlotte Thurmond. She and Frank Thurmond were immortalized as Faro Nell and Cherokee Hall in a series known as the Wolfville books, written by Alfred Henry Lewis. 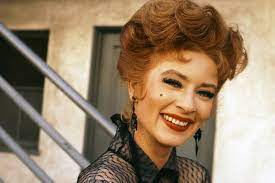 Lottie was born April 21, 1844 to upper-class Kentucky farmers near Lexington and Louisville. At one time, her father served in the Kentucky General Assembly. The area traded with both northern and southern states and her father traveled a great deal on business. He grew tobacco and hemp as well as engaging in horse trading, racing, and breeding.

With her younger sister, she attended school at an Episcopalian convent. After completing her education there, the attractive redhead traveled with her father on business to such destinations as Detroit, New Orleans, and Europe. He had no son and intended Lottie to take over his business for him. While on these trips, her father taught her the intricacies of gambling with cards.

Mary Poindexter was Lottie’s seven-foot tall nanny. Mary was loyal to and protective of Lottie. Her family didn’t have to worry about Lottie as long as Mary was with her. On several occasions, Mary saved Lottie from harm.

When the Civil War began, Lottie was seventeen. Her father enlisted and was immediately killed in battle. She, her mother, and sister were left tending the plantation. Relatives pooled money and sent Lottie to Detroit in the hope she would find a wealthy husband to help her family. Evidently, she was the best chance they had to survive. She loved the parties and balls, but instead of finding a suitable husband, she met up with Johnny Golden, one of her father’s former jockeys who had become a gambler.

Eventually, Lottie ran out of money. She and Johnny, accompanied by Mary, struck out plying the riverboat gambling parlors throughout the war. She sent her relatives money but knew they wouldn’t have approved of her gambling. She told her straight-laced Episcopalian family that she had married a wealthy Texas rancher. Some say she never saw any of them again while others insist her sister came to San Antonio after their mother’s death. So, she repaid them for the money they chipped in to send her to Detroit, even though she believed she had to deceive them.

Near the end of the war, Lottie and Mary headed for San Antonio. At the time, the town was well-known as a wide-open gambling town. Johnny Golden was to meet up with them there later. Lottie found a job dealing in Frank Thurmond’s University Club, with Mary seated on a stool behind her to watch for trouble. 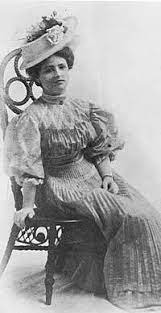 It was a winning hand that earned her a new name. A drunken cowboy yelled out to her “Honey, with winnings like that, you ought to call yourself Lotta Denero.” She didn’t take his full advice, but she did change her name to Lottie Deno.

Lottie’s dress and manners were those of a genteel Southern lady. She didn’t allow cursing, drinking, or tobacco at her table. Obviously, such a gracious lady wouldn’t cheat, would she? Men lined up to play cards with the “Angel of San Antonio”.

Lottie fell in love with her boss, Frank, and was loyal to him. He and another player got in a fight and Frank killed the man with a Bowie knife. The deceased man’s family put a bounty on Frank so he headed west. This was during a local economic boom on the Texas frontier as demand for bison hides spiked in the mid and late 1870s. Cowboys and traders flush with cash during the period became targets for gamblers in frontier communities. Soon Lottie found Frank working in Fort Griffin under the name Mike Fogarty. He was bartender in a place called the Bee Hive. Lottie got a job dealing there. 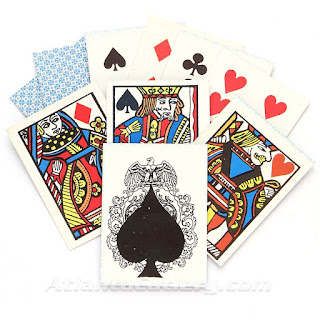 It was at Fort Griffin that her notoriety and legend became most established. Fort Griffin was a frontier outpost west of Fort Worth near the Texas Panhandle known for its saloons and the rough element it attracted. (Closest modern town would be Albany, Texas.) Gaining fame as a gambler, Lottie became associated with various old west personalities, including Doc Holliday. Supposedly, Lottie won $3,000 from Doc in one night. 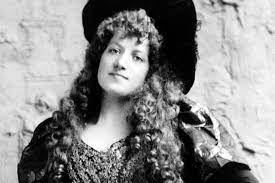 Lottie Deno
At Fort Griffin, Johnny Golden caught up with Lottie. He died mysteriously in an alley that night. Lottie paid for his funeral and coffin, but didn’t attend. Instead, she stayed in her home with curtains drawn.

After five years at the Bee Hive, Frank and Lottie left for New Mexico and married December 2, 1880. Once again, Frank was in a fight in which he killed a man. This time Lottie and Frank had had enough of that life and changed course. They left Silver City, New Mexico and settled in Deming. Frank was in mining and real estate and eventually became an officer of Deming National Bank. As Charlotte Thurmond, Lottie was a well-respected member of the community. She even taught Sunday School.

Although they quit gambling, Lottie Deno hosted one more game in 1892, which raised $40,000 to build St. Luke’s church.  Frank’s friend Doc Holliday participated in that game. Reportedly, Lottie Deno made one of St. Luke’s altar cloths.

Frank and Lottie had been together for over forty years when he died in 1908.  She died in February 9, 1934 and is buried beside Frank in Deming.