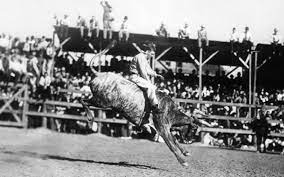 Livestock was provided by the prison farms, and Simmons trucked in spectators and inmates on “rolling jails” from the prison farms and the prison itself, called “The Walls” by many. The rodeo took place on the prisoners’ baseball field.

The wooden stadium only seated a few hundred, so organizers had to turn away fans.  In 1938 the arena seating was doubled and in 1950 a red brick arena with a 20,000 seating capacity was built for one million dollars. 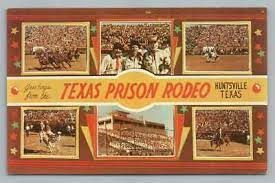 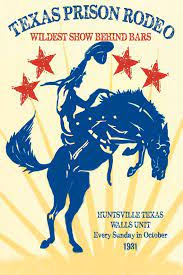 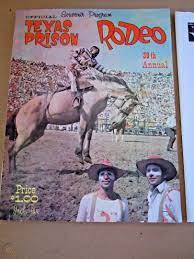 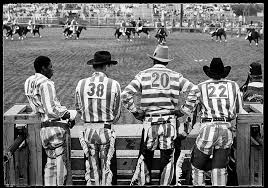 Prisoners were paid for performing.  They earned two dollars in 1938 and ten dollars in 1986, but the main draw was the satisfaction and recognition for winning. O’Neal Browning began participating in rodeos when he was sixteen. His father, who wanted Browning to help him on the farm, beat the boy regularly even though he was bringing money home from rodeo winnings. While still in his teens in a drunken rage, Browning killed his father with an ax and was sentenced to life in prison. For 30 years he participated and became a celebrity as he was the top winner in seven rodeos. 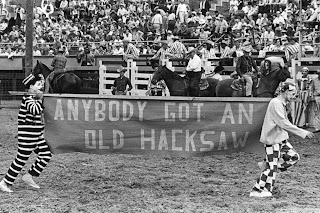 The rodeo involved inmates throughout the prison systems and local businesses such as restaurants and stores benefitted from the resulting tourism. In 1975, astronauts and cosmonauts from the Apollo-Soyez space mission attended the rodeo. In 1980, the film “Urban Cowboy” filmed several scenes from the arena and included the prison rodeo in the film’s plot.

Only two inmates ever escaped. One year a pair of convicts slipped under the bleachers and put on clothes left by an outside accomplice. As they were heading toward the exit, a security guard actually threw them out of the rodeo because he thought they were sneaking in. 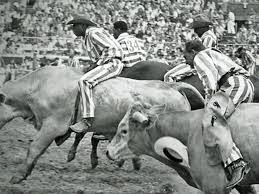 Several factors contributed to the rodeo’s demise.  The energy crisis and inflation in the 1970s and 1980s, along with poor advertising and bad weather dramatically reduced the crowds. As Huntsville and the surrounding area became increasingly less rural, fewer inmates had the necessary skills to participate safely.  Changing views emerged concerning the treatment of incarcerated people.  Federal funding increased to the state prison system and eliminated the pressure for the state prison system to earn its own finances.  The rodeo was still quite popular in 1986 when engineers condemned the stadium as unsafe. Efforts to revive the rodeo in the 1990s proved unsuccessful. In 2012 the rodeo grounds were demolished. 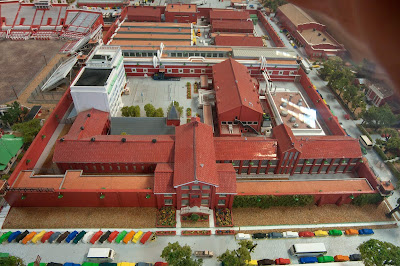