It's a Great Big Land Out There

The story of the settling of the West is the quintessential story of America. It is a story rich in symbolism and full of inspiration. The story of the American West is a narrative of explorers intrepid in their abilities to find the routes across the land; a tale of hardy pioneers seeking what has become the American dream of a better life, and stories of outlaws flouting authority and becoming myth themselves. These all combined to define the American spirit, even today.

Manifest Destiny was both the justification and the inevitable reasoning for westward migration. This expansion was set into motion in 1803 when with a stroke of his pen, Thomas Jefferson completed the Louisiana Purchase and doubled the landmass of the fledging nation. Meriwether Lewis and William Clark were commissioned by Jefferson to explore, map, and discover what this terra incognita held. The Lewis and Clark expedition was a start to learning what was "out there." 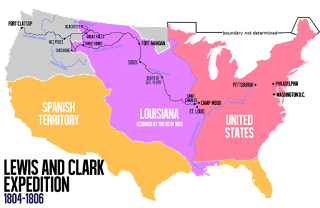 Over the following century, waves of settlers dared the West. First came the trappers and hunters. Then came the pioneers. With the discovery of gold in the 1840s and silver in the 1850s, the rush west became supercharged. Lastly, came the sod-busters. All of these dauntless souls faced real, life-threatening dangers. Impossible terrain. Wildlife with big teeth and bigger claws. Outlaws came later--men who were quick to draw, without a care for bystanders. Later came the gamblers and con men. Among all this were weather extremes: searing heat in the desert Southwest, gale-force winds on the plains, blinding blizzards and bitter cold in the Rockies. Lastly, those wishing to make a life in the West faced the Native Americans--the people who robbed of their lands and culture, tormented at nearly every turn by the U.S. Cavalry, and repeatedly betrayed by the government of the U.S. turned violent and hostile. 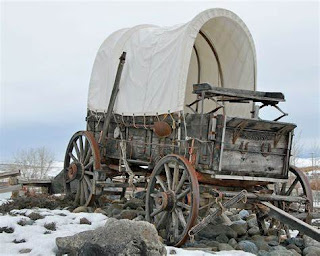 It took a hardy constitution to survive any of these perils. The men and women who settled the West were toughened by the experience. They also became our nation's future. From the Western plains came men and women who drove economic, political, and social growth. These souls shaped the American pysche. 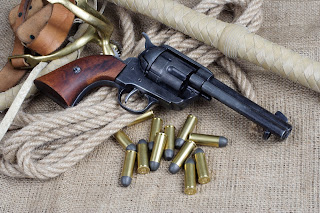 Is it any wonder why so many of us still love Western movies and why, time and time again, after being declared dead as a genre, the Western roars back? It was formed within the hearts and souls of the very nation itself.
Posted by Lynda at 11/18/2019